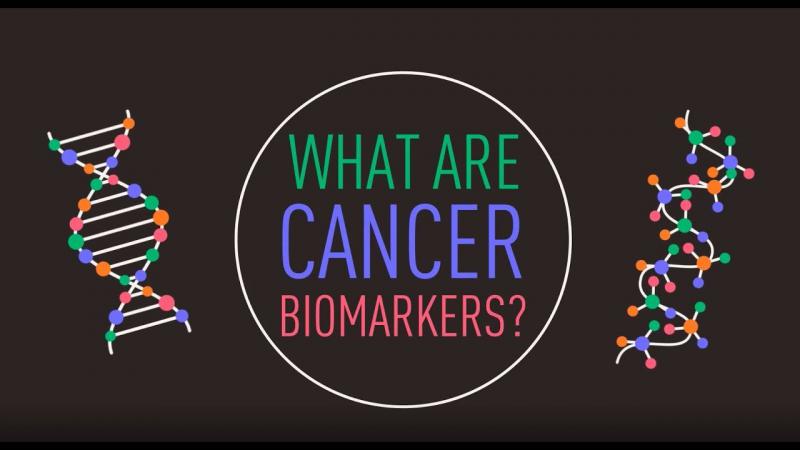 The Global Cancer Biomarkers Market, by Biomarker Type (Protein Biomarkers, Genetic Biomarkers, and Others), By Cancer Type (Breast Cancer, Lung Cancer, Prostate Cancer, Kidney Cancer, Liver Cancer, and Others), by End User (Hospitals, Academic and Cancer Research Institutes, Ambulatory Surgical Centers, and Diagnostic Laboratories), was valued US$ 33.7 billion in 2017 and is projected to exhibit a CAGR of 14.2% over the forecast period (2017–2025) as highlighted in a new report published by Coherent Market Insights.Cancer biomarkers are biological molecule produced either by tumor cells or by human tissues in response to cancer, which then measured and evaluated as an indicator of cancerous processes within the body. Cancer biomarkers are extensively used in detection and management of patients with cancer. In patients, who undergone curative surgery for cancer, biomarkers are used in follow-up surveillance and for early detection of possible recurrent disease. Moreover, continuous advancements in cancer diagnosis includes use of molecular biomarkers as part of routine diagnostic tests. Molecular alterations used for cancer diagnosis involves application of DNA, RNA, microRNAs, and proteins. Governments of various countries are focusing on investing in prevention and early intervention of cancer, to reduce emotional and physical impact of cancer on patients and their families. Moreover, national healthcare departments are involved in continuous development in cancer research and treatment. Increasing incidence of cancer is expected to lead to innovation and development in the area of cancer diagnosis with biomarker. For instance, according to the 2015 data findings, U.K. Department of Health & Social Care invests US$ 7.5 billion on cancer related treatment and services, annually.Growing prevalence and incidence of various types of cancer coupled with increasing need for early diagnosis of cancers are the major factors driving growth of global cancer biomarkers market over the forecast period. Continuous research and development and technology advancements in cancer biomarkers had led to introduction of better and affordable biomarkers in the field of clinical diagnosis. For instance, according to the data published in Cell Metabolism Journal, in March 2018, a team of Australian researchers found a unique metabolic marker, which can detect adenocarcinomas, a form of lung cancer. These metabolic biomarkers respond to immunotherapies and offers simple, non-invasive blood test for early detection of lung cancer.Request A Sample Copy: https://www.coherentmarketinsights.com/insight/request-sample/175In February 2018, researchers at Georgetown-Lombardi Comprehensive Cancer Center, identified biomarkers, which can use liquid biopsies to predict response to cancer treatment and help in identifying increasingly specific subsets of GI cancers to make treatment decisions. According to the data published in the European Journal of Breast Health, in October 2017, body fluid tests can be used for early detection of new or recurrent breast cancer. This new approach includes tissue testing and body fluid analysis of individuals diagnosed with breast cancer, for more effective cancer treatment.Moreover, manufacturers are focusing on developing new cancer biomarkers, which would aid in early diagnosis of cancers and are used for oncology research studies. For instance, in November 2016, Oxford Cancer Biomarkers Ltd. introduced ColoTox test for predicting risk of toxicity with cancer chemotherapy tests. In December 2015, Olink Bioscience introduced Proseek Multiplex Oncology II96x96: 92 human protein biomarker panel for oncology research.Breast cancer is the second most common type of cancer in the U.S., after skin cancer. Breast cancer can occur both, in men and women. However, it is mostly found among females and the male occurrence of breast cancer is very rare. According to the Centers for Disease Control and Prevention (CDC), in 2014, 236,968 women and 2,141 men in the U.S. were diagnosed with breast cancer, while 41,211 women and 465 men in the U.S. died from breast cancer. According to the Cancer Research U.K., 2015 statistics, 55,122 new cases of breast cancer were registered in 2015, in the U.K. Moreover, according to the similar source, in U.K., breast cancer is the most common cancer, which accounted for 15% of all new cancer cases in 2015.According to the International Agency for Research on Cancer (IARC), in 2012, an estimated 14.1 million new cancer cases were reported. Among these, the most common form of cancer was lung cancer (13%), breast cancer (11.9%), and colorectal cancer (9.7%). According to the World Cancer Research Fund (WCRF) International, 2015 data findings, 58% of the lung cancer cases were reported in emerging economies, in 2014. Hungary had the highest rate of lung cancer, followed by Serbia, and North Korea. Moreover, highest incidence of lung cancer was registered in North America and Europe, for the same year. According to the National Cancer Institute, in 2014, around 66,771 people were suffering from liver and intrahepatic bile duct cancer in the U.S. Liver and intrahepatic bile duct cancer represented 2.4% of all new cancer cases reported in the U.S. in 2014. Moreover, obesity, diabetes, alcoholic liver disease (cirrhosis), chronic hepatitis B, hepatitis C infections, tobacco, and smoking are the most common risk factors for liver cancer. According to the Centers for Disease Control and Prevention (CDC), February 2018 data findings, each year in the U.S., around 22,000 men and 9,000 women suffer from liver cancer, and around 16,000 men and 8,000 women die from liver cancer. Thus, substantial increase in incidence and mortality rate of liver cancer in the country, is expected to boost growth of cancer biomarkers market, in the near future. However, high treatment cost and unfavorable reimbursement policies for cancer biomarkers is a factor hindering growth of the cancer biomarkers market. Cancer diagnosis is relatively expensive, which primarily includes medical and non-medical costs for cancer diagnosis, treatment, and cancer care. For instance, according to the Cancer Action Network, in 2014, cancer patients in the U.S. paid around US$ 4 billion out-of-pocket for cancer treatment. In addition to this, around US$ 87.8 billion was spent in 2014, in the U.S., on cancer-related health care.Download the PDF brochure: https://www.coherentmarketinsights.com/insight/request-pdf/175About Coherent Market Insights: Coherent Market Insights is a prominent market research and consulting firm offering action-ready syndicated research reports, custom market analysis, consulting services, and competitive analysis through various recommendations related to emerging market trends, technologies, and potential absolute dollar opportunity.Contact Us: Mr.Shah Coherent Market Insights 1001 4th Ave, #3200 Seattle, WA 98154 Tel: +1-206-701-6702 Email:sales@coherentmarketinsights.com

05-12-2021 | Health & Medicine
Allied Market Research
Cancer Therapeutics Market New Business Opportunities to Hit $180.19 billion by …
Surge in geriatric population and rise in the number of collaborations & partnerships to facilitate drug development are the key drivers of the global cancer therapeutics market. In addition, heavy inflow of investment in R&D activities has enhanced the development of cancer therapeutics. Furthermore, favorable government regulations for cancer therapeutics and surge in cancer prevalence boost the market. The high demand for personalized medicine along with high potential of emerging
01-26-2021 | Health & Medicine
Cancare Foundation
Primary Prevention of Cancer
Primary prevention of cancer aims to prevent the disease before it ever occurs. More than 4 in 10 cancers as well as cancer deaths are linked to modifiable risk factors that can be altered as part of primary cancer prevention. The modifiable risk factors for primary prevention include: 1. Cigarette smoking: Smoking causes almost all cases of lung cancer and accounts for 30% of all cancer deaths. Prevention strategy for this risk
12-05-2018 | Business, Economy, Finances, B …
Coherent Market Insights - Biotechnology
Cancer Vaccines Market
Manufacturers in the cancer vaccines market are focusing on developing new vaccines in order to treat various cancers. Through this, they are expected to gain a competitive edge in the market and increase their market share. For instance, Gilead Science Inc., in 2017, acquired Kite Pharma Inc., which is involved in development of different type of immunotherapy and vaccines. Also, Treos Bio, in 2017, collaborated with Pharmaceutical Product Development, LLC
07-24-2017 | Health & Medicine
Cancer Diagnostics
Cancer Diagnostics Global Market: By Application - Breast Cancer, Lung Cancer, C …
Researchmoz added Most up-to-date research on "Cancer Diagnostics Global Market: By Application - Breast Cancer, Lung Cancer, Colorectal Cancer, Melanoma & Other Cancers" to its huge collection of research reports. This report studies Cancer Diagnostics in Global market, especially in North America, China, Europe, Southeast Asia, Japan and India, with production, revenue, consumption, import and export in these regions, from 2012 to 2016, and forecast to 2022. This report focuses on top
09-22-2016 | Advertising, Media Consulting, …
Intense Research
Global Cancer Vaccines Market 2016: Liver cancer, Cervical cancer, Stomach cance …
Latest industry research report on Cancer vaccines are the type of immunotherapy (also named as biologic therapy), designed to boost body's natural defense against cancer. The body's natural immune system recognizes vaccine proteins as the foreign particles and sets up an immunity against them. According to World Health Organization (WHO), cancer is a leading cause of worldwide mortality registering ~14 million new cases and ~8.2 million cancer-related diseases in 2012. Personalized
01-22-2012 | Associations & Organizations
Ramon Aboitiz Foundation Inc. (RAFI)
Taking thyroid cancer seriously
With the increasing incidence rate of thyroid cancer in Metro Cebu, the Eduardo J. Aboitiz Cancer Center (EJACC) of the Ramon Aboitiz Foundation Inc. (RAFI) urged the public to undergo early screening and prevention measures to fight the disease. “Thyroid cancer is high on prognosis. It is preventable through various screening methods, such as physical examination and ultrasound of the neck, as well as some prevention measures, including regular exercise and
Comments about openPR
Your portal is fast, simple, and easy to use. Others may have more functions but they also demand more editing time, you have to preformat the text in order to achieve a good result etc. I think openPR is really fantastic!
Andreas Knepper, wallmedien AG