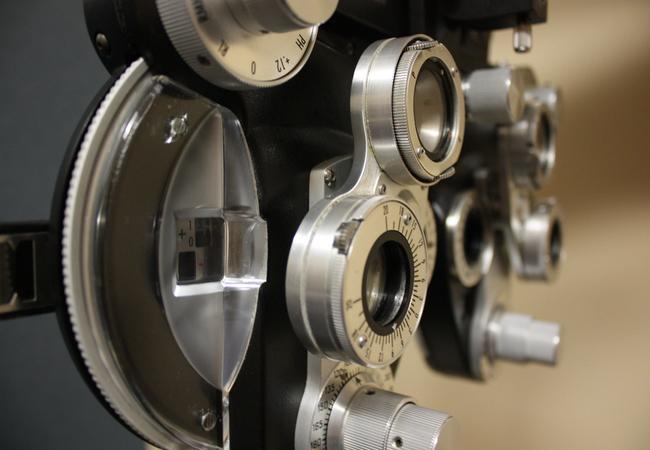 Optometry equipment are usually operated by optometrist or ophthalmologist to examine, diagnose, treat, and manage diseases and disorders of the visual system, the eye, and deformities associated with eye structures as well as diagnose eye related systemic disorders. Optometry equipment include set of equipment used for cornea and cataract examination, retina and glaucoma examination and for general examination purposes. These optometry instruments include retinoscopes, visual field analyzers, fundus cameras, autorefractors and keratometers, ophthalmoscopes, specular microscopes, wavefront aberrometers, and among others.Increasing incidences of eye disease and vision loss have led to introduction of new technologies and methods by optometry instrument manufactures. In January 2016, Birmingham Optical launched the NIDEK Tonoref III, a device which combines the functionality of an auto-refractometer, auto-keratometer, non-contact tonometer, and non-contact pachymeter into one device. These user-friendly device is designed to offer a high measurement accuracy and is able to conduct all clinically essential eye detection functions. This will eventually propel the adoption of optometry equipment over the forecast period.The global optometry equipment market size is estimated to be valued at US$ 3,285.7 million in 2018, and is expected to witness a CAGR of 5.6 % over the forecast period (2018 – 2026).Request A Sample Copy: https://www.coherentmarketinsights.com/insight/request-sample/2068 Rising prevalence of most common eye disease such as age-related macular degeneration (AMD), cataract, glaucoma, and diabetic retinopathy are major driving factor for growth of the optometry equipment market. For instance, according to the data published in the Glaucoma Research Foundation (GRF) in October 2017, glaucoma accounts for around 10 million visits to physicians annually. Furthermore, in terms of health care expenditure, glaucoma cost around US$ 1.5 billion to the U.S. government, annually.According to the Royal National Institute of Blind People (RNIB), more than 5.7 million people are suffering from sight-threatening eye conditions in the U.K. Moreover, 2 million individuals were suffering from sight loss in 2016, which is expected to rise by registering more than 2.7 million individuals by 2030. Moreover, according to the Royal National Institute of Blind People (RNIB) data findings, in 2014, around 350,000 people were registered as blind or partially sighted, which includes 291,100 individuals from England, 34,500 in Scotland, 16,939 in Wales and around 8000 in Northern Ireland. Increasing healthcare expenditures for treatment of sight loss, blindness, and sight-threating conditions are expected to propel demand for optometry equipment over the forecast period. According to the RNIB- Eye Health 2016 report, in the U.K., during 2016, sight loss, blindness and sight-threating conditions accounted for US$ 2.03 million, US$ 0.27 million, and US$ 5.7 million healthcare expenditures, respectively.Moreover, growing number of diabetic population and patients suffering with diabetes owing to get affected with diabetes eye disease, will expected to exhibit strong growth in optometry equipment market. Eye disease is the common complications in diabetes, which include glaucoma, diabetic retinopathy, and cataract. People with diabetes are twice as likely to develop glaucoma as compared to non-diabetics people. Neovascular glaucoma, is the rare type of glaucoma, which is commonly associated with the diabetes.According to the data published in PLOS One Journal in August 2014, 13 study, 7 case control studies, and 7 population based studies conducted among the Diabetes Mellitus (DM) patients reported that, the people with diabetes mellitus have an increased risk of developing primary Open-Angle Glaucoma (POAG). Furthermore, an increasing number of diabetic population around the globe is expected to drive growth of the optometry equipment market. According to the World Health Organization (WHO) November 2017, data findings, in 2015, an estimated 1.6 million deaths were caused due to diabetes. Moreover, WHO estimated that diabetes will be the seventh leading cause of death in 2030. For instance, according to the U.S. Centers for Medicare & Medicaid Services, people having diabetes or a family history of glaucoma are classified under group of high risk for glaucoma and covered for glaucoma tests once every 12 months under Medicare Part B insurance plan. Moreover, increased government spending to build efficient healthcare infrastructure by various government organizations is expected to drive the optometry equipment market. For instance, according to Centers for Medicare & Medicaid Services (CMS): 2016-Research Statistics Data and Systems, retail spending for non-durable medical products such as medical instruments and surgical dressings increased by 4.4% to US$ 62.2 trillion in the U.S. in 2016. Moreover, hospital care spending accounted for around 32% of the total healthcare spending in the U.S., which exhibited an increase of 4.7% to reach US$ 1.1 trillion in 2016, over the prior year (2015).According to the World Health Organization (WHO), global reports on Diabetes: 2016, an estimated 62 million people in the Americas were affected with diabetes. Furthermore, 62.85% male and 59.8% of female were reported to shows the prevalence of being overweight in regions of the Americas, putting them under increased risk of diabetes in future. This expected to register high revenue growth in optometry equipment market during forecast period. Some of the key players operating in the market include Canon Inc., Carl Zeiss AG, Escalon Services, Inc., Essilor International S.A., Haag-Streit AG, Heidelberg Engineering GmbH, Heine Optotechnik GmbH & Co. KG, Luneau Technology Group, NIDEK CO., LTD., Novartis International AG, and Topcon Corporation.Download the PDF brochure: https://www.coherentmarketinsights.com/insight/request-pdf/2068About Coherent Market Insights: Coherent Market Insights is a prominent market research and consulting firm offering action-ready syndicated research reports, custom market analysis, consulting services, and competitive analysis through various recommendations related to emerging market trends, technologies, and potential absolute dollar opportunity.Contact Us: Mr.Shah Coherent Market Insights 1001 4th Ave, #3200 Seattle, WA 98154 Tel: +1-206-701-6702 Email:sales@coherentmarketinsights.com