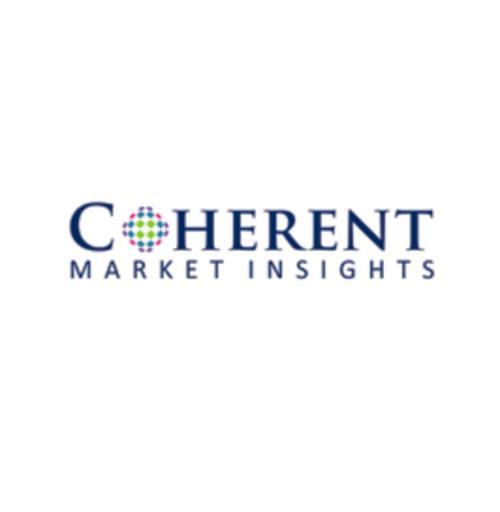 The number of products in pipeline for HIV treatment are high, which is expected to propel growth of the sexually transmitted disease treatment market. For instance, in 2017, GSK and ViiV Healthcare applied in European Medicines Agency (EMA) and US Food and Drug Administration (FDA), for regulatory affiliation for a single-tablet, two-drug regimen of dolutegravir (by ViiV Healthcare) and rilpivirine (by Janssen) used for treatment of HIV-1 infection. Moreover, other drug candidates in pipeline includes – PrEP, PRO140 with ibalizumab, BMS- 955176, which are expected to be launched in the forecast period. Moreover, governments are focusing on funding research and development programs, which is expected to aid in growth of the market. For instance, British Columbia Center for Disease Control sponsored doxycycline (drug) studies for indication of syphilis and other sexually transmitted infection, which is in early phase I clinical trial as of 2016.

Sexually transmitted disease also known as venereal diseases is a clinical syndrome of infection, acquired and transmitted through sexual activity via body fluids such as semen, vaginal fluid or blood. Causative agent of STD are bacteria, parasites, yeast, and viruses. Symptoms of STDs includes skin rashes, warts, abdominal pain or genital ulcers. STDs are detected by physical examination or assays such as ELISA (Enzyme Linked Immunosorbent Assay), rapid plasma reagin blood test or antibody-absorption blood test. The sexually transmitted disease treatment market is expected to witness high growth in the forecast period (2017 – 2025), due to the factors such as increasing disease burden, governmental initiatives for increasing awareness, growing diagnosis of sexually transmitted diseases, and increasing number of pipeline products by manufacturers for treatment of these diseases.

Sexually Transmitted Diseases Treatment market – Driver
Increasing sexually transmitted disease burden is fueling growth of the STDs treatment market. Among 20 STDs, the most common are Gonorrhea, Chlamydia, Syphilis, Herpes, Hepatitis (HBV), and Human Immunodeficiency Virus (HIV). For instance, according to Centers for Disease Control and Prevention (CDC), in year 2016, 1,598,354 cases of Chlamydia trachomatis infection were reported in the U.S., corresponding to 497.3 cases per 100,000 in 2015. Furthermore, 468,514 gonorrhea cases were reported for a rate of 145.8 cases per 100,000 population, an increase of 18.5% from 2015. This increasing incidence of STDs is also due to the unprotected sexual practice, which in turn fueling demand for STDs treatment. For instance, according to World Health Organization (WHO), unsafe sex is second most common risk factor for increasing disease burden.

Geographically, the sexually transmitted diseases treatment market is segmented into North America, Latin America, Europe, Asia Pacific, Middle East, and Africa. North America is expected to be dominant market, owing to rising government initiative for disease awareness and implementation of prenatal screening programs. However, Asia Pacific is expected to be fastest growing market for sexually transmitted diseases treatment, due to high incidence of sexually transmitted infections, owing to unprotected sexual practices in the region. For instance, according to Joint United Nations Programme on HIV and AIDS (UNAIDS), Asia Pacific had the second-highest number of people living with HIV in the world i.e. 5.1 million as of 2016, Moreover, China, India, and Indonesia accounts for three quarters of the total people living with HIV in Asia Pacific.

Request For Sample Copy Of This Research Report: www.coherentmarketinsights.com/insight/request-sample/2005

04-29-2019 | Health & Medicine
SAFE Group
SAFE Shuts Down the Coachella STD Scare with Herpes Facts
You may have heard the false alarm HerpAlert issued yesterday over an non-existent outbreak of herpes following Coachella. Those particular stats may have been debunked by local public health authorities, but the fact is HSV2, and all STDs, are on the rise nationwide. STDs are at a new all time high, for the fourth year in a row, according to the CDC, who elevated their alert to epidemic status just
04-12-2019 | Health & Medicine
Scholars Conferences
Meet World Renowned Speakers at STD Research 2019 Tokyo, Japan
April 11th, 2018: Scholars Conferences , host of Scholars International Conference on STD, HIV and AIDS Research , will focus on the Recent Progress and Future Outlook at STD, AIDS and HIV and Infectious diseases. STD Research-2019 summons participants from paramount universities, research institutions and diagnostic companies to exhibit their research expertise on all aspects of this rapidly expanding field. The event is going to held at Tokyo, Japan,
05-14-2018 | Advertising, Media Consulting, …
Market Reports Center
STD Diagnostics Market - Recent Trends, Development,Growth & Forecast 2025
MRC has released its latest research-based report entitled ‘STD Diagnostics market.' This comprehensive report provides a holistic approach to the market growth with a detailed and precise analysis of the overall competitive scenario of the STD Diagnostics market worldwide along with the key trends and latest technologies, playing a prominent role in the STD Diagnostics market growth over the predicted period. It also takes into account the market trends, aspects
01-09-2018 | Health & Medicine
Orion Market Research
Sexually Transmitted Disease Market – STD Testing Market Research 2017 – 202 …
Global STD (Sexually Transmitted Disease) Diagnosis Market, Size, Share, Market Intelligence, Company Profiles, Market Trends, Strategy, Analysis, Forecast 2017-2022 SEXUALLY TRANSMITTED DISEASE MARKET INSIGHTS: The Global Sexually Transmitted Disease Market is expected to grow at a CAGR of 8.7% during the forecast period (2017-2022). A group of illnesses that can be transmitted from one person to another through the sharing of body fluids, vaginal fluids, blood and so forth is known as
09-04-2017 | Business, Economy, Finances, B …
Global STD Diagnostics Market
Global STD Diagnostics Market Professional Survey Report 2017
The Global STD Diagnostics Market Professional Survey Report 2017 is a professional and in-depth study on the current state of the STD Diagnostics industry. Firstly, the report provides a basic overview of the industry including definitions, classifications, applications and industry chain structure. The STD Diagnostics market analysis is provided for the international market including development history, competitive landscape analysis, and major regions’ development status. Secondly, development policies and plans are discussed as well as manufacturing processes and cost
06-01-2017 | Health & Medicine
shim clinic
Get STD and HIV Test Services in Shim Clinic
Shim Clinic is one of those dedicated clinics in Singapore that offer medical tests and a variety of treatments. In their practice, they ensure their patients' details are kept confidential so as to avoid self-esteem issues. They package their treatments with experienced doctors. They try their best as they offer treatment for HIV, hepatitis B, genital herpes and warts, syphilis, erectile dysfunction, gonorrhea, chlamydia, premature ejaculation, and andropause. They give
Comments about openPR
OpenPR is clearly structured and remains true to its principle of confining itself to the essential parts. OpenPR has proven to be a very good and reliable partner to our media agency: Within the shortest time the releases are online and go down well with the media representatives. The success of OpenPR is reflected in the steadily increasing number of press releases. It is good that OpenPR exists!
Ursula Koslik, Director Marketing & PR, F+W Hamburg