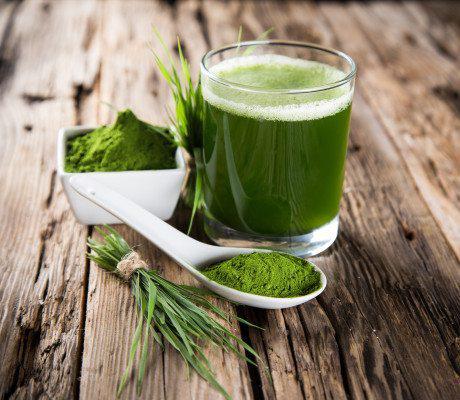 Spirulina has been used as food for centuries by different populations and rediscovered in recent years. Its impressive protein content and rapid growth in the entirely mineral environment have attracted the attention of both researchers and industrialists alike. As a part of more detailed analysis, a number of features of particular interest from the nutritional standpoint have been demonstrated: a balanced protein composition, the presence of rare essential lipids, and numerous minerals.In 1967, spirulina was established as a “wonderful future food source” in the International Association of Applied Microbiology (Sasson, 1997). Further analysis of the nutritional properties of spirulina showed an exceptionally high protein content of around 60–70% of its dry weight. The UNO in the year 1974, during its World Food Conference declared Spirulina “the best food for tomorrow”. The WHO (World Health Organization) has called Spirulina as “the greatest super food on earth” and the NASA scientists have found during research, that 1 kg of Spirulina nutritionally equals to 1000kgs of the assorted vegetables.Meticulous Research® has analyzed the market potential for spirulina in its recently published study, titled, “Global Spirulina Market Outlook- 2017-2022”. The full report can beaccessed at- https://www.meticulousresearch.com/product/global-spirulina-market-outlook-2017-2022/Spirulina is not only used as a human source, it is also used as animal feed. Veterinarians prescribe spirulina to aid recovery, increase stamina, relieve stiffness, and also for show animals for general toning. Similarly, spirulina is also used extensively by aquaculture companies to improve the growth rates, increase disease resistance, improve survival rates, reduce medication requirements and improve quality and coloration of various fish and shellfish.In addition to the benefits it offers, growing demand for natural colours, growing malnutrition, increase in number of vegan consumers, and strict regulations against the artificial colours and flavours are some of the major factors driving the global spirulina market significantly. However, the low awareness of the various health benefits of spirulina and the complex production process hinders the growth of spirulina market to some extent. The regulatory agency of EU countries for food safety has banned the use of synthetic colours in the products consumed in EU countries which is boosting the growth of the natural colour market. Due to this, it is mainly used as a food colourant, as an edible dye in ice creams and as a natural dye in the cosmetics industry. The other applications where spirulina is adopted are Food and beverage, Nutraceuticals, and Pharmaceuticals.Company Profiles (Business Overview, Financial Overview, Product Portfolio, and Strategic Developments) 1. DIC Corporation 2. Algene Biotech 3. Algaetech International Sdn Bhd. 4. Sunrise Nutrachem Group Co., Ltd 5. Tianjin Norland Biotech Co., Ltd 6. Naturya 7. Guangzhou Endless Biotech Co., Ltd 8. Synergy Natural Products Pty Ltd. 9. Cyanotech Corporation 10. E.I.D Parry (India) Ltd. 11. Febico (Far East Bio-Tec. Co., Ltd.) 12. Sanatur Gmbh 13. Hydrolina Biotech 14. Fuqing King Dnarmsa Spirulina Co., Ltd 15. Now Foods 16. Zelang Group 17. Wudi Fengtai Aquaculture Co., Ltd 18. The All Natural Company 19. TAAU Australia Pty Ltd 20. Phyco BiotechSpirulina is approved and recommended by the World Health Organization to governments across the world to combat malnutrition. Malnutrition is the major cause of morbidity in developing countries and cause of death in children who are less than five years. According to the Global Alliance for Improved Nutrition (GAIN), around 2 billion people in the world suffer from various forms of malnutrition. It is responsible for the death of around 2.6 million children each year – a third of child deaths globally. The bodies of many children across the globe fail to develop fully as a result of malnutrition. For instance, 1 in 4 of the world’s children are stunted; in developing countries this is as high as one in three. These statistics indicates the growing need to eradicate malnutrition and spirulina can be of great food to do so as it has all the nutrients necessary to fight against malnutrition.Download Sample Reasearch Report:https://www.meticulousresearch.com/download-sample-report/cp_id=2556Contact Us: Khushal Email- sales@meticulousresearch.com Contact Sales- +1-646-781-8004Meticulous Research® was founded in 2010 and incorporated as Meticulous Market Research Pvt. Ltd. in 2013 as a private limited company under the Companies Act, 1956. Since its incorporation, with the help of its unique research methodologies, the company has become the leading provider of premium market intelligence in North America, Europe, Asia-Pacific, Latin America, and Middle East & Africa regions.Asia-PacificOffice No-202, 203,204,205,206; 2nd Floor, Pushpak Business Hub, Wakad, Pimpri-Chinchwad, 411057 India.

You can edit or delete your press release Spirulina: The Greatest Super Food On Earth? here