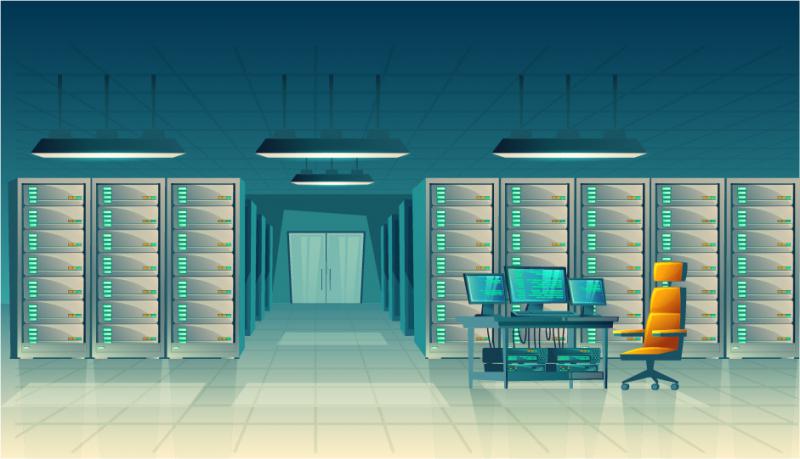 The unprecedented evolution of cloud computing technology is undeniably driving new levels of innovation in data center networking market. The extensive penetration of Internet of Things (IoT) has brought a renewed dimension in the business model, where the modern change in traffic patterns expose the limitation of conventional network. In the light of the recent scenario, data center networks are expected to exhibit not only scalability and high performance, but also flexibility, agility, and enhanced automation. Companies ranging from enterprises to cloud service providers are highly influenced by the growing trend of data & network virtualization and are seeking to integrate advanced technology solutions to curtail the overall operational expenditure.

Request for Sample Copy of This Report @ https://www.gminsights.com/request-sample/detail/2578

The rise in the number of IT & Telecom players and increase in outsourced activities, primarily to countries of the Asia Pacific region, are fueling the demand for the data center networking market. Telecom providers rely heavily on this architecture to generate higher profits owing to the influx of consumer data. For instance, in July 2017, Odata announced that it was investing USD 100 million in Colombian data centers as a part of its international expansion strategy.

Make an Inquiry for purchasing this Report @ https://www.gminsights.com/inquiry-before-buying/2578

The segmentation of the data center networking market indicates that the solutions segment contributed to over 75% of the overall revenue in 2017. This growth is largely due to the increase in construction activities and the modernization of the existing outdated technologies by organizations seeking to stay ahead of the competition. The adoption of Ethernet switches is anticipated to drive hardware solution growth in the data center networking market owing to companies switching to 100 Gbps ports that allow for faster speeds and the movement of data.

APAC seems to have been depicting a contrasting trend as far as the progress of data center networking market is considered. On one hand, countries like Japan, Singapore and South Korea have been on the technologically advanced path to lead the continent, however, largely nascent markets like Myanmar, Vietnam and Malaysia are yet to progress in the regional sphere. Countries such as India and China though, are now remnant of a higher economy, connected lifestyles, and improved broadband infrastructure, and stand to contribute much to APAC data center networking

Data center networking market giants are betting big on highly advanced storage and memory technologies to gain a competitive edge. Klas Telecom for instance, has recently released an upgraded version of Voyager TDC. Christened as Voyager TDC 2.0, this groundbreaking technology claims to provide users the flexibility of the original system, in addition to NVMe and double storage capacity that ensure better and faster performance.

If reports are to be relied on, the company will demonstrate how users can integrate AI and machine learning technology at tactical edge, leveraging the ultra-high-power process capability of Voyager TDC at SOFIC 2018. Yet another trend that is quite vivid in the competitive terrain of data center networking industry is technological proliferation via strategic partnerships. All in all, aided by the vast technology landscape where myriad companies are becoming consumer centric and data driven, data center networking market share is forecast to exceed a valuation of USD 35 billion by 2024.

08-21-2018 | Advertising, Media Consulting, …
Data Prep Market Report 2018
Data Prep Market Report 2018: Segmentation by Platform (Self-Service Data Prep, …
Global Data Prep market research report provides company profile for Alteryx, Inc. (U.S.), Informatica (U.S.), International Business Corporation (U.S.), TIBCO Software, Inc. (U.S.), Microsoft Corporation (U.S.), SAS Institute (U.S.), Datawatch Corporation (U.S.), Tableau Software, Inc. (U.S.) and Others. This market study includes data about consumer perspective, comprehensive analysis, statistics, market share, company performances (Stocks), historical analysis 2012 to 2017, market forecast 2018 to 2025 in terms of volume, revenue, YOY
04-25-2018 | Industry, Real Estate & Constr …
CAS DataLoggers
Weather Station Data Logger Collects Meteorological Data
Complete Weather monitoring using an Intelligent Universal Data Logger A construction company needed to collect meteorological data to study the effects of building materials such as roofing tile. CAS DataLoggers provided the dataTaker DT-85 for an environmental monitoring solution. Long-term monitoring of a variety of weather data is required to determine how the products perform under harsh environmental conditions. The field engineer desired a single recording device to connect with
01-05-2018 | IT, New Media & Software
TRG International
How to turn Data into Smart Data
Both enterprises and individuals have to process some kind of data every day, whether it is a short message, a notification, a piece of news, statistics, a video, etc. If we accumulate all the data acquired in a month, the amount guarantees to shock anyone. Turning data into smart data As we go through the daily pile of data generated, not only must we record it, we also need to make sense
12-01-2017 | Advertising, Media Consulting, …
Transparency Market Research
Data Quality and Data Governance Solution Market
In the enterprise data management ecosystem, data quality is a broad term which refers to the quality, integrity, and consistency of data and/or process etc. Data quality also implies the degree of data accuracy and consistency. On the other hand, data governance focusses on the management of data assets by assigning authority, control, and responsibility of data and encompasses three key areas: people, process, and technology. Data quality and data governance
04-20-2017 | Business, Economy, Finances, B …
Leo Data Services
B2B Data Matching Services | Leo Data Services
B2B Data Matching Services - Revolutionary Marketing Campaigns In today's business scenario, managing successfully B2B Data Matching for prospect customer can be a challenge even the most capable organizations. Business to Business Marketing services from Leo Data Services are always customized to meet the needs of the business prospects. We make sure that our clients have quick, reliable access to their data through several possible interface methods that cover everything from data
02-03-2017 | Business, Economy, Finances, B …
B2B Data Services
B2B Data Services - Data Management - Data Providers
When it comes to Online Marketing, B2B Data Services is a well-known name for maintaining reputation among Digital Marketing competitors. It is a one stop shop for start-ups and enterprises looking for cost cutting and out of box solutions in the field of Data Management and services related to Campaign Marketing, Mobile Viral Marketing, Social Media, Search Engine Optimization, Email Marketing Campaigns and Internet Marketing. Sharing space among the well-established
Comments about openPR
I can't but agree to the positive statements about your portal: easy to use, clear layout, very good search function, and quick editing!
Jens O'Brien, Borgmeier Media Communication