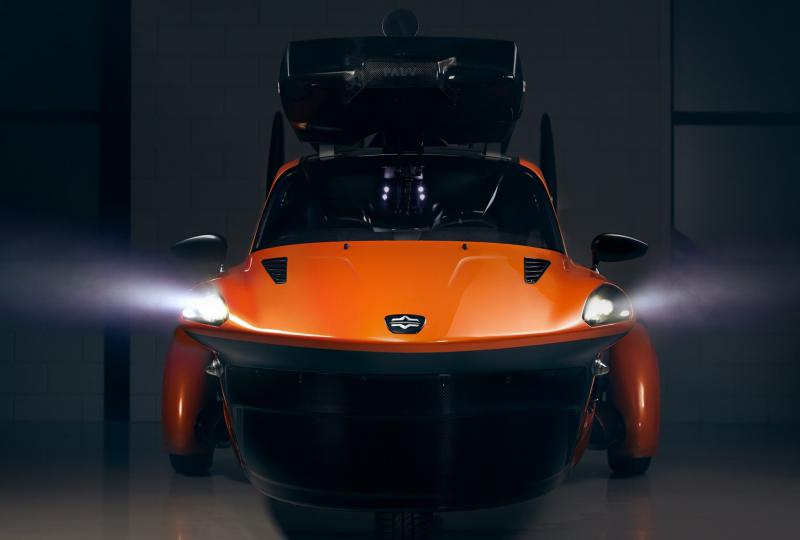 At the Automobile Barcelona 2019 PAL-V will present the PAL-V Liberty Pioneer edition for the first time in Spain. The 90 pieces limited edition is based on the PAL-V Liberty. It will open the next chapter of mobility. During the 9th and the 10th of May (press only) and during the 11th and the 12th of May the PAL-V can be found at The connected street area. “This will be the first time that PAL-V will be present at a car show in Spain. The dream of having a flying car started around the same time as the first edition of Automobile Barcelona therefore celebrating the 100year anniversary of the show together with our Spanish premiere of the PAL-V Liberty Pioneer is the perfect combination.” :says Robert Dingemanse, CEO of PAL-V, adding “The Pioneer edition is for those that want to be part of a unique group that writes history with us. They will be at the forefront of a mobility revolution, where we will no longer have cars that can only drive. They will be the first CarFlyers in their country, FlyDriving to any destination” Amongst other features, the Pioneer edition is equipped with a dual control cockpit and the Electronic Flight Instrument System. The full carbon package clearly distinguishes the Pioneer from the standard Liberty as well as a tailor-made interior and exclusive characteristic two tone colour scheme. Developing a flying car takes a long time and a lot of persistence. It’s a revolutionary development, especially as PAL-V developed a commercial vehicle that complies with existing regulations, very different from an interesting technical concept. Mike Stekelenburg, chief engineer of PAL-V, says: “People have been trying to find a solution to commercializing a flying car since the inception of the Automobile Barcelona. After 100 years and many technology breakthroughs later, we are able to build and certify a flying car based on the gyroplane principle that was originally invented by Spaniard Juan de la Cierva. The gyroplane principle not only provides us with a safe and easy to operate flying car but it also enables us to make it compact and within existing regulations.” The Pioneer edition gives 90 people in the world the possibility to go above and beyond. First deliveries are planned for 2020About PAL-V PAL-V International B.V., the company that initiated the development of the PAL-V, is located in Raamsdonksveer, The Netherlands. The company was founded in 2007 to commercialize the concept developed since 1999. The management consists of a team of experienced Dutch entrepreneurs with expertise in aviation, automotive, research, and marketing. PAL-V succeeded in gathering the best talent available. Testing its "proof of concept" vehicle for driving in 2008/2009 and for flying and driving in 2011/2012 it has proven technical feasibility and certifiability within the existing regulatory framework. The company is funded by a group of professional and private investors and also received funding from the Dutch Ministry of Economic Affairs. Three Dutch ministries are supporting the project based on its technical innovation and economic potential.PAL-V International B.V. Baileybrugweg 13F, 4941TB Raamsdonksveer, The NetherlandsPress contact: Joris Wolters: tel. +31 162 580 560, Pressinfo@PAL-V.com

You can edit or delete your press release World’s First Commercial Flying Car, The PAL-V Liberty Will Make Its Spanish Premiere at The Automobile Barcelona 2019 here

04-26-2019 | Tourism, Cars, Traffic
PAL-V
PAL-V and NLR Will Start The Development of The eVTOL Flying Car
In April 2019, PAL-V and Royal NLR (Netherlands Aerospace Centre) signed a MoU for a mutual cooperation to develop an autonomous eVTOL flying car. Both companies aim for a market introduction of the flying car within 10 years. Autonomous flying with an eVTOL (electrical Vertical Take-Off and Landing) should be made possible by Royal NLR and PAL-V within 10 years. At the moment PAL-V is finalizing the development of

10-04-2018 | Arts & Culture
Paracademia Center, Inc.
Ladies First - Pioneer
Press Release: Ladies First–Pioneers Release date: 10/02/2018 Contact - Milica Paranosic, +1-212-203-6163 info@paracademia.org http://ladiesfirstnyc.wix.com/ladiesfirstnyc FOR IMMEDIATE RELEASE Paracademia Center, Inc Presents: Ladies First– Pioneers Sunday, October 28, 2018 6:30 PM James Cohan Gallery 291 Grand Street New York, NY 10002 B/D Trains to Grand Street Tickets: http://LFpioneers.eventbrite.com Ladies First–Pioneers celebrates the accomplishments of female trailblazers. Visionary artists, writers, scientists, social justice fighters, musicians, and others on the vanguard are being presented in a festive four-part event, including
10-18-2017 | Business, Economy, Finances, B …
Pioneer Technology Group
PIONEER TECHNOLOGY GROUP ANNOUNCES SUPPORT INITIATIVE
‘Take care of the customer, and the customer will take care of you.’ This idea is the core of Pioneer’s initiative, One Pioneer - a radical change in how the software company does business. Barriers will be broken down between the departments of Implementation, Forms, Programming, and Support, with the intent to further improve our response times for our customers. Quality support has always been crucial in maintaining a positive relationship
03-07-2017 | Business, Economy, Finances, B …
Pioneer Lists
Real Estate Email Lists - Pioneer Lists
With our Real Estate Email List and Email Marketing services, reach prospective customers from the Real Estate industry without any hassles. We deliver Real Estate Builders Email Lists with accurate contact information of key prospects based on geography, job title, industry type and many more. To fulfill the rising needs of customers, we provide pre-packaged as well as personalized Real Estate Agents Email List. The pre-packaged list contains standard information such
02-05-2013 | Media & Telecommunications
infin - Ingenieurgesellschaft für Informationstechnologien mbH & Co. KG
infin – pioneer since 1993
Customers, who choose infin, choose experience and tradition – and they choose the pioneer in information technology. For 20 years, infin has been developing services for an efficient electronic communication with customers, suppliers and potential buyers. infin offers perfect solutions in the sector of communication: infin-Payment, infin-FaxServices, infin-PharmaServices and premium rate numbers. It all started in 1993, when infin began to develop a highly flexible technology in the sector of
10-26-2012 | Business, Economy, Finances, B …
Soffront Software, Inc.
CRM Pioneer Soffront Celebrates 20th Anniversary
Fremont, California, Wednesday October 10, 2012 - Soffront Software Inc., the mid-market CRM leader, today announced that it is celebrating 20 years of success. Founded in 1992, by Manu Das, Soffront has emerged as a leading Customer Relationship Management or CRM vendor offering an award winning configurable CRM suite of products. Soffront introduced its customer service software in 1993 – one of the first of its kind. Over the years, during
09-30-2011 | Industry, Real Estate & Constr …
Earth Infrastructures Limited
Earth Infra is The Pioneer for Innovations
"Possible is everything" is the seed that makes innovations happen in all our projects. It is a mark of excellence in the real estate sector. Since time immemorial, Earth Infra has been a pioneer for Innovations on the earth. Our Innovations will take everyone’s fascination beyond the imagination. We are much ahead of the present times because we have emphasis on advanced technology. We have coined the term "GREENOVATION".
Comments about openPR
OpenPR ist the nicest and most clearly laid out PR platform I have seen to this day. The press releases are displayed very nicely and clearly and without any unnecessary frills. The updates are fast and the finished release looks appealing and is clearly legible. Even with 16 years of experience one discovers new things from time to time. Congratulations!
Gabriele Ketterl, Director Marketing & PR, Menads