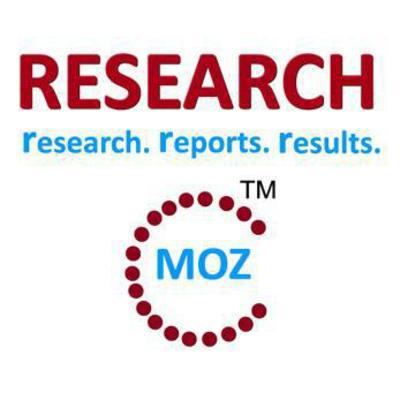 12-16-2020 | Advertising, Media Consulting, …
GMI Research
China Pet Food Market
China Pet Food Market The China Pet Food market is growing at a stronger rate due to the accelerating pet pollution, increasing pet adoption rates, and fast urbanization in China. The market is predicted to experience increased demand over the forecast period (2020-2027). Pet food is a dietary nutrient that is mainly derived from plant and animal sources and is often consumed by pets. This food product helps in the overall
03-01-2019 | Advertising, Media Consulting, …
Market Research Future (MRFR)
Recycled PET Market Share, Recycled PET Market Size, Recycled PET Market Trends, …
Scope of the Report: This study provides an overview of the global recycled PET market, tracking one market segment across four geographic regions. The report studies key players, providing a five-year annual trend analysis that highlights market size, volume and share for North America, Europe, Asia Pacific (APAC) and Rest of the World (ROW). The report also provides a forecast, focusing on the market opportunities for the next five years for
01-08-2018 | Health & Medicine
Pet Product
Global Pet Product Market Segment by Type - Pet Food Products, Pet Drug Products …
Researchmoz added Most up-to-date research on "Global Pet Product Market Segment by Type - Pet Food Products, Pet Drug Products, Pet Health Products, Pet Feeding Products and Pet Clothing Products" to its huge collection of research reports. This report studies the global Pet Product market, analyzes and researches the Pet Product development status and forecast in United States, EU, Japan, China, India and Southeast Asia. This report focuses on the top
08-22-2017 | Advertising, Media Consulting, …
Pet Guardian App
Pet Guardian App - Keeps Your Pet Healthy and Safe
One of the first things you need to do is to ensure that your pet is eating nutritious and healthy food. There are quite a number of good quality pet food brands to choose from. It's just as important to know what you should not be feeding your pet. These all types of information you will get easily through our Pet Guardian App, as there are cases where the food
06-16-2017 | Health & Medicine
Pharmaceutical By CMI
Pet Health Products Market
A pet or companion animal is an animal kept primarily for one's company, protection, or entertainment. Popular pets are regularly noted for their attractive appearances and their loyal or playful personalities. While dogs and cats are the most preferred pet animals, people also keep house rabbits, fancy rats, guinea pigs, parrots, chickens, and aquatic pets. The trend of pet adoption and keeping is gaining rapid traction across the globe. The
02-05-2013 | Business, Economy, Finances, B …
Mongoose Publishing
Pet Project Malaysia 2013
To be held on 23rd March, 2013 (from 9am to 6pm) at The British International School of Kuala Lumpur in association with Expatriate Lifestyle, Pet Project Malaysia is BACK and we are once again “Getting Active to Help Save Animals”. Created in 2011, this is an event to unify the community in supporting animal welfare by doing something FUN and proactive. This event is open to the public and we
Comments about openPR
We publish our press releases on openPR.de because we like people who are "open" - just like us.
Frank Obels, CEO, INCONET - Informationssysteme, Communication und Netzwerkberatung GmbH