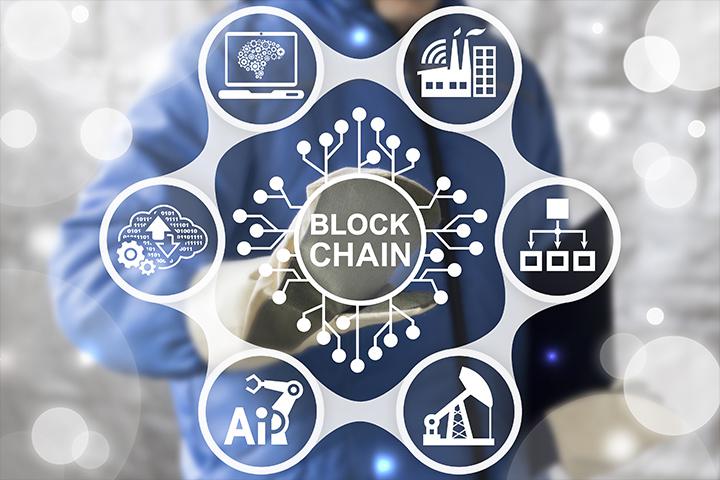 he blockchain distributed ledger market is in its early stage of growth. Blockchain-based solutions are projected to be adopted earlier in some industries such as financial services and the supply chain industry as compared to many other industries. The blockchain technology addresses security in areas including insurance, law, and data security by validation of the information in the blockchain ledger. Exponential increase in data is expected to facilitate more R&D activities leading to increased competition in the market.

According to a new report published by Allied Market Research, titled,"Blockchain Distributed Ledger Market by Type and End User: Global Opportunity Analysis and Industry Forecast, 2017 - 2023,"the global blockchain distributed ledger market accounted for $228 million in 2016, and is expected to reach $5,430 million by 2023, growing at a CAGR of 57.6% from 2017 to 2023. North America dominated the global market in terms of revenue in 2016, accounting for more than 40% share of the global market, followed by Europe.

The BFSI sector is projected to maintain its lead in the end-user segment. In the emerging economies, business and technology are connected to each other through digital economy, where blockchain creates a whole new paradigm. It provides tamper-evident recording of the linked transaction history in a distributed network, and has the potential to disrupt the financial business applications. Most of the blockchain distributed ledger technologies deployed in the financial industry are expected to be private. . Recently governments, central banks, private banks, and online banks of all types have shown a great deal of interest in distributed ledgers and block chain technology.

North America is expected to maintain its dominance throughout the forecast period, owing to the presence of key companies in the region Moreover, advancements in internet payments are expected to boost the growth, especially in Asian countries such as China, Japan, South Korea, and India.

Asia-Pacific is projected to grow at the highest CAGR during the forecast period, owing to increase in internet transitions, upsurge in the use of internet, and rise in adoption of advanced technologies. Furthermore, increase in pay management devices across China, Japan, India, and South Korea to cater to the end user needs, such as banking, real estate, stock market, and virtual currency, has supplemented the market growth.

Allied Market Research (AMR) is a full-service market research and business-consulting wing of Allied Analytics LLP based in Portland, Oregon. Allied Market Research provides global enterprises as well as medium and small businesses with unmatched quality of "Market Research Reports" and "Business Intelligence Solutions.” AMR has a targeted view to provide business insights and consulting to assist its clients to make strategic business decisions and achieve sustainable growth in their respective market domain.

We are in professional corporate relations with various companies and this helps us in digging out market data that helps us generate accurate research data tables and confirms utmost accuracy in our market forecasting. Each and every data presented in the reports published by us is extracted through primary interviews with top officials from leading companies of domain concerned. Our secondary data procurement methodology includes deep online and offline research and discussion with knowledgeable professionals and analysts in the industry.

You can edit or delete your press release Blockchain Distributed Ledger Market Expected to Reach $5,430 Million by 2023 | CAGR 57.6% here

03-04-2019 | Business, Economy, Finances, B …
Premium Market Insights
Blockchain in Retail Market
Blockchain or the distributed ledger technology is serving the retail industry for transforming the product processes.There is an increasing need for transparency for the product processes and for meeting the demand by the retail industry. This has majorly driven the blockchain in retail market. Further, factors including rising need for reduction of redundant data and rising need for limiting the total cost of ownership have supplemented the demand for blockchain
01-31-2019 | IT, New Media & Software
caaf
Timeus blockchain 3.0
Timeus is verified blockchain that can be base of laws drafting. Smart contracts are like legal contracts, states are able to collect taxes and to monitor transactions etc. Timeus uses unique consensus, we called it proof of fortuity (POF). Every block is verified with master node which chosen randomly. Each node is low nodes cluster. Low node is allocated by consumers HDD space and low-node is backup of certain other
12-20-2018 | Business, Economy, Finances, B …
Blockchain Help
Blockchain Help—Services Page
Blockchain Help, since its inception, has been providing cutting-edge technology solutions and in-depth domain expertise in bitcoins, blockchain development, ICO launches and cryptocurrency development. Ably supported by an exceptionally talented and experienced team of technocrats, Blockchain Help is quickly gaining recognition as the one-stop solution to everything related to blockchain and cryptocurrencies. Why choose Blockchain Help? • 10+ years of programming expertise • Extensive experience in blockchain technology solutions across industry sectors • Competitive pricing • 3 months of
12-19-2018 | Business, Economy, Finances, B …
The Future Of
New Technology Snapshot: Blockchain
The Blockchain Technology Snapshot is a deep-dive report, developed by industry experts and thought leaders, which assesses how emerging technologies are re-shaping industrial and consumer sectors and the services. The report provides a snapshot of recent developments in the blockchain, its core uses beyond cryptos, and the emerging importance of smart contracts and distributed applications. Furthermore, the report looks at innovative companies in the blockchain area, by providing examples of
10-31-2018 | IT, New Media & Software
Oodles Technologies
Oodles Blockchain Uses Top Blockchain Platforms To Expedite Blockchain Adoption
With an aim to leverage the blockchain technology to change the centralized system and make it decentralized, Oodles Blockchain has decided to use top blockchain platforms to develop consumer-based blockchain applications. Oodles Blockchain, a micro-website of Oodles Technologies, developed mainly to focus on blockchain technology, is delighted to announce that it will be expanding its horizon of blockchain development services by using a few latest open source blockchain platforms like
08-29-2018 | Business, Economy, Finances, B …
MarketResearchReports.biz
Blockchain in Insurance: MarketResearchReports.Biz
Recent research and the current scenario as well as future market potential of "Blockchain in Insurance" globally. Summary Blockchain technology, often referred to as distributed ledger technology (or DLT), is a means by which the participants in a distributed network can each maintain a copy of an immutable ledger of transactions, and where transactions can be executed without the need for a single, central, coordinating authority. We are not suggesting universal uptake of
Comments about openPR
OpenPR ist the nicest and most clearly laid out PR platform I have seen to this day. The press releases are displayed very nicely and clearly and without any unnecessary frills. The updates are fast and the finished release looks appealing and is clearly legible. Even with 16 years of experience one discovers new things from time to time. Congratulations!
Gabriele Ketterl, Director Marketing & PR, Menads