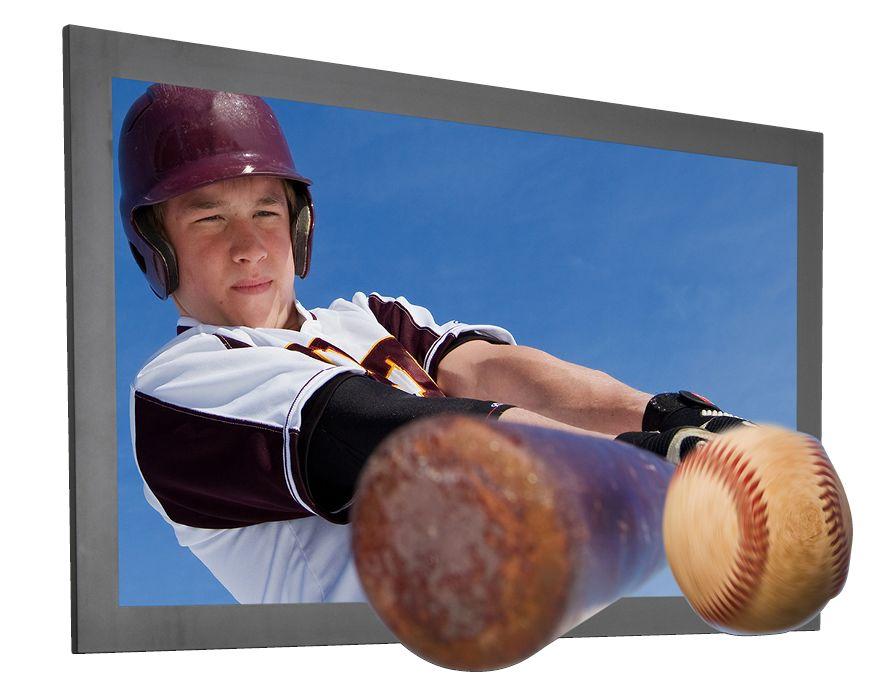 The SKOPOS Institute for market and communication research conducted a study on advertising in 3D in October 2010. In the study, 312 people were divided into two equal groups, each of whom were presented a commercial either in 3D or in 2D. The differences between the test groups were clear: the 3D viewers found the commercial to be modern, original and unique. After the test, 82% of the 3D viewers were convinced of the product. In the 2D group, only 64% were convinced. After the 3D broadcast, viewers also felt more of a desire to try the advertised product; in other words, the purchase probability was significantly greater. In addition, in both test groups, 43% said they would also like to watch 3D at home. These test results show that there is generally a strong willingness to view 3D content, which can thus be exploited very advantageously for the advertising industry.In the recent past, 3D technology has experienced a boom, especially in the consumer market. Early in 2010, the Korean display market research company DisplayBank added glasses-free 3D solutions to their list of the most important display innovations for the next ten years. And it’s only a matter of time until companies in all industries adapt to the market changes. In the past, the need for additional tools, such as shutter or red/green glasses, was the main reason why 3D technology did not make sense for the advertising industry. However, TRIDELITY develops and manufactures displays that are able to present 3D content without any additional accessories. Thanks to the multi-view technology, the devices allow 3D vision from multiple perspectives. “In everyday life, thousands of signs and billboards compete for the attention of passersby. 3D is clearly an advantage in digital advertising. It is an eye-catcher, with a higher stopping power, and it attracts attention for a much longer time,” said Michael Russo, CEO of TRIDELITY.TRIDELITY 3D displays represent great technological advancement in the field of digital signage, delivering unprecedented quality and flexibility without cumbersome 3D TV eyewear. In addition, the displays are characterized by a very large 3D depth and have barely perceptible image zone transitions; the exceptional 3D out-of-screen effect and the unmatched 3D resolution also make these displays the choice for the avant-garde digital signage market. Combining hardware, software and support into one package, TRIDELITY offers a one-stop solution for digital signage. Moreover, TRIDELITY 3D monitors are the only 3D monitors with a truly integrated PC, running a network-capable Linux-based player specially developed for the digital signage market.TRIDELITY AG is a provider of glasses-free auto-stereoscopic 3D screens; the company has been pioneering the development of this cutting-edge technology for years, offering the highest quality 3D solutions. In addition to related technologies and services, TRIDELITY also provides an extensive hardware range of solutions for single-viewer and multi-viewer purposes, with unprecedented viewing comfort, exceptional 3D depth and the highest resolution in the industry.TRIDELITY AG Industriestr. 21 78112 St. Georgen Germany http://www.tridelity.com

05-31-2011 | IT, New Media & Software
Tridelity Display Solutions
World’s First 3-D TV With Built-in Live Conversion in Big Format
High-end Entertainment at the Beyond Festival 2011 in Karlsruhe, Germany: With the click of a button, TRIDELITY transforms 2-D into glasses-free 3-D. KARLSRUHE, GERMANY - May 28 , 2011 - TRIDELITY AG, located in the Black Forest region of Germany, presented a sensational all-in-one consumer solution at this year’s Beyond Festival, which took place May 25-27 in Karlsruhe and was the first ever 3-D international festival. TRIDELITY unveiled a solution that converts
04-15-2011 | Science & Education
Tridelity Display Solutions
Glasses-free 3D becomes virtual reality
Tridelity presented a new virtual reality solution at the Laval Virtual 2011 in France St. Georgen, 14th of April 2011 – Together with its partner TechViz, TRIDELITY 3D TECHNOLOGIES presented a sensational virtual reality solution at the Laval Virtual 2011 in France from 6th until 10th of April 2011. Through a recently developed tracking system it is possible to navigate and interact with a 3D-model displayed on an autostereoscopic 3D monitor
06-22-2010 | IT, New Media & Software
Tridelity Display Solutions
Tridelity is Introducing the World’s First Glasses-free 3D-Multi-View Display …
Hoboken (NJ), St. Georgen (Germany) - June 21, 2010 Tridelity Display Solutions, a leading developer and producer of glasses-free 3D displays, is pleased to announce the launch of the World’s first glasses-free 3D-Multi-View displays in Portrait format. This latest innovation developed by Tridelity allows portrait 3D content to be viewed by multiple pass-byres simultaneously. Tridelity already offers a number of autostereoscopic Multi-View displays in landscape format. “Due to