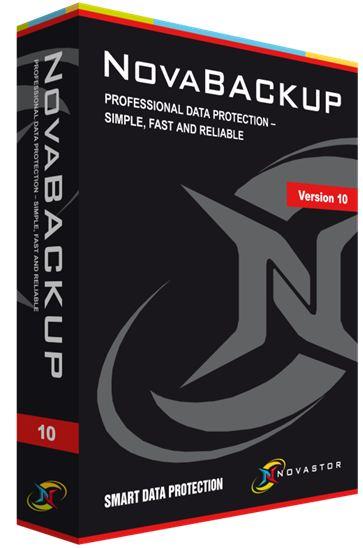 In contrast to copies and synchronization, professional data backups are not at risk of malware attacks. Agoura Hills / (CA) USA, April 12, 2011 – In light of a new malware attack, reported by Kaspersky Lab and titled, “GPCode Ransomware,” data protection specialist NovaStor points out the importance of professional data backups with NovaBACKUP in order to recover files after a malware attack.Backups Protect Against Malware Threats During this new GPCode Ransomware attack, infection occurs when a malicious website is visited. Once the attack begins, GPCode will generate a bit key and use the criminal’s public key to encrypt it. The encrypted result will then be placed on the desktop of the infected computer, and a screen will tell the user they have been infected and that a ransom amount must be paid in order to have their files safely returned. At this point, the hard drives are being scanned for files to encrypt, and due to the heavy cryptography used, the encrypted files cannot be recovered, leaving the infected user fileless.In addition, if data has been copied or synchronized, the GPCode malware attack also infects this copied or synchronized data. Processes such as copying and synchronization overwrite the readable backup data with the malware-encrypted files, thus, disabling the user from accessing these files. This is why it is essential for important data to always be backed up to a separate location and not simply just copied or sychronized.Only professional backup software enables users to reconstruct malware infested files, based on their most recent backup. It is recommended to carry out regular incremental backups after the initial full backup. Should data infected by malware be included in the backup, it only affects the most recent incremental backup. All previously saved data will remain available and can be reconstructed immediately, therefore, when a ransomware attack such as GPCode asks for money, the ransom payment will be rendered unnecessary."Many users and businesses only copy or synchronize their data, but the benefits of a professional data backup also lie in automation, the economical use of storage resources and being able to recover your most recently backed up files. Numerous file encrypting scenarios such as malware attacks can happen. In all these cases, using professional backup software with version tracking pays off," says Stefan Utzinger, CEO at NovaStor. Availability NovaStor’s data protection software for individual workstations, servers, including Microsoft Exchange and SQL Server, unlimited virtual machines on VMware servers, heterogeneous networks of all sizes and cloud backup offerings is available in NovaStor’s online store and from authorized IT resellers. Links for Additional Information Article "GPCode Strikes Back" http://www.securelist.com/en/blog/6165/Ransomware_GPCode_strikes_backAbout NovaStor NovaStor (www.novastor.com) is a leading international provider of software solutions for data protection and availability. NovaStor provides software, SaaS solutions and services for local and online backup, restore and retention of business-critical data. Clients include home, mobile, and SMB users, service providers as well as international corporations. NovaStor's cost-effective solutions are platform- and hardware-independent and ensure that optimal technological and economical use is gained from the customer's existing and future IT environment. NovaStor is headquartered in Switzerland (Zug), has offices in Germany (Hamburg) and the USA (CA, Agoura Hills), and is represented in numerous other countries through partnerships.For Further Information: NovaStor Kristin Tinsley 29209 Canwood Street Agoura Hills, CA 91301 Tel: +1 (805) 579-6700 Fax: +1 (805) 579-6710 Email: Kristin.Tinsley@novastor.com www.novastor.com www.facebook.com/novastor www.twitter.com/novastor