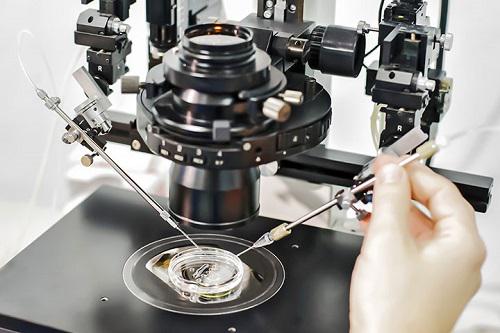 Europe IVD Market is projected to reach at $26,623 million by 2023, growing at a CAGR of 4.7% from 2017 to 2023.In vitro diagnostic tests are performed using biological samples to detect the health ailments and other diseases. Rise in technological developments in IVD techniques, increase in incidence and prevalence of chronic and infectious diseases and increase in government healthcare expenditure in the European region drive the market growth. However, stringent government regulations related to the safety and efficacy of the IVD and unfavorable reimbursement policies are expected to restrain the market growth during the forecast period.Download PDF Report Sample @ https://www.alliedmarketresearch.com/request-sample/4352Based on product type, the reagents segment held the highest market share of third-fifths in 2016, due to introduction of efficacious reagents in the market that are utilized in IVD technology for the detection of several disease.Based on technique, the immunodiagnostics segment contributed the highest market share (one-third) in 2016, owing to the increase in prevalence of chronic diseases such as cancer that is analyzed by tissue or other diagnostic techniques and increase in demand for non-invasive techniques. Based on application, the infectious diseases segment contributed the highest market share (two-sevenths) in 2016, owing to the increase in prevalence of infectious diseases such as tuberculosis, malaria, and pertussis that fuel the IVD market.Based on end users, the standalone laboratory segment captured the highest market share (third-sevenths) in 2016, mainly due to availability of complex tests that are difficult to perform and increase in healthcare expenditure thus improving healthcare facilities.Make an Enquiry before Buy @ https://www.alliedmarketresearch.com/purchase-enquiry/4352 Germany accounted for the highest shares in 2016, and is expected to dominate the market throughout the forecast period and is attributed to increase in incidence of chronic diseases such as tuberculosis, diabetes, and cancer. In addition, rise in demand for non-invasive technology, advancement in technology, and well-established healthcare systems is anticipated to provide new growth opportunities for the key players in the market. However, France is estimated to register the highest growth rate during the forecast period, owing to rise in government healthcare expenditure and growth in demand for healthcare devices from large pool of patient population, and improvement in healthcare infrastructure.Key Findings of the Europe IVD Market: • The reagents segment dominated the market in 2016, and is projected to grow at the 3.7% CAGR. • The immunodiagnostics segment accounted for the highest share in 2016. • The pathology segment was the major shareholder in the Europe IVD market in 2016. • The standalone laboratory segment accounted for the highest share in 2016. • UK was the major shareholder of Europe IVD market in 2016. • Germany is expected to grow at the highest CAGR in the Europe IVD market.The major players profiled in the Europe IVD market are Thermo Fisher Scientific Inc., Alere Inc., Biomerieux, Danaher Corporation, F. Hoffmann-La Roche AG, Becton Dickinson and Company, Bio-Rad Laboratories, Bayer AG, Sysmex Corporation, and Johnson & Johnson.Access Full Summery @ https://www.alliedmarketresearch.com/europe-IVD-marketAbout Us:Allied Market Research, a market research and advisory company of Allied Analytics LLP, provides business insights and market research reports to large as well as small & medium enterprises. The company assists its clients to strategize business policies and achieve sustainable growth in their respective market domain.Contact:David Correa5933 NE Win Sivers Drive #205, Portland, OR 97220 United StatesToll Free (USA/Canada): +1-800-792-5285, +1-503-894-6022, +1-503-446-1141 UK: +44-845-528-1300 Hong Kong: +852-301-84916 India (Pune): +91-20-66346060 Fax: +1⟨855⟩550-5975help@alliedmarketresearch.com