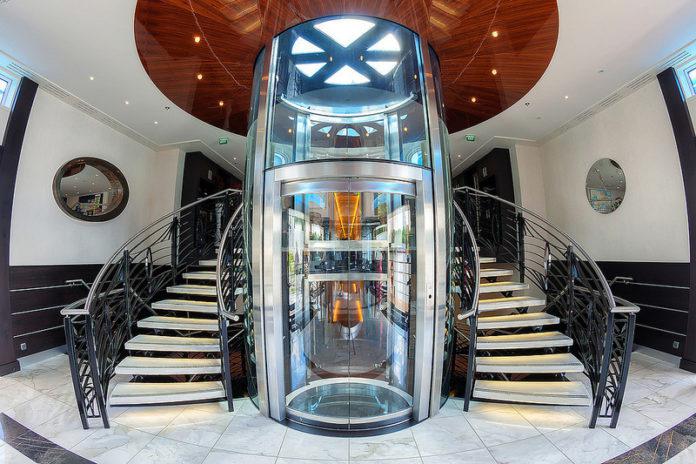 Smart elevators are designed to travel between floors. They are faster, easier, and more energy efficient as compared to conventional elevators. It uses destination dispatch technology wherein passengers enter their destination floor via a touch screen panel and are assigned to a lettered elevator along with other people going to the same floor. Request Sample PDF here @ https://www.coherentmarketinsights.com/insight/request-sample/2044This offers minimum number of stops between intermediate floors by skipping stops at lower levels and hence, elevator travels quickly to the desired floor. It is a fast way of travelling between the floors and is preferred to be used in tall buildings or commercial complexes. Increasing government investment for development of smart city is one of the major driving factors leading to demand for smart elevators. For instance, according to the Indian government Union Budget 2018-19, the government has selected 99 cities under the smart city mission and will provide a fund of US$ 3.1 billion for the development of these cities. Moreover, the high initial investment for installation of smart elevator become one of the major challenging factors, which hinders the market growth.Increasing urbanization is a major factor driving growth of the smart elevators marketSmart elevator is suitable for applications in infrastructure in the urban areas (such as New York City, Chicago, and San Francisco) where high multi-storey buildings and mall construction is gaining significant traction. Therefore, development in infrastructure is expected to propel demand for smart elevators. Increasing urbanization activities worldwide is further fuelling market growth. For instance, according to the World’s Cities by the United Nations report, in 2016, an estimated 54.5% of the world’s population lives in urban areas and is expected to grow to a 60% by 2030. Increasing sift of population towards urban regions is compelling engineers to develop better infrastructures (e.g. tall buildings) with a perspective to accommodate the growing urban population. Moreover, increasing investment in infrastructure sector worldwide is driving the market growth. For instance, according to Coherent Market Insights, worldwide infrastructure spending is expected to be over US$ 9 Trillion per year by 2025, up from US$ 4 Trillion per year in 2012. Overall, close to US$ 78 trillion is expected to be spent worldwide between 2014 and 2025. Therefore, increasing urbanization is propelling demand for construction of urban infrastructure, which in turn is driving growth of the smart elevators market.North America held the dominant position in smart elevators market in 2017, owing to increasing expenditure on infrastructure. The region of North America comprises some prominent and developed economies such as the U.S. and Canada. The rate of urbanization in these economies is considerably high. For instance, according to the United Nations report, in 2016, over half of the North American population resided in the urban regions and one in every five people lived in a city of 5 Million habitants or more. Increasing urbanisation in these regions is propelling demand for construction of tall buildings for residential and commercial purposes, which in turn is fuelling growth of the smart elevators market.Ask query @ https://www.coherentmarketinsights.com/insight/talk-to-analyst/2044Furthermore, Asia Pacific is the fastest growing region in the global market. The region has high percentage of urban population. For instance, according to a March 2017 report by United Nation’s Economic and Social Council, Asia Pacific was home to 60% of world’s urban population in 2017. Furthermore, according to World Population data sheet by Population Reference Bureau, in 2017, the total population of Asia Pacific region was around 4,494 Million out of which 49% accounted for urban population. Also, funding for development of urban infrastructure sector has increased in Asia Pacific. For instance, according to September 2017, report by India Brand Equity Foundation (IBEF), in India, Foreign Direct Investment inflows for construction development sector and infrastructure activities sector accounted for US$ 24.54 billion and US$ 9.82 billion, respectively from April 2000 to June 2017. Smart elevators offers several advantages in urban infrastructures, growth of urbanization and infrastructure development in this region are expected to increase demand for smart elevators throughout the forecast period.Smart Elevators Market: Competitive LandscapeKey players operating in the smart elevators market include Hitachi, KONE CORPORATION, Mitsubishi Electric, Otis Elevator Company (UNITED TECHNOLOGIES), Schindler, Thyssenkrupp, Hyundai Elevator Company Ltd., Toshiba Elevators and Building Systems Corporation, Fujitec Co. Ltd., and Motion Control Engineering, Inc.About Coherent Market Insights: Coherent Market Insights is a prominent market research and consulting firm offering action-ready syndicated research reports, custom market analysis, consulting services, and competitive analysis through various recommendations related to emerging market trends, technologies, and potential absolute dollar opportunity.Contact Us: Mr. Shah Coherent Market Insights 1001 4th Ave, #3200 Seattle, WA 98154 Tel: +1-206-701-6702 Email: sales@coherentmarketinsights.com

05-28-2019 | Health & Medicine
Young Innovations Europe
Smart Solutions
Heidelberg, May 28, 2019 – The dental group Young Innovations presents new products that increase efficiency and safety in the practice: The high-quality Galaxie Cassettes simplify the cleaning, sterilization and classification of hand instruments. A stable case made of electropolished stainless steel protects the equipment, the unique design reduces the contact points. A laser-cut pattern maximizes water through flow and increases efficiency in the RDG / thermal disinfector. Smooth rounded corners
07-11-2018 | Media & Telecommunications
MarketResearchReports.biz
Survey Report on Smart Kitchen Appliances Market 2018: Smart Refrigerator, Smart …
The report analyzes and presents an overview on "Global Smart Kitchen Appliances Market Professional Survey Report 2018" worldwide. This report studies Smart Kitchen Appliances in Global market, especially in North America, China, Europe, Southeast Asia, Japan and India, with production, revenue, consumption, import and export in these regions, from 2013 to 2018, and forecast to 2025. The study objectives of this report are: To study and forecast the market size of Smart
04-16-2018 | Business, Economy, Finances, B …
ReportsWeb
Smart Mirrors
A smart mirror is an ordinary mirror with additional features and functionalities, incorporating capabilities that are otherwise done manually or in some computing system other than the mirror. For instance, a mirror that can connect to a smartphone or the internet and offer some measure of user comfort. The computing features in smart mirrors enable them to connect to the Internet and smartphones, categorizing them as connected devices. Connected devices
11-07-2017 | IT, New Media & Software
Persistence Market Research
Powered Smart Cards
In terms of consumption, the global powered smart card market stood at 2,049.1 Mn units in 2015 and is expected to register a volume CAGR of 59.2% to reach 5,640.6 Mn units by 2024 end. In a new report titled “Powered Smart Card Market: Global Industry Analysis & Forecast, 2016–2024”, Persistence Market Research studies the performance of the global powered smart card market over an eight-year forecast period (2016 –
08-01-2017 | Logistics & Transport
Palau International Ship Registry
SMART SHIPS NEED SMART REGISTRIES
The shipping world needs to wake up and embrace the philosophy of smart shipping because it is already here and the downturn in the world economy is not going to last forever, according to Panos Kirnidis, CEO of the Palau International Ship Registry. “The maritime industry knows that smart ships and smart technology is the way forward and yet there seems to be reluctance on the part of some owners to
11-28-2016 | IT, New Media & Software
TMR
Smart Kitchen Appliances Market ( Smart Refrigerators, Smart Dishwashers, Smart …
The rising demand for smart kitchen appliances is linked to their premium design that offers better effectiveness and more comfort than their traditional counterparts. With energy efficiency at its core, the global market for smart kitchen appliances is expected to surge at a robust pace in the near future.In a report titled “Smart Kitchen Appliances Market - Global Industry Analysis, Size, Share, Growth, Trends and Forecast 2014 - 2022,” Transparency
Comments about openPR
I can't but agree to the positive statements about your portal: easy to use, clear layout, very good search function, and quick editing!
Jens O'Brien, Borgmeier Media Communication