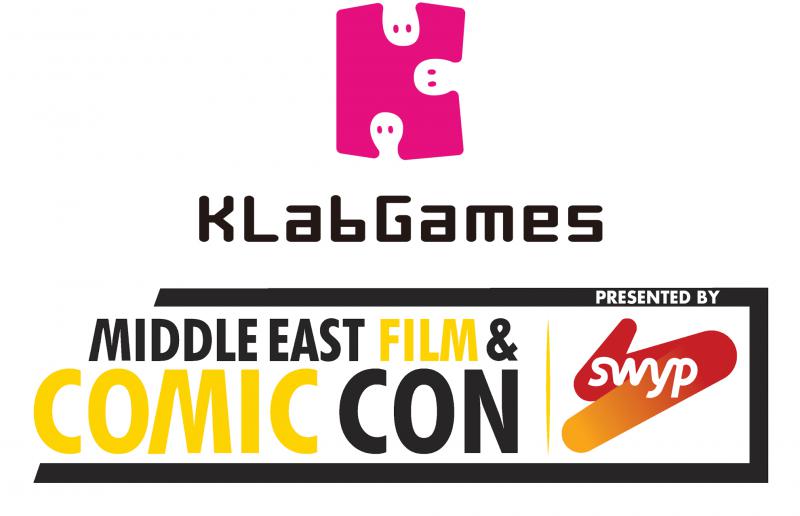 KLab Inc., a leader in online mobile games, has announced that it will host the Dubai Round of the Captain Tsubasa: Dream Team Dream Championship 2019 at its booth at the Middle East Film & Comic Con (MEFCC) in Dubai in April. KLabGames will join an array of exhibitors from all over the world celebrating anime, comics, and games at MEFCC.The Arabic version of KLab’s live streaming service, KLab Games Station (available in Japanese, English, French, and now Arabic) debuted on March 7 and will have live appearances at the event. The Dubai Round of the Captain Tsubasa: Dream Team Dream Championship 2019 will also take place during the event, and the winner will receive a trip to Tokyo, Japan to participate in the Dream Championship Finals that will be held there in fall 2019.A host of engaging content designed to delight fans and visitors alike is planned to kick off KLabGames’ first-ever appearance at the Middle East Film & Comic Con. With anime fans and game players from the UAE and all over the Middle East expected to attend, the booth will be jam-packed with stage events, a VR experience area, event-limited merchandise for sale, and free giveaways, all centered around two KLabGames hit titles, Bleach: Brave Souls and Captain Tsubasa: Dream Team.- KLab is a leader in online mobile gaming. Founded in 2000 and headquartered in Tokyo, the company is listed on the 1st Section of the Tokyo Stock Exchange. KLab has consistently ranked as one of the top 52 grossing game publishers worldwide since 2012. With its emphasis on quality and innovative games, KLab continues to grow at a rapid pace, expanding beyond the Japanese market with offices in Singapore, Shanghai, and the United States. For more information about KLab, please visit http://www.klab.com/jp/english/.For further information, please contact: Global PR Team@KLab Inc. TEL: (+81) 3-5771-1326 EMAIL: pr@klab.com- Matrix PR - Mazaya Centre, Office building A, Office 3013, Dubai, United Arab Emirates - Shirin Zemmo shirin@matrixdubai.com +971 4 343 0888

01-28-2020 | Sports
Matrix PR
Dakar Rally was just the prompt continuation of a flurry of successfully held mo …
Dubai, UAE, January 23, 2020: Carlos Sainz won his third Dakar Rally title in Saudi Arabia but the countdown to yet another exciting motor rally extravaganza is on for the 2020 season. Preparations for the current year's first three, eagerly awaited regional rally championships are on high gear, following the announcement of the respective dates. According to Dubai based, motorsports marketing experts and marketing and sponsorship partners for key brands
04-04-2019 | Business, Economy, Finances, B …
Matrix PR
The way ahead for Integrated Marketing Communication and its influence on Consum …
In order to strategically position your brand, you must fully understand the consumers’ buying behaviour. By understanding what exactly informs a consumer’s purchase decision, you will be in a better position to communicate why your brand is by far the best bet for the customer. While it is a fact that consumer behaviour is driven by a variety of factors, the right form of marketing communication can, to a certain extent,
03-28-2019 | Media & Telecommunications
Matrix PR
TECNO Mobile Teams Up with Etihad Airline and Visit Abu Dhabi to Sponsor Abu Dha …
Global premier mobile phone brand, TECNO Mobile, has teamed up with Middle East’s aviation giant, Etihad Airline and famous tourist platform Visit Abu Dhabi to boost youth football in the region as the official sponsors of this year’s Abu Dhabi Cup. Manchester City Football Club is hosting this event on Friday 29th March and Saturday 30th March 2019. This will be second time TECNO Mobile, through their Manchester City sponsorship, is
11-13-2008 | Fashion, Lifestyle, Trends
Matrix PR
Giuseppe Zanotti – Vicini new collection radiates top class luxury appeal
Swarovski crystals and real gems add glory to the designer’s glamorous new collection Giuseppe Zanotti – Vicini designs, the luxury designed footwear brand by the world’s top footwear designer Giuseppe Zanotti has consumed the stores with its stylish and brilliant footwear designs. Peep toes with decorative heels, stilettos in ultra-chic styles and strappy sandals provide a wide range for women while lace-ups and Moda styles shining in stylish patent leather