Antidepressant Drugs Market to Boost Value to $15,983 Million by 2023 | North America is the highest contributor 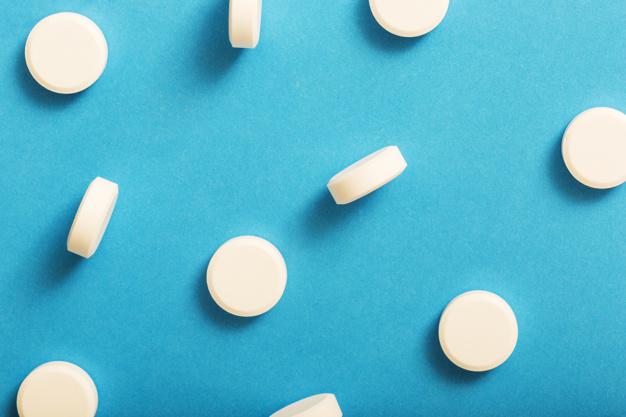 The antidepressant drugs market accounted for $13,755 million in 2016, and is estimated to reach $15,983 million by 2023, registering a CAGR of 2.1% from 2017 to 2023. North America is the highest contributor in the antidepressant drugs market in 2016; however, Asia-Pacific is expected to witness the highest growth rate during the forecast period.Depression includes a variety of mental health problems characterized by the absence of a positive emotion, low mood, and a range of associated cognitive, physical, emotional, and behavioral symptoms. It is a very common condition that affects 1 in every 5 Americans. There are many factors including genes, factors such as stress and brain chemistry that could lead to depression. According to WHO almost 350 million people worldwide were affected with depression in 2016. Antidepressants help maintain balance of various hormones and chemicals in the brain, which helps in the treatment of depression.Download Sample Report @ https://www.alliedmarketresearch.com/request-sample/2593?utm_source=opr_sankThe rise in geriatric population, increase in prevalence of depression, and emergence of novel techniques for the development of drugs with fewer side-effects majorly drive the market growth. Furthermore, increase in awareness regarding the disease state and rise in number of people suffering from stress can fuel the growth of the antidepressant drugs market. However, poor efficacy and safety profiles of the drug, preference for non-pharmacological therapies, and increase in number of patent expiration of antidepressants that lead to weak pipeline are expected to hamper the market growth.Among the depressive disorder, major depressive disorder is the dominant segment as majority of the people are usually diagnosed with this disorder due to increase in stress levels. However, obsessive compulsive disorder is the fastest growing segment due to increase in the number of drugs for this disorder. Among the product, selective serotonin reuptake inhibitors dominate the market owing to the large number of prescription of this drugs and large number of clinical trials for these drugs.In 2016, North America was the dominant revenue contributor, owing to the high prevalence rate of depression, presence of high disposable income, and increase in number of prescriptions for antidepressants. However, Asia-Pacific is expected to witness the highest CAGR during the analysis period, attributable to presence of populace countries such as India and China leading to large number of people suffering from depression and rise in healthcare expenditure.Key Findings of the Antidepressant Drugs Market:• Obsessive compulsive disorder is projected to grow at the highest rate during the analysis period. • North America dominated global antidepressant drugs market in 2016, and is projected to continue its dominance in future. • China is expected to grow highest in Asia-Pacific during the forecast period. • Major depressive disorder is the largest contributor among the depressive disorder segments in 2016. • Selective serotonin reuptake inhibitors segment generated the highest revenue, and is expected to continue its dominance in future.The key players operating in the global antidepressant drugs market include Alkermes Plc, Allergan Plc, Bristol Myers Squibb Co., Eli Lilly and Co., GlaxoSmithKline Plc, H. Lundbeck, Merck & Co., Inc., Pfizer Inc., Teva Pharmaceutical Industries Ltd., and Takeda Pharmaceutical Co. Ltd.Other prominent players in the value chain include Opko Health, Intra-Cellular Therapies, Janssen Pharmaceuticals, Lupin, Abbott Laboratories, Novartis, Forest Laboratories, and AstraZeneca.Flat 20% Discount on All License Type.. https://www.alliedmarketresearch.com/checkout/647162 *Offer Valid Till 20th April 2019About usAllied Market Research, a market research and advisory company of Allied Analytics LLP, provides business insights and market research reports to large as well as small & medium enterprises. The company assists its clients to strategize business policies and achieve sustainable growth in their respective market domain. Allied Market Research provides one stop solution from the beginning of data collection to investment advice. The analysts at Allied Market Research dig out factors that help clients to understand the significance and impact of market dynamics. The company amplies client's insight on the factors, such as strategies, future estimations, growth or fall forecasting, opportunity analysis, and consumer surveys among others. As follows, the company offers consistent business intelligent support to aid the clients to turn into prominent business firm.Contact:David Correa 5933 NE Win Sivers Drive #205, Portland, OR 97220 United States Toll Free: +1-800-792-5285 UK: +44-845-528-1300 Hong Kong: +852-301-84916 India (Pune): +91-20-66346060 Fax: +1(855)550-5975 help@alliedmarketresearch.com Web: www.alliedmarketresearch.com

You can edit or delete your press release Antidepressant Drugs Market to Boost Value to $15,983 Million by 2023 | North America is the highest contributor here