“Minnow”* by Veronica Arthur is published


Press release from: PR for Minnow 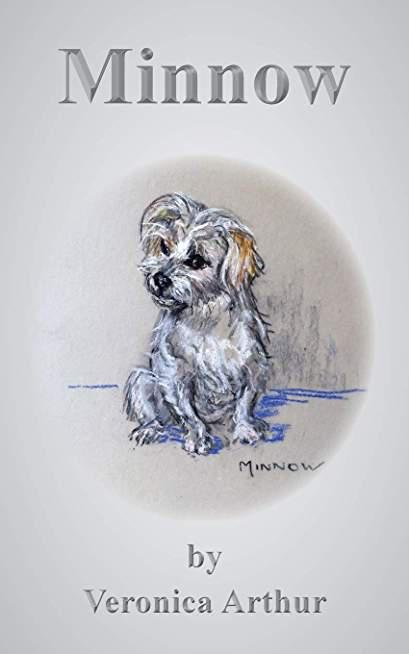 ISBN #978-1786233257“Minnow”* by Veronica Arthur is publishedThis is a heart-warming dog tale with lovely illustrations*a percentage of proceeds from sales of this book go to Countryside Alliance*About the Book:A puppy, Minnow, remembers his life born in a tenement in a high-rise block of flats. He is befriended by an old lame dog, Rufus, a wise campaigner who introduces his young companion to city life and daring escapades for morsels and nourishment. During a fearful chase the two dogs are parted: both are transported separately to a Home for Strays, a business operation run by money grabbing, untrustworthy individuals. Minnow, an attractive puppy, is purchased for the daughter of a wicked witch like woman, Mrs. Cowper. The spoilt child soon tires of her new pet and her mother, who rules the family, takes a strong dislike to the now, unpopular puppy. Next, Minnow's hunting instinct encourages him to chase a dog fox into woods. He finds himself, with fear and pain, wedged deep in an underground tunnel. After days of starvation in a near skeletal state, the puppy manages to crawl to freedom. Weak and disorientated, he falls into the hands of two jovial poachers. The illegal hunters give the puppy succour, but the following day Minnow's comfort ends when the young dog is returned to his unscrupulous former owner whose brow beaten husband had advertised a reward for the puppy’s return. Following a frightful argument, a monetary transaction takes place and at once the rejected puppy’s life is in jeopardy as Mrs. Cowper recklessly drives him to wasteland, and cruelly, she leaves him to die in freezing winter conditions. Minnow discovers a gypsy settlement and adapts to a life on the road. More characters and canine companions enter his life. At a fair, panic and turmoil erupt when a fire ravages his wagon abode, and for the young dog, a new home is found. Minnow’s story finally ends in happy surroundings, and it is here where Minnow relates his life filled with awesome adventures, and at times, in atrocious conditions.About the Author:Veronica Arthur was brought up in Ireland where most of her education was carried out at a day school in Dublin, enabling her to be immersed in her love of outdoor life. She taught her favourite terrier to jump through her arms and, as well as her devotion to her parents’ dogs, ponies were a large part of her life.Later in life, she moved to Bingfield, near Hexham, which became home and the menagerie of animals began to grow and their stories began to collect. As a mother of two and grandmother of five, Veronica has spent many an hour entertaining youngsters with bedtime stories; the most popular always those that shared the secret side to the animals they all knew and loved; stories created and expanded by Veronica.Minnow is one such story, gently dotted with stories of Rufus, that old wise lame ginger dog, and Cream Bun, the Romany pony.Amazon Review for “Minnow”:Wordly Traveller 5.0 out of 5 stars I loved this heart-warming dog tale 11 March 2019For anyone who loves animals, and dogs in particular, this book is for you!Minnow is a puppy growing up in a tower block and then finds himself in a dog shelter. After some cruel treatment at the hands of Mrs. Cowper, he eventually finds freedom, happiness and a world full of adventure.The story reminded me of the first movie that I ever went to as a kid called "The Hundred and One Dalmatians" with Mrs. Cowper being similar to the sinister Cruella de Vil.“Minnow” by Veronica Arthur is available from all major, international wholesalers and retailers in paperback including Amazon:https://www.amazon.co.uk/Minnow-Veronica-Arthur/dp/1786233258 Press/Media Contact Details:Grosvenor House Publishing Tel. 020 8339 6060 E-mail: info@grosvenorhousepublishing.co.ukGrosvenor House Publishing is a professional publishing company in the UK.Link House 140 The Broadway Tolworth Surrey, England KT6 7HT

04-19-2016 | Advertising, Media Consulting, …
Majesty Girls
Transgender Advocate, Producer and Filmmaker Veronica Robinson features “Majes …
The challenges transgender women face are very real ones, and often something not well understood by the majority of people. Fortunately, important progress is being made in this area by breakthrough artists, like transgender advocate, filmmaker and producer Veronica Robinson. Recently, Robinson won best film at the Miami Short and Documentary Film Festival for “Majesty Girls” shedding light on the transgender woman experience. With her work rising
04-12-2016 | Leisure, Entertainment, Miscel …
The Beehive
Mi Casa Bee Casa
WHAT: On Thursday, May 5th, 2016, The Beehive located in Boston’s South End is going south of the border in celebration of Cinco de Mayo with its annual event featuring live music and amazing food & cocktail specials! Guests will be able to indulge in Mexican-inspired food specials from Chef Gregory Torrech while getting in the spirit with tequila
01-07-2011 | Energy & Environment
American Institute of Renewable Energy
THE AMERICAN INSTITUTE OF RENEWABLE ENERGY (AIRE) IS OFFERING A FREE RENEWABLE E …
Thursday, January 6th, 2011 THE AMERICAN INSTITUTE OF RENEWABLE ENERGY (AIRE) IS OFFERING A FREE RENEWABLE ENERGY SEMINAR NEXT WEEK January 15th, 2011- On Saturday, January 15th, the American Institute of Renewable Energy (AIRE) is offering a free renewable energy seminar to those interested in receiving training in the solar and weatherization industries. FOR IMMEDIATE RELEASE Thursday, January 6th, 2011, SAN BERNARDINO, California The American Institute of Renewable Energy (AIRE) is offering a free renewable
06-11-2010 | Arts & Culture
The gallery STEINER - art & wine
Art From Ecuador: The exhibition of Veronica Ibsel Dominguez at Vienna
In the month of June The gallery STEINER - art & wine presents for the first time in it’s history Art from Ecuador. Veronica Ibsel Dominguez, native from Guayaquil, a harbour city (in the Western part of the republic) and the largest city (in terms of population) of Ecuador is showing an extensive exhibition at Corinna Steiner’s gallery. The artist lives and works in Bad Vilbel, near the German metropolis
06-19-2009 | Advertising, Media Consulting, …
VBP OutSouring
Veronica Eyenga, Discusses Current Economic Climate in the 2009 Minority Busines …
Glen Burnie, MD (June 17 2009) – Interviewed and featured in the 2009 Minority Business edition of the Baltimore Business Journal, President and CEO Veronica Eyenga, discusses how she has kept her business, VBP OutSourcing, afloat in the current economic climate. As the current state of the economy has affected the majority of minority business, Eyenga has turned to new avenues for growth and expansion. One aspect has
11-18-2008 | Fashion, Lifestyle, Trends
The Art Institute of California - Orange County
The Art Institute Offers a Scholarship Competition for High School Seniors with …
High school seniors who dream of a career in the fashion industry can compete in The Art Institutes Passion for Fashion Competition for the opportunity to earn a full tuition scholarship to study fashion at The Art Institute of California - Orange County. "Many students have raw talent and a full tuition scholarship could help them learn the skills they need to pursue a career in fashion," said Mary Ann Gale,
Comments about openPR
We publish our press releases on openPR.de because we like people who are "open" - just like us.
Frank Obels, CEO, INCONET - Informationssysteme, Communication und Netzwerkberatung GmbH