Press release from: Research for Markets 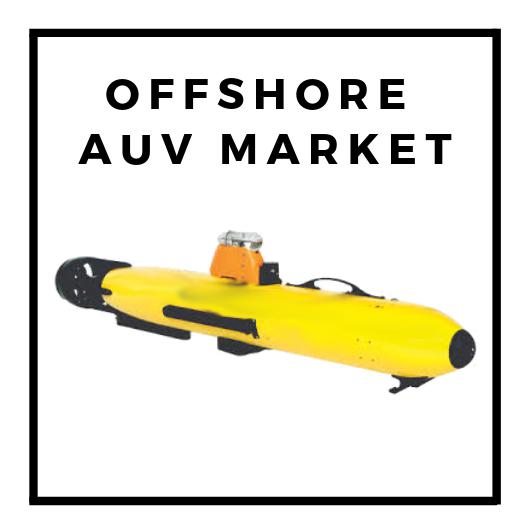 An autonomous underwater vehicle is a robot that travels underwater without requiring input from an operator. Autonomous Operated Vehicles (AUV) is the unmanned underwater vehicles which are operated without direct human intervention. They are being designed to perform underwater survey missions required in commercial, scientific research, and defense sectors. They are capable of carrying out an entire mission independently and return to the pre-programmed location where the data is collected and analyzed. Autonomous underwater vehicles are used in key application areas in commercial, scientific research, and defense.Currently, the Defense market makes up approximately 58% of AUV sales. The Scientific Research market makes up approximately 14% of the AUV market. The Commercial market makes up approximately 28% of AUV sales. Defense and scientific research markets are expected to make up more than 64% of projected sales through 2023. AUVs will be increasingly used in the Commercial market, primarily because of the cost of using ROVs. The increased functionality in AUVs and the demand for floating production systems and remote fields also are drivers for adopting AUVs.For sample Copy of this report : https://www.researchformarkets.com/sample/global-offshore-auv-market-442538 The market for large AUVs is expected to grow at a high rate between 2018 and 2023. Large AUVs can operate at a depth of more than 1,000 meters and are widely used for hydrographic exploration, deep ocean search, and deep water surveys. The AUVs intended for exploration activities in deep waters are specifically used for deep water mapping and surveying applications, including pipe surveys for the oil & gas sector. There is a growing demand for new energy sources worldwide, which can be met with the help of large AUVs as this type of AUVs can reach great depths underwater. North America held the largest share of the autonomous underwater vehicle market in 2017. The increasing adoption of AUVs for military & defense applications in the US is driving the growth of the AUV market in North America. However, among all regions, the AUV market in APAC is expected to grow at the highest rate between 2018 and 2023. The rising need for energy, along with the high GDP growth rate, in developing countries in APAC, such as China and India, is creating huge opportunities for manufacturers of AUVs in this region.Avail Discount on this report : https://www.researchformarkets.com/discount/global-offshore-auv-market-442538The worldwide market for Offshore AUV is expected to grow at a CAGR of roughly 15.7% over the next five years, will reach 83 million US$ in 2024, from 40 million US$ in 2019, according to a new RFM (ResearchforMarkets) study. This report focuses on the Offshore AUV in global market, especially in North America, Europe and Asia-Pacific, South America, Middle East and Africa. This report categorizes the market based on manufacturers, regions, type and application.Market Segment by Manufacturers, this report covers Kongsberg Maritime OceanServer Technology Teledyne Gavia Bluefin Robotics Atlas Elektronik ISE Ltd JAMSTEC ECA SA SAAB Group Falmouth Scientific Tianjin SublueMarket Segment by Regions, regional analysis covers North America (United States, Canada and Mexico) Europe (Germany, France, UK, Russia and Italy) Asia-Pacific (China, Japan, Korea, India and Southeast Asia) South America (Brazil, Argentina, Colombia etc.) Middle East and Africa (Saudi Arabia, UAE, Egypt, Nigeria and South Africa)Market Segment by Type, covers Shallow AUV (depth up to 100 m) Medium AUVs (depth up to 1000 m) Large AUVs (depth more than 1000 m)Market Segment by Applications, can be divided into Defense Scientific Research CommercialResearch for Markets indulges in detailed and diligent research on different markets, trends and emerging opportunities in the successive direction to cater to your business needs. We have established the pillars of our flourishing institute on the grounds of Credibility and Reliability. RFM delve into the markets across the Asia Pacific, North America, South America, Europe, Middle East and Africa.Contact:Mr. A NaiduTel: +44 8000-4182-37 (UK)Email: alan.naidu@researchformarkets.com

You can edit or delete your press release Offshore AUV Market Trends Forecast Analysis by Manufactures, Regions, Type and Application to 2024 Researched in new Report here

More Releases from Research for Markets

04-06-2020 | Energy & Environment
Research for Markets
Oilfield Services Market Competitive Outlook with Baker Hughes, a GE company, Ha …
The market report titled Oilfield Services Market has company analysis, history, and future overview, global sales trends by 2025. It will be one of the most comprehensive and important additions for growth of the business through Oilfield Services Market research studies. The Oilfield Services Market research report comprises of a detailed analysis of the vendor landscape and thorough company profiling of leading players of the worldwide market. This business document
04-06-2020 | Health & Medicine
Research for Markets
Annuloplasty Rings Market Competitive Outlook | Medtronic, Edwards Lifesciences, …
Global Annuloplasty Rings Market analysis report is a historical overview and comprehensive study on the current & future market of the ABC industry. This business research document puts forward an in-depth evaluation of each crucial aspect of the worldwide market that relates to the Annuloplasty Rings Market size, market share, market growth factor, key vendors, revenue, top regions, industry trends, product demand, sales volume, capacity, cost structure,
04-06-2020 | Business, Economy, Finances, B …
Research for Markets
Ventilators Market Top Players are are benefiting from the coronavirus | BD, GE …
The Ventilators Market report has been generated by considering a common theme throughout the marketing industry that suggests strategy and research need stronger alignment. RFM team has firm expertise in making extensive reports that cover all the necessary details about Ventilators Market assessments such as major technological improvement in the industry. The information and flow of this Ventilators Market report can be employed by marketers from all walks of
04-06-2020 | Business, Economy, Finances, B …
Research for Markets
ICU Ventilator Market Competitive Outlook | Getinge, Koninklijke Kentalis, Phili …
ICU Ventilator Market report enables clients to enhance business efficiency and focus on other core aspects of operations rather than wasting time in market research and reporting needs. ICU Ventilator Market instructions provided in this market analysis report are very specific and research-backed. For getting customization of the report, reach RFM team via email or phone. This ICU Ventilator Market analysis report delivers key data about the product portfolios, product