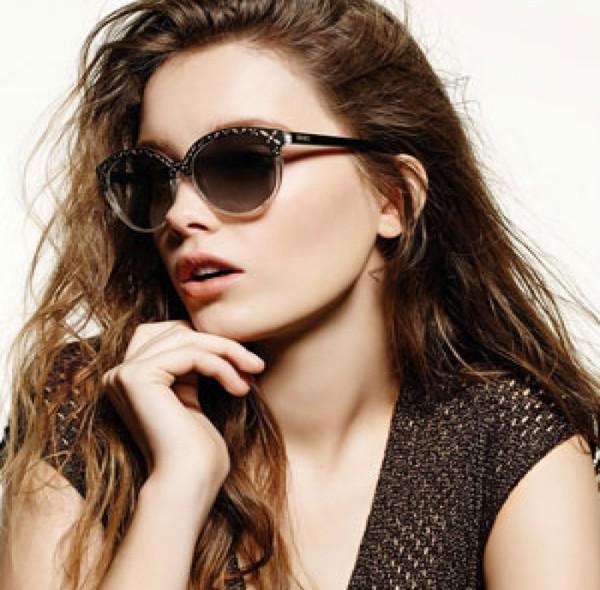 Eyewear is an important accessory that aid in numerous visual defects such as myopia and hyperopia. Apart from this, it is used as a fashion accessory and for protection against sunlight and harmful U.V. radiations. Eyeglasses are also used in industries for protection against debris and for welding, in order for protection against high intensity light and heat. Factors such as acute myopia at a younger age and rising awareness about eye health are expected to drive growth of the eyewear market over the forecast period. For instance, according to WHO in 2017, around 253 million people had vision impairment of which 36 million were blind and 217 million had moderate to severe vision impairment, globally. Get a PDF Sample of Research Report @ https://www.worldwidemarketreports.com/sample/244286Some of the major market players operating in the eyewear market include Luxottica Group S.p.A, Valeant Pharmaceuticals International Inc., Fielmann A.G., CooperVision Inc., Safilo Group S.p.A., Carl Zeiss A.G. and Essilor International among others.The increasing use of computers and smartphones results has resulted in rising cases of Computer vision syndrome (CVS) caused due to focusing the eyes on a computer or other display device for long. This is expected to be another factor driving the growth of the eyewear market. Apart from this the changing fashion trends and availability of new lens technologies is expected to drive the growth of the market. For instance Chinese police have launched sunglasses with built-in facial recognition which are still in their testing stages. These factors are expected to drive the growth of the global eyewear marketEurope was the most dominant market in terms of revenue share in 2016 and is expected to continue its dominance over the forecast period. European market was valued at over US$ 32.15 billion in 2016, due to high demand for eyewear, especially for premium sunglasses coupled with the presence of major eyewear manufacturers such as Luxottica and Safilo in Europe. End-users are increasing adopting scratch proof, Anti-Reflective, and UV protection eyewear resulting in an increasing demand for eyewear in this region. Moreover, major eyewear manufacturers such as Luxottica and Safilo are based in Europe, which is another factor for the dominance of the region. Asia Pacific is projected to be the fastest growing region in the eyewear market, witnessing a CAGR of 8.63% over the forecast period. The reason for the same is due to the rising penetration of international eyewear brands such as Rayban, Dior and D&G amongst others in the Asia Pacific region. Apart from this the large population suffering from visual defects coupled with a low usage of any visual correction aids provides the manufacturers with a huge untapped market. For instance according to the Asia Pacific Optometrists Organization, India in 2014 approximately 153 million people in India required spectacles but do not have access to them.Request Customization Of Research Report @ https://www.worldwidemarketreports.com/quiry/244286About Us: Worldwide Market Reports is your one-stop repository of detailed and in-depth market research reports compiled by an extensive list of publishers from across the globe. We offer reports across virtually all domains and an exhaustive list of sub-domains under the sun.Mr. Shah Worldwide Market Reports 1001 4th Ave, #3200 Seattle, WA 98154 Tel: +1-206-701-6702 Email: sales@worldwidemarketreports.com

12-07-2021 | Business, Economy, Finances, B …
Worldwide Market Reports
On-Demand Laundry Service Market to Show Incredible Growth and Forecast by 2027| …
The latest release of the WMR titled On-Demand Laundry Service 2021-2027 Market Research Report (by product type, end-user / application, and regions/countries) assesses each market segment of On-Demand Laundry Service in detail so that readers can be guided about future opportunities and profitable areas of the industry. In addition, it features an encyclopedic study of key market dynamics, including market size, share, growth triggers, trends, obstacles, challenges, and opportunities. In addition,
12-07-2021 | Business, Economy, Finances, B …
Worldwide Market Reports
Master Recharge API Market Statistics and Industry Analysis Detailed in Latest R …
The Master Recharge API Market (2021) research report explores the market in terms of revenue and trends and drivers of emerging markets and includes up-to-date analysis and forecast for various market segments, major players, and all geographies up to 2027. The coronavirus (COVID-19) epidemic has affected all aspects of life around the world. It changed part of the market situation. The main objective of the research report is to provide users
12-07-2021 | Business, Economy, Finances, B …
Worldwide Market Reports
Corporate Secretarial Services Market 2021 Study Objectives Industry Perspective …
Worldwide Market Report has recently added Corporate Secretarial Services Market Research Report which provides a thorough study of the market scenario/forecast for 2021-2027 delivering specifics on market Size, Share, Demand, Growth, Trends. This report covers the impact analysis of the COVID-19 pandemic. The COVID-19 pandemic has impacted imports and exports, demand, and trends in the industry and is expected to have some economic impact on the market. This report provides
12-07-2021 | Business, Economy, Finances, B …
Worldwide Market Reports
Off Price Retail Market: Future Forecast Assessed on the Basis of How the Key Pl …
The Global Off Price Retail Market Research Report will give you Full Analytics Research, which gives full details about key players such as company profile, product portfolio, capacity, price, cost, and revenue for the forecast period. 2021-2027. This report provides a complete assessment of the Off Price Retail market that contains future trends, current growth factors, insightful opinions, facts, historical data, and industry-validated, statistically supported market data. This Off Price Retail

12-14-2020 | Fashion, Lifestyle, Trends
Market Research Future
Emergence of Smart Eyewear to Benefit the Global Eyewear Market
The global eyewear market is estimated to enroll at a CAGR of 5.5% during the gauge time frame. The market is required to collect an estimation of roughly USD 185 billion before the finish of 2024. The upsurge in the number of visual inadequacies and expanding mindfulness concerning eye assessments are relied upon to give a force to the development. Developing reliance on the younger age on electronic gadgets, for example,
01-25-2019 | Advertising, Media Consulting, …
HTF Market Intelligence Consulting Pvt. Ltd.
Eyewear Market Astonishing Growth| Marchon Eyewear, Zeiss, Luxottica
HTF MI recently introduced Global and Regional Eyewear Market study with in-depth overview, describing about the Product / Industry Scope and elaborates market outlook and status to 2023. The market Study is segmented by key regions which is accelerating the marketization. At present, the market is developing its presence and some of the key players from the complete study are Johnson & Johnson Vision Care, Inc., De Rigo S.p.A, Bausch
12-13-2017 | Business, Economy, Finances, B …
Press-Release
Outlook of Eyewear Global Market 2017-2021
"Global Eyewear Market 2017-2021" The Report covers current Industries Trends, Worldwide Analysis, Global Forecast, Review, Share, Size, Growth, Effect. . . Description- '
12-11-2017 | Advertising, Media Consulting, …
Transparency Market Research Reports
Eyewear Market Outlook Report 2023
The eyewear market in the Middle East is consolidated in nature owing to a few prominent companies dominating it. In order to bolster their positions further, such companies are pitching their products to the younger demographic through social media and e-tailing. Some of the key players in the market are Oakley, Luxottica S.p.A, Ray-Ban, Prada, Johnson & Johnson Vision Care, Safilo Group, Essilor International, and Carl Zeiss A.G. Read Report Overview
10-16-2017 | Advertising, Media Consulting, …
HTF Market Intelligence Consulting Pvt. Ltd.
Eyewear Global Auction Market 2017 report by Strategies, Application, Growth Est …
Global Eyewear Sales Market Report 2017 is latest research study released by HTF MI evaluating the market, highlighting opportunities, risk analysis, and leveraged with strategic and tactical decision-making support. This study recognizes that in this quick-evolving, competitive environment, up-to-date industry information is essential to monitor performance & make critical decisions for growth and profitability. It provides information on trends and developments, focuses on markets and materials, capacities, technologies, and on
10-05-2017 | Fashion, Lifestyle, Trends
WISE GUY RESEARCH CONSULTANTS PVT LTD
Eyewear Global Market Key Players – Bausch & Lomb, Marchon Eyewear, Signature …
Summary WiseGuyReports.com adds “Eyewear Market 2017 Global Analysis, Growth, Trends and Opportunities Research Report Forecasting to 2022”reports to its database. This report provides in depth study of “Eyewear market” using SWOT analysis i.e. Strength, Weakness, Opportunities and Threat to the organization. The Eyewear Market report also provides an in-depth survey of key players in the market which is based on the various objectives of an organization such as profiling, the product outline,
Comments about openPR
Your portal is fast, simple, and easy to use. Others may have more functions but they also demand more editing time, you have to preformat the text in order to achieve a good result etc. I think openPR is really fantastic!
Andreas Knepper, wallmedien AG