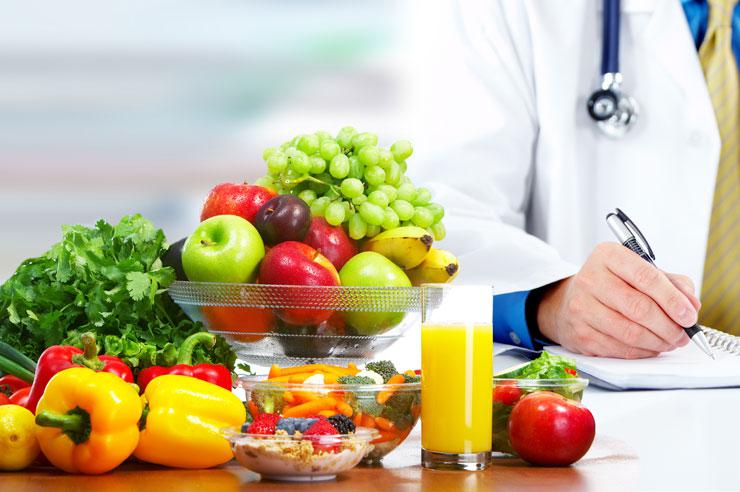 Pediatric nutrition refers to the nutritional products given to infants or children as a sole source of nutrition or supplement. These products support physical and mental growth of children, in turn supporting balanced growth in their formative years, from infancy to adolescence. The usage of these products is critical in cases of premature birth or babies suffering from severe allergies such as lactose intolerance. In premature birth, baby can’t be directly breastfed and hence, these products are the sole source of nutrition till they get switched to breastfeeding. According to Centers for Disease Control and Prevention (CDC), 2016, around 10% (1 in every 10) of births recorded were premature in the U.S. Moreover, globally, every year around 15 million births are premature, according to the World Health Organization (WHO). Products are also being developed for infants suffering from certain inborn diseases such as maple syrup urine disease or phenylketonuria.Download PDF Brochure Of This Research Report @ https://www.coherentmarketinsights.com/insight/request-pdf/1308Market Dynamics:Increasing per capita income in emerging economies of Asia Pacific, emergence of new player in the market, and increasing investment from leading players such as Reckitt Benckiser Group Plc, Nestlé S.A., Abbott Laboratories, Groupe Danone, and Royal FrieslandCampina, in high demand countries such as India and China are major drivers for growth of the market. In the age of significantly lower birth rate in developed economies such as Germany, Canada, U.S. and UK, countries like India, with higher birth rate, presents an opportunity for the player in the market. Moreover, continuous effort from non-government organizations such as WHO, Save The Children, UNICEF and other similar minded organizations to end malnutrition has resulted in formulation of policy that recognizes the importance of nutritional products at very early age, and hence, supports this. For instance, National Nutrition Strategy formulation by Government of India in 2017. These favorable policies is expected to support growth in adoption rate for pediatric nutrition products which in turn will result in growth in the market.Increasing demand for nutritional products in Asia Pacific is expected to boost growth of the pediatric nutrition market:Asia Pacific is home to two of the most populous countries in the world, India and China. Number of births in these countries is also among the highest, every year. Moreover, in October 2015, China abolished its one-child policy, which in turn is expected to increase the birth rate in China. According to World Bank, in India, crude birth rate (birth per 1,000 people) was recorded to be 19 in 2015, which was much higher as compared to developed economies such as the U.S., U.K., Germany, France, and Italy which recorded crude birth rate of 12, 12, 9, 12, and 8, respectively. Significant year-on-year increase in the crude birth rate in India, is expected to increase in the number of total births in the country in the near future.Companies such as Mead Johnson Nutrition have operated with very high gross margins accounting for 64.2%, 64.3%, and 61.4% in 2016, 2015, and 2014, respectively. This in turn, indicates lucrative opportunity for market players in this market, which in turn is increasing the entry of large players. Due to the high gross margins, new manufacturers are competing with leading players by selling their products at a reasonable but profitable price.The global pediatric nutrition market was valued at US$ 35,211.6 million in 2016 and is expected to witness a CAGR of 6.4% over the forecast period (2017 – 2025).Browse Complete Report For More Information @ https://www.coherentmarketinsights.com/market-insight/pediatric-nutrition-market-1308Innovative products for babies with special needs is boosting market growth:Lactose intolerance, allergy to cow’s protein milk, maple syrup urine disease, phenylketonuria, and insulin resistance are some of the most common health complications faced by infants and children. These children require special nutrition, which can be provided by nutritional products. Mead Johnson Nutrition (acquired by Reckitt Benckiser Group Plc) developed a separate category of products specifically designed for children suffering from such diseases. These products include Mead Johnson BCAD, for children suffering from maple syrup urine disease and Mead Johnson PhenylFree, for children suffering from phenylketonuria. Other players such as Nestle S.A. and Abbott Laboratories also sell product for children with special needs. Increasing number of products to serve this special population coupled with increasing awareness about such diseases is expected to support growth of the global pediatric nutrition market. Furthermore, companies are focusing on development of products that may serve as nutrition enhancer or taste modifier, for the general population. Such products include ChocoMilk and Cal-C-Tose, which when added to milk enhance its nutritional value.Competitor Analysis:The key players operating in the global market of Pediatric Nutrition Market include,Reckitt Benckiser Group Plc ,Nestle S.A. ,Abbott Laboratories ,Groupe Danone ,Royal FrieslandCampina ,Baxter International Inc. ,Fresenius Kabi ,Braun Melsungen AGInquire Here Before Purchase Of This Research Report @ https://www.coherentmarketinsights.com/insight/talk-to-analyst/1308About Coherent Market Insights:Coherent Market Insights is a prominent market research and consulting firm offering action-ready syndicated research reports, custom market analysis, consulting services, and competitive analysis through various recommendations related to emerging market trends, technologies, and potential absolute dollar opportunity.Contact Us:Mr. Shah Coherent Market Insights 1001 4th Ave, #3200 Seattle, WA 98154 Tel: +1-206-701-6702 Email: sales@coherentmarketinsights.com

11-30-2021 | Business, Economy, Finances, B …
Coherent Market Insights
PVC Packaging Materials market Records A Cagr Of 4.7 % During 2021-2027 | Relian …
Polyvinyl chloride (PVC) packaging material is used in various end-use industries such as personal care, food and beverages, medical, and others, owing to its properties such as light weight, good impact strength, resistance to oil, grease and chemicals, and others. The high versatility of plastic enables in reuse and recycling. The rigid packaging application segment is expected to show a significant growth in the global PVC packaging materials market over the
11-30-2021 | Business, Economy, Finances, B …
Coherent Market Insights
Crystalline Solar Collector Market 2021: Top Growing Companies - Wuxi Suntech So …
According to a Recent Research Published by Coherent Market Insights The Global Crystalline solar collector are used capture solar radiations. The collector absorbs heat from sunlight, which makes it ideal for manufacturing of photovoltaic (PV) cells. These solar collector panels are made from crystalline silicon. With depleting fossil fuel and increasing preference for clean energy, significant growth of the crystalline solar collector market is evident in the foreseeable future. However, high
11-30-2021 | Business, Economy, Finances, B …
Coherent Market Insights
Ethyl Mercaptan Market 2021-2030: Global Size, Share, Growth, Latest Technology …
Ethyl mercaptan, also known as ethanethiol, is an organosulfur compound, a clear toxic liquid with a distinct odor and was recognized as the world’s stinkiest substance in the 2000 Guinness Book of World Records. Its structure parallels that of ethanol, however, with sulfur in instead of oxygen. It occurs naturally as a minor component of petroleum, and may be added to otherwise odorless gaseous products such as liquefied petroleum gas
11-30-2021 | Business, Economy, Finances, B …
Coherent Market Insights
At CAGR of 18%, Haptic Technology for Mobile Devices Market Size 2021 | Immersio …
The global haptic technology for mobile devices market is expected to exhibit a CAGR of 18% during the forecast period (2019-2027). According to a Recent Research Published by Coherent Market Insights The Global Haptics is the use of a combination of three physical properties to provide tactile feedback in a digital device such as keyboards, touchscreens, speakers, and external speakers. One reason for this is the fact that many users love

04-27-2019 | Advertising, Media Consulting, …
HTF Market Intelligence Consulting Pvt. Ltd.
Medical Nutrition Market Trending Worldwide | Abbott Nutrition, Baxter Internati …
A latest study released by HTF MI on Global Medical Nutrition Market covering key business segments and wide scope geographies to get deep dive analysed market data. The study is a perfect balance bridging both qualitative and quantitative information of Medical Nutrition market. The study provides historical data (i.e. Volume** & Value) from 2013 to 2018 and forecasted till 2025*. Some are the key & emerging players that are part
11-16-2018 | Health & Medicine
Allied academies
Nutrition: Health Is Wealth
Nutrition is the supply of food to the body required by an organism to stay alive and healthy. In the language of human medicine, nutrition is the practice of consuming foods or utilization by the body. In today’s life, consuming healthy food is as difficult as getting fresh air. Seriously, nutrition is no rocket science! Having a little knowledge of nutrients and its proportions makes it easier for the consumer
09-13-2018 | Advertising, Media Consulting, …
HTF Market Intelligence Consulting Pvt. Ltd.
Mass Gainer Market | MTS Nutrition, Optimum Nutrition, MusclePharm
HTF MI recently introduced Global Mass Gainer Market study with in-depth overview, describing about the Product / Industry Scope and elaborates market outlook and status to 2023. The market Study is segmented by key regions which is accelerating the marketization. At present, the market is developing its presence and some of the key players from the complete study are MTS Nutrition(US), Optimum Nutrition(US), MusclePharm Corp(US), MuscleMeds Performance Technologies(US), UMP Healthcare
08-23-2018 | Advertising, Media Consulting, …
MarketResearchReports.biz
Medical Nutrition Market Abbott Nutrition, Nestle, Mead Johnson Nutrition Co.
MarketResearchReports.Biz has recently announced the Latest industry research report on: "Global Medical Nutrition Market" : Industry Size, Share, Research, Reviews, Analysis, Strategies, Demand, Growth, Segmentation, Parameters, Forecasts. Earlier medical nutrition solutions were meant for only to address malnutrition, but continued advancements in healthcare has led to the use of these medicated foods to complement drugs to treat various diseases such as diabetes, obesity, renal failure, pediatric malnutrition, sarcopenia and cancer. These
04-19-2018 | Science & Education
Conference Series
Clinical Nutrition Conference 2018
Clinical nutrition is essential for patients in healthcare to deal with sickness, injuries, surgery and for proper recovery. It helps in preventing malnutrition, restoring body tissue and boosting energy and immunity in the body. It can be provided with a proper diet plan and feeding the patient with essential foods that revive the patient’s body the patient can also be given healthy supplements for proteins, vitamins etc. The preferred route
12-01-2017 | Associations & Organizations
business news
Clinical Nutrition Products Market 2017- Meiji, Hospira, Ajinomoto, Abbott Nutri …
Apex Market Reports, recently published a detailed market research study focused on the "Clinical Nutrition Products Market" across the global, regional and country level. The report provides 360° analysis of "Clinical Nutrition Products Market" from view of manufacturers, regions, product types and end industries. The research report analyses and provides the historical data along with current performance of the global Clinical Nutrition Products industry, and estimates the future trend of
Comments about openPR
We publish our press releases on openPR.de because we like people who are "open" - just like us.
Frank Obels, CEO, INCONET - Informationssysteme, Communication und Netzwerkberatung GmbH