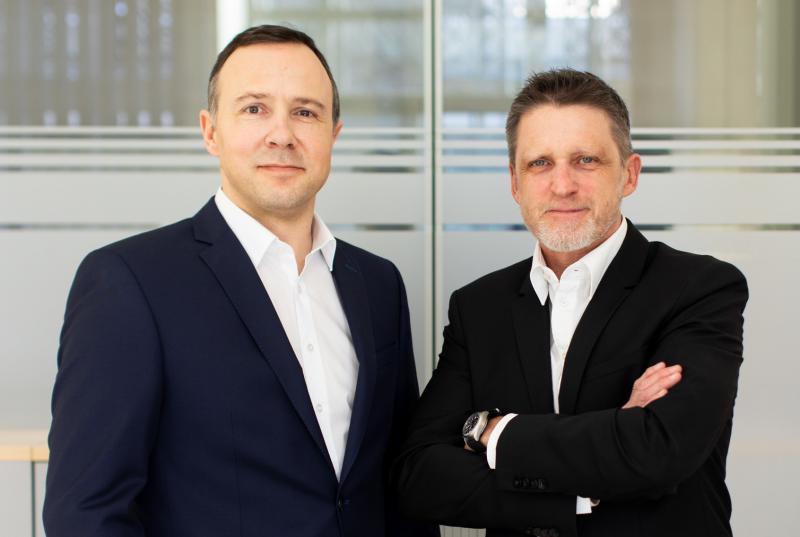 The NAB Show is the world’s most visited trade show for film and television production. More than 1.700 exhibitors are expected to attend this year’s event at the Las Vegas Convention Center. The NAB event with its tagline “Where Content Comes to Life” is aimed at film-makers in the broadest sense – from producers to post-production. Exhibitors will include major companies in the creative and media industry as well as the cyber security and AI sectors.A main focus of the show is the interaction between people and products. Attendees can choose from a variety of different offerings to take part in: conferences, workshops and seminars for education, training and networking as well as product presentations and several award ceremonies.For the latest in broadcasting technologies, Las Vegas is the place to go.The NAB Show is organised by the US-American National Association of Broadcasters. The annual convention debuted in 1923 with only 23 members. In 1941, commercial exhibitors were invited for the first time. Even early on, the congress was international in its orientation. The most recent show saw visitors from more than 160 countries, including numerous television industry experts and leaders.“NAB Show has always been the premier launch pad for new products that sit at the intersection of media, entertainment and technology.” Chris Brown, Executive Vice President NAB in a press release dated 14 January 2019 Source: https://www.nabshow.com/news-releases/nab-show-launch-product-year-awardsThe NAB Show has always been a venue where pioneering developments of their time were presented, such as OB vans, and later on live 3D and streaming video technology. One of the 2017 NAB Show highlights was a live 4K video stream from the International Space Station. In 2019, there will be new awards programme which will recognise products and technologies of the year. Among the awards categories are AI/Machine Learning as well as Automation.Expertplace and CEITON at the NAB Show Although there will not be a CEITON booth at the NAB this year, the managing directors of CEITON technologies and expertplace solutions GmbH will be present at the Show from 6 to 9 April to meet clients.Do get in touch now to book your personal meeting in Las Vegas. We can also accommodate meetings outside of the official event opening hours.expertplace solutions GmbH is part of the expertplace group and offers management consultancy and expertise for well-known customers in the media business. Our web-based system CEITON enables the planning and control of complex media productions. Business processes become manageable and employee’s activities are more transparent. Because CEITON is highly configurable it can be implemented in any sector, but is primarily in use in the broadcast and media industry. Our clients include the broadcasters MDR, A+E Networks, Yle und RAI. CEITON is an alternative transliteration of “seiton”, the Japanese word for “Order”. From order, efficiency follows: through workflow automation our customers achieve better results in shorter time, minimize errors and save money.expertplace solutions GmbH Dittrichring 22 04109 Leipzig GermanyManaging Director: Bernd Krechel, Klaus Heineberg Phone: +49 341 9135 833 0

09-09-2019 | IT, New Media & Software
expertplace solutions GmbH
✈ IBC 2019 is almost here – Test our Time Tracking Module
Digital time tracking with CEITON CEITON is a leading business software for Digital Process Automation, Workflow Management, Resource Planning & Time Tracking. The Time Tracking Module (TTM) displays end users’ tasks, shifts, absences, availabilities or other workflow options. It has been designed as a responsive application with touch screens and small displays in mind. The TTM was delivered to the first clients this summer. It can be used with any screen

04-04-2018 | Advertising, Media Consulting, …
Spire Research and Consulting
Fabric cutting technology to help nab criminals
Researchers at the University of Santa Cruz do Sul in Brazil and University of Technology Sydney have developed a stabbing machine to help forensic scientists study cuts in fabrics. Criminologists are often unable to recreate how stab wounds happened, since each cut will be unique. This new machine provides consistency while cutting through fabrics, thus making the analysis of textile damage a science. Can fabric cutting technology help solve crimes? For more information,
04-23-2015 | IT, New Media & Software
arvato systems
NAB 2015: arvato Systems IT Solutions achieve double honors
AdStore and VPMS features praised by awards panel • Two Broadcast and New Media solutions from arvato Systems win awards at NAB 2015 • NewBay Media Group praises AdStore, the central advertising slot sales platform for cross-media campaigns • Best of Show Award also goes to high-performance Media Asset Management System VPMS (arvato Systems) Gütersloh/Cologne/Las Vegas – International media publisher NewBay Media again awards technological excellence at NAB, the world’s leading trade show
02-20-2012 | IT, New Media & Software
Minnetonka Audio Software, Inc.
Minnetonka Audio Slates NAB 2012 for Domestic Loudness Control Drive
Company demos reference implementation of ITU & ATSC loudness control for CALM Act MINNETONKA, MN — Minnetonka Audio Software, Inc., a leader in production software for motion picture, broadcast surround sound and consumer electronics applications, will be exhibiting at the upcoming National Association of Broadcasters convention, demonstrating their loudness control solution. AudioTools Loudness Control Server (ALCS) represents the state of the art in loudness control technology that preserves artistic production intent.
05-11-2011 | Industry, Real Estate & Constr …
TowPartners
Wrecker Driver Helps Police Nab Suspected Thieves
The Towing and Recovery Association of America endeavors to pass along positive news about the towing industry and places press releases in conjunction with these efforts. This release is a part of that effort. Washington, DC, May 11, 2011 -- The Towing and Recovery Association of America, in conjunction with its ongoing effort to improve the image of towers and the towing industry to the general public, would like to acknowledge
03-30-2009 | IT, New Media & Software
S4M - Solutions for Media GmbH
ANNOVA and S4M join forces for this year's NAB show
OpenMedia’s integration strengths on show in Las Vegas ANNOVA Systems, developer of the advanced solution for professional news management, OpenMedia, will be partnering with Cologne based Solutions for Media (S4M) for a joint presence at the NAB Show 2009 to be held from April 20 to 23 in Las Vegas, Nevada. ANNOVA will showcase the new version 3.6 of OpenMedia in two variants: the Open MEDIABOX, a standard package for
03-26-2009 | Media & Telecommunications
Blue Order Solutions AG
Blue Order at NAB 2009
Blue Order, a leading Media Asset Management (MAM) vendor, will be demonstrating their tapeless workflow solution, spanning from ingest to distribution, at NAB 2009. The core element of the exhibit will be Blue Order’s Media Archive 3.3, a powerful MAM solution which can easily be configured and scaled to suit the needs of evolving Media organisations. Media Archive makes access to content quick and easy, automates workflows and enables content users
Comments about openPR
OpenPR ist the nicest and most clearly laid out PR platform I have seen to this day. The press releases are displayed very nicely and clearly and without any unnecessary frills. The updates are fast and the finished release looks appealing and is clearly legible. Even with 16 years of experience one discovers new things from time to time. Congratulations!
Gabriele Ketterl, Director Marketing & PR, Menads