In the past few days Malta has featured in news channels all over the world. 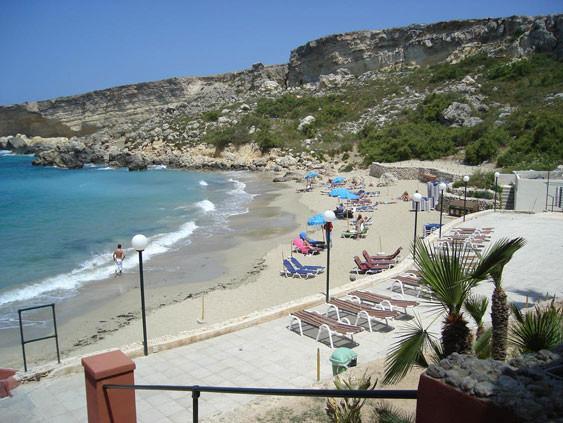 Paradise Bay in the north of Malta

Malta is the word on everyone’s lips because, due to its close proximity to Libya and North Africa, it has become the evacuation point for people of all nationalities fleeing the turmoil in Libya. Malta is one of the top destinations for language learning, it is also the host of MTV’s annual summer concert ‘the Isle of MTV’ later this year.However with the current political instability plaguing Libya and most of North Africa, one may wonder whether this will have any implications on Malta’s tourism industry and language schools. The answer to this question is, without a doubt, no. The Maltese Islands have been politically stable ever sine their independence in 1964, in addition Malta is a member of the EU and has been a popular destination of language learning for many years.Being situated in the middle of the Mediterranean Sea, Malta is only a couple of hours away by plane, it is surrounded by gorgeous beaches and has a culture rich in history and tradition. The British may not like to hear this but Malta has inherited prehistoric temples that are older than Stonehenge and even the Pyramids. Even the legendary Odysseus has been here, as a cave on the sister island of Malta bears witness. In addition to the multitude of activities Malta has to offer, language students receive optimal care from their schools and teachers.Finally Malta’s thriving nightlife has long been popular amongst young students. It is not without reason that Malta has been chosen to host the ‘Isle of MTV’ concert for three consecutive years! The success speaks for itself, the number of students who come to relax and learn English on the sunny island of Malta gets greater every year!vivardo Language Travel offers individual and personal advice , taking into account the special needs and requirements of the customer in order to ensure total customer satisfaction.We at vivardo language travel can recommend the best place for you to learn English in Malta. We'll help you choose from the several language schools Malta has to offer and find the one that's best suited to your needs.We'll also offer you a range of packages to suit your individual needs to study English. Whether you're after a General English Course, an Academic Year course or an Intensive week of English, we can guide you in the right direction to help you learn English in Malta.vivardo Language Travel - Office Malta Cotswold Flats 13 Porzjunkola Street SPB 1252 St. Pauls Bay - Qawra MaltaInternet: www.vivardo.com email: service@vivardo.com

You can edit or delete your press release In the past few days Malta has featured in news channels all over the world. here

08-04-2017 | Science & Education
education
Study in Bulgaria In English
Over the most recent few years Bulgaria is consistently turning into an interesting area for youthful daring voyagers, Europeans anxious to migrate to a tranquil and inviting state with safeguarded nature, wonderful ocean, captivating mountains and to wrap things up amazingly moderate average cost for basic items. It is stunning how Bulgaria, the most established state in Europe, has figured out how to keep its name and domain for more than
08-22-2016 | Science & Education
LastThink
English to Albanian Dictionary
This creative English to Albanian Dictionary will help you to better your Albanian (which is also an Indo-European language) and English Language limits. It offers the most careful words' translations, definitions, test sentences, novel words, et cetera. It is worth underlining that dictionary English Albanian is utilized without the required web access which may be hindrance for a couple individuals. This Offline English free Dictionary is greatly well known in
03-29-2016 | Science & Education
English Mastership Inc.
English Mastership provides spoken English courses online
United States 25-03-2016. English Mastership is the best source if you want to learn English online from highly expert tutors. To learn American English online will make you fluent English speaker and even make it possible to improve your English speaking skills. Everyone needs to be fluent English speaker and especially the businessman need to learn professional English skills which are essential for business meetings, presentations, negotiations, & customer relations.
05-09-2011 | Science & Education
Sprachinstitut TREFFPUNKT
English Courses via Skype
Flexible and efficient English language learning based on individual learning requirements - now possible with TREFFPUNKT Language Institute and Skype. At home, in the office, on the train to Berlin or in a Parisian hotel: wherever they are, students of TREFFPUNKT Language Institute now have the opportunity to learn English over the Internet. Initially these online courses were developed to allow former students of the school to build on their English
01-10-2011 | Science & Education
WEB MARKETING TEAM
English Language Certifications in Italy
TLC, the Learning Center of Tuscany, is part of the British Institutes Group as the main center in Florence, Italy. The school offers a wide range of English courses (http://www.learningcentertuscany.com/teach-english-as-foreign-language-courses.html) based on the English Communicative Method (ECM) and a comprehensive testing services (UCAS accredited) that results in the British Institutes certificate. The several courses provided by TLC are general group courses, private lessons, business English courses, on-site courses at business
09-18-2010 | Tourism, Cars, Traffic
vivardo Language Travel - Language Travel und Language Schools in Malta
Learn English in Malta
Learn English in Malta with its warm Mediterranean climate, clear blue sea, sandy beaches, vibrant nightlife as well as over 6000 years of history and culture; including 160 years of British Rule which have had a lasting effect on the country and its language. English is one of Malta's official languages (along with Maltese) so it can be heard all over the island making it easy to learn English in
Comments about openPR
OpenPR ist the nicest and most clearly laid out PR platform I have seen to this day. The press releases are displayed very nicely and clearly and without any unnecessary frills. The updates are fast and the finished release looks appealing and is clearly legible. Even with 16 years of experience one discovers new things from time to time. Congratulations!
Gabriele Ketterl, Director Marketing & PR, Menads