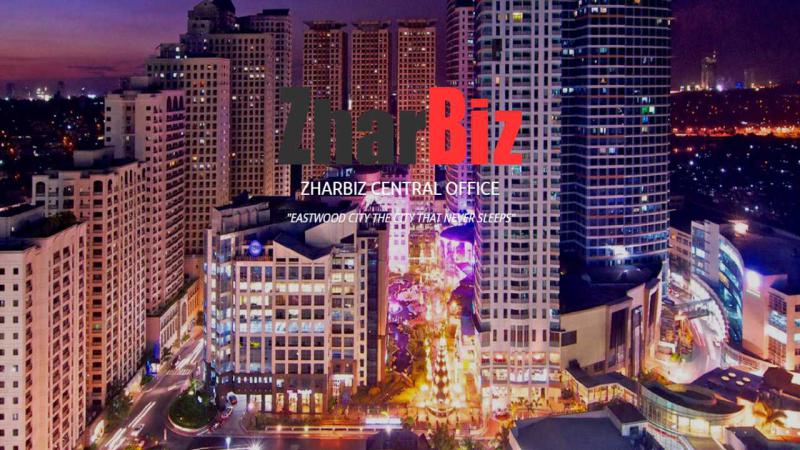 Zharbiz International Inc. and Aarogya JCH Inc. have launched the private motor vehicle inspection system (PMVIS) which offers new technology aimed at safer emissions and lesser traffic.During launch held at Eastwood in Quezon City recently, the event gave a preview into the technology which the firms provide in compliance with Republic Act No. 4136 of the Department of Transportation-Land Transportation Office.The DOTr-LTO R.A. No. 4136 is an act to compile the laws relative to land transportation and traffic rules, to create a land transportation commission and for other purposes."This event is intended to give a look into the technology that we are providing as compliant system for the DOTr-LTO R.A. No. 4136," said Azhar Khan, chairman, ZharBiz International, Inc., in an interview recently. It is also tied up with Enlivening Technologies based in India.Asked how important this technology is, Khan said: "I can say it’s very urgent, very pinnacle because it concerns many things. The safety of the people is very important. So right now there are parts on the road that do not have proper testing because we only have the basic emission testing requirement.""Ours is fully customized to meet the the local conditions. Our partners are not small time. They are some of the most respected in the industries and our engineers are very knowledgeable" Khan added.Dr. Jay Sinnah Thambyiah, president, Zharbiz International, Inc., cited the technology needed for PMVIS in the country."For the hybrid system which we are bringing in is far more reasonable from what we are expecting from other systems. We are moving into Indonesia, Malaysia, and Vietnam. Our operations in India is already there. So our next target is the Philippines," said Thambyiah.He added: “We are championing this renewable energy technology. Aarogya has been in the market for six years now on renewable technology and high technology."Gian Carlo Nievez, Director for Marketing, noted the advantages of this technology to the Philippines."It is something new but this is the direction that we will take for the environment. This will really save up two things: emissions will be safer in our cities. You know how bad it is right now in Metro Manila; and it will lessen traffic," Nievez said.Nievez also said that in terms of acceptance from business people, they have already perceived that it would be hard to sell something that is not existing."So our first move right now is to invite certain individuals who want to go with us to another country where the system is already established by the company," he said.Of the products and equipment presented during the launch, Nievez said that only 70 percent of the total would be applicable to the country."At least 70 percent of these total product (can be used in the Philippines). The reason that we showed more is just to show them that we are knowledgeable about these things. If we are to improve the system as required by the DOTr, we are the future. Basically these are things that you will be needing if you are to the top level that will be required by the government," said Nievez.He added: "We are just showing here that when you build the facility with us, we are actually the future. If they want to add a new system, we will be able to do that."Nievez downplayed impressions that the local business community would have a hard time to accept this technology. "Not really. But the people should prepare.""Soon we want to have an audience with the government. But for now, we are making our presence felt to the business people. We want to show them that we are competitive and reliable," he said.Zhabiz International, together with Aarogya JCH Inc. (a subsidiary company), is an advisory firm specializing in government, private sector, projects along with operations in renewable energy, education, printing, entertainment and commodity trading.Their partners are Dongfang Electric, Orion Technologies, China National Buildings Material and Enlivening Technologies.Others officials who attended the launch were Andy Altea, CEO Zharbiz; lawyer Alfred Bayan, CEO, Aarogya; Dr. Gajbir Singh, CEO, Enlivening Technologies; and Shekhan Sadashiv, Global Head Automotive Enlivening Technologies.Zharbiz International is a privately held company and a Philippine Incorporated Consortium. We offer highly specialized consulting services for complete waste and energy solutions that will enhance strengths as well as mitigate vulnerabilities in the energy plan set forth by communities and businesses. Our consortium has over 15 years of experience in providing zero landfill solutions and renewable energy needs and strategies. ZharBiz International Address: 15K Cyber One Office Bldg., Eastwood Ave., Bagumbayan Quezon City, Metro Manila, Philippines 1110 Phone: +63026338536Robert Rainman: +927557931

06-26-2019 | Business, Economy, Finances, B …
ZharBiz International
Claned ZharBiz International Applies Artificial Intelligence Learning Research
Claned ZharBiz is designed to capture data on every interaction students make with the system. Interactions occur when students read, write, collaborate, organize and plan – everything that students do. This results in a comprehensive insight that demonstrates the student’s study performance and learning orientation, but also motivation, emotion and stress levels. Claned ZharBiz applies artificial intelligence and learning research, revealing what factors impact individual learning. The product concept is based
06-11-2019 | Energy & Environment
ZharBiz International
ZharBiz International Office In India 2019
After schooling, Mr Shankar took up Commerce graduation in Honors degree and later did Post Graduation in Law from Delhi University with very high academic standards. Due to his legal background, he started his career as a Tax Consultant at the age of 20 and after a short stint with Kirloskar and Eicher groups, joined KLM Royal Dutch Airlines at their office in New Delhi. Within a few years of joining
06-03-2019 | Energy & Environment
ZharBiz International
ZharBiz International: Atmospheric Water Generator Market Worth $4.74 Billion By …
The global AWG market is expected to reach USD 4.74 billion by 2024, according to a new report by Grand View Research, Inc. increasing installations of AWG at commercial places such as banks, educational institutes, and municipal agencies is anticipated to have a positive impact on the industry growth over the next eight years. Atmospheric water generator requirements for industrial and commercial applications are formulated primarily on the basis of water
05-17-2019 | Energy & Environment
ZharBiz International
ZharBiz International-Philippines Top Advisory Firm 2019
Zharbiz International and Aarogya JCH is an Eastwood City, Philippines based advisory firm specializing in Government, private sector projects along with operations in Renewable Energy, Education, Printing, Entertainment, Commodity Trading and Innovative Technology Base Development and Service Orientated Organization. The firm has a global presence aided by an experienced team of professionals with focus on Philippines, Indonesia, Malaysia and Vietnam. We, at Zharbiz have established a team to ensure that our service