Press release from: The Flattery Show 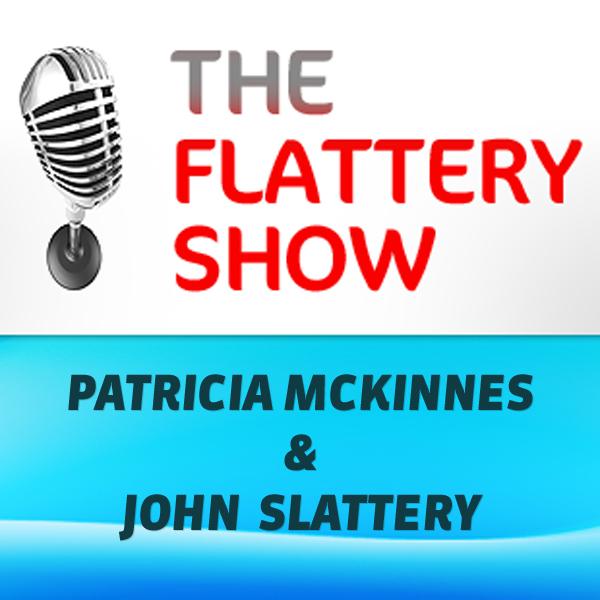 The Flattery Show is the first English language radio chat show aired in the south west of France and a flagship Sunday evening programme broadcast on Radio Coteaux in the Gascony region. The show is presented by american Patricia McKinnes and irishman John Slattery, who take over the airwaves at 5pm and finish at 7pm. The Flattery Show is a music based programme that includes light-hearted banter and whimsical jokes by the co-hosts. Listeners' views and comments are discussed and there are rotating segments such as "Song of The Week", "Ask a Frenchie" and "Life in the South-West". To keep listeners on their toes, random topics are picked from a big "Bag O Topics". The Flattery Show, still in its infancy, has received very favourable feedback from listeners and businesses alike. John and Patricia, who launched the project themselves, say that they are enjoying the adventure of producing a groundbreaking radio show, first of its type in France. “Nearly 500,000 Britons, and at least 3 Irish and 3 Americans that we know of in this area, now have a light entertainment radio program in English”, says John. “It's very exciting to create this show and we see this regular broadcast not only as fun entertainment for the expatriates living in France, but also as a bridge between the English speakers and the French”.“A little Flattery goes a long way”, admits Patricia with a grin when asked why the name “The Flattery Show”. “Since I met John with his crazy idea for a radio show, I’ve had more fun than I care to remember. I can't wait to see where it takes us next”.The show is broadcast in the Gascony region on Radio Coteaux 97.7 FM and 104.5 FM, plus it is streamed live over the Internet. Recordings of past shows and podcasts are available on the show’s website www.flatteryshow.com The show can also be found on iTunes and on social networking sites such as Twitter and Facebook.The Flattery Show brings english language radio entertainment to the Gascony region of France. The show is hosted by John Slattery and Patricia McKinnes and broadcasts every Sunday evening, 5PM to 7PM CET.Radio Coteaux Au Village 32140 Saint Blancard FRANCE Web: http://www.flatteryshow.com

06-27-2018 | Arts & Culture
PR for DEADLY BOTANICALS
“Deadly Botanicals” by John Pether is published
ISBN #978-1787197701 “Deadly Botanicals” by John Pether is published About the book: The horticultural market is overwhelmed with beautiful, cheap plants. The scent is strongly hallucinogenic, but genetically engineered to be toxic. Petra Wallace, a botanist, and Julian Bailey, a scientist, detect an extraordinary plot created by the Kingdom of Plants to eliminate mankind. They have to unravel the plot by all the means at their disposal. Excerpt from the book: “Deliberate poisoning is now
08-29-2013 | Health & Medicine
Hydromassage
Star Trac Exec John Sweeney Joins HydroMassage
After a successful 18 year tenure with Star Trac, fitness industry veteran John Sweeney has joined HydroMassage as Vice President of Commercial Sales. Sweeney, whose most recent roles with Star Trac included Regional Sales Director and VP of North American Sales, brings a strong track record of success to HydroMassage as the company continues to focus on growth in the fitness industry. "The addition of John to our team really comes at
01-29-2013 | Business, Economy, Finances, B …
BeamaLife Corporation
BeamaLife Corp. Hires John Collins
Piscataway, NJ - January 28th, 2013 BeamaLife Corporation, one of New Jersey's leading life insurance firms announced today the hiring of John Collins as their Senior Vice President in their large corporations and banks division. John Collins, a twenty five year veteran of business development, sales and team leadership, is leading BeamaLife’s Large Corporations and Banks division. He is in charge of expanding the division and accelerating the growth of BeamaLife’s portfolio
05-24-2011 | Sports
P1 Groupe
Wimmer John Deere Dealers 250 Preview
NASCAR Nationwide Series Driver Scott Wimmer, currently 20th in the 2011 NASCAR Nationwide Series Driver Points standings, will climb aboard the #70 Foretravel Chevrolet Impala for ML Motorsports this weekend for the John Deere Dealers 250 at Iowa Speedway. “I’m really excited that the team wanted me in their car for this weekend. I’ve only run one Nationwide event at Iowa so far and had a good run going there a
04-20-2011 | Logistics & Transport
Pluscrates Ltd.
Pluscrates – a British phenomenon? By John Mitchell
The concept of plastic crates for commercial moves has been well established in the UK for many years. But, remarkably, this apparently British phenomenon does not seem to make the journey across La Manche. Here John Mitchell from Pluscrates speculates on why that might be and if, at long last, the mainlanders might be coming around to the Limey’s way of thinking. The fibre board crate, produced by Denton
10-28-2010 | Arts & Culture
Stagevisions
Spirit of Scotland John Cashmore
On Thursday 4th November at 19:30 in the Johanniskirche in Düsseldorf, the British Opera star John Cashmore will be presenting his Scottish concert „Spirit of Scotland“. You may already know of John from his performances in NRW in Eric Woolfsons musical Gaudi, West Side Story, Bernsteins Mass and concerts with the WDR rundfunkorchester. This is the 5th tour station of Spirit and a chance to see this lovely concert full of
Comments about openPR
OpenPR ist the nicest and most clearly laid out PR platform I have seen to this day. The press releases are displayed very nicely and clearly and without any unnecessary frills. The updates are fast and the finished release looks appealing and is clearly legible. Even with 16 years of experience one discovers new things from time to time. Congratulations!
Gabriele Ketterl, Director Marketing & PR, Menads