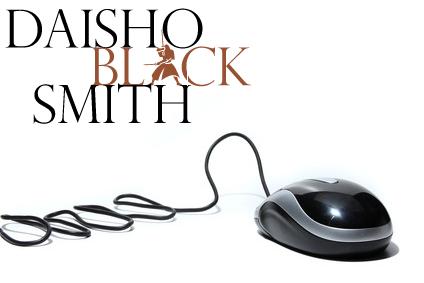 Huge support from users by brisk participation at beta test • Sync release could be further optimized • Official sync release shortly available as download Munich, february 23rd 2011. The beta test for the new version of the personal information management software DAISHO was successfully completed. Daisho Blacksmith, developer of the PIM tool, would like to thank the numerous testers which have actively contributed to the enhancement of DAISHO through their dedicated testing. “Many of the suggestions we received from the participants of the beta test have already been integrated into the new version of the software. Further suggestions will be implemented gradually”, said Klaus Wiedemann, managing director of Daisho Blacksmith. “We are very pleased with the level of user participation in the beta test and want to thank all players. Thanks to the constructive team work of developers and users, we are able to fit this new release to the needs of our users in an optimal way.” Simple Synchronization in the Spotlight of the New Release The sync function allows the users to synchronize the data on their computer (netbook, notebook, desktop computer) with their smart-phone/PDA via a SyncML server with only a few clicks. In this way, users can easily keep their contacts, calendar, notes and tasks up to date. This is one of the many reasons why DAISHO is an efficient self-management tool preferred by freelancers and anyone who has to be flexible, spend a lot of time out of the office and needs to work with different end devices and operating systems (Windows, Mac, Linux). Daisho Blacksmith offers own SyncML-Server To simplify the activation Daisho Blacksmith will offer all users a synchronization point. The synchronization service will be run in cooperation with the experts of Simchronise. The partner company Simchronise is specialized on establishing SyncML servers and will secure the unobstructed synchronization on server side. SyncML is a platform independent standard for data sync among servers, clients and mobile end devices. With the DAISHO SyncML server data synchronization convenience further rises for the users. Final quality assurance In development process of DAISHO 4.1 Sync Release all phases of the beta test have been completed. In addition the DAISHO SyncML server has been successfully set up. As soon as the final internal quality assurance is terminated and the enhanced productivity tool DAISHO has adjudged as steady and reliable it will be available on the company’s download site http://www.daisho-blacksmith.com/en/software/download.html About Daisho Blacksmith: Daisho Blacksmith GmbH, Munich, has developed DAISHO - a mobile software for personal information management (PIM) with project management functions The software was designed for all professionals who are working project oriented, flexible and mobile – especially freelancers. The productivity software DAISHO contains professional time management and contact management (CRM), organizes the daily communication via an integrated email client with skypeTM connection. More helpful tools like notes and the administration of different working environments are offered. Functions for structuring tasks and projects as well as follow ups of targets constitute the base for an efficient personal project management. The PIM Software DAISHO can be installed on a USB stick which allows the users to work on any notebook, netbook or desktop PC without further installation. The software is based on Java and runs trouble-free on Windows PCs, Apple Macs and Linux computers. About Simchronise: Simchronise was founded in 2005 by a team of technology entrepreneurs to offer Mobile Phone Operators, Mobile Virtual Network Operators, VAS resellers, ISP's, ASP's, and mobile phone retailers a range of products and services targeted at mobile phone users. Simchronise is based in Dublin, with additional Engineering and Sales efforts spread across Europe and Asia Pac. Simchronise builds, customizes and deploys mobile phone data synchronization solutions capable of capturing all data from the phone (contacts / content), and storing this data online in secure user accounts. All solutions are web based and require GPRS to communicate, and download the application to the phone. A simple user experience combined with attractive graphics and regionally focused marketing strategies ensures mass user acquisition. Simchronise's core competencies are in using an extensive expertise of the mobile markets and the associated technologies to quickly turn ideas into leading products and services, building and customizing applications specifically for mobile data backup, restore and synchronization, mobile security, and remote device management. For more information see www.simchronise.com Contact: Daisho Blacksmith GmbH Daniela Schneider Landsberger Straße 293 D-80687 Munich, Germany Tel +49-89. 58 90 98 98 – 0 E-Mail: info@ daisho-blacksmith.com Internet: www.daisho-blacksmith.com Support Platform: http://support.daisho-blacksmith.com

04-07-2022 | IT, New Media & Software
QY Research, Inc
Sync Tracker Market Analysis, Applications, Sale, Growth Insight, Trends by 2028 …
Los Angeles, United State: The research study on the global Sync Tracker market equips you with detailed and accurate analysis that will help you to strengthen your market position. It provides latest updates and powerful insights about the Sync Tracker industry so you could improve your business tactics and ensure strong sales growth in the coming years. It throws light on the current and future market scenarios and helps you
12-08-2021 | Associations & Organizations
SYNC Productions
SYNC Productions Offers the Best In Corporate Event Planning
Anjou, QC – When it comes to striking the right balance in creating a memorable corporate event, then the SYNC Productions agency are among the best planners in the business. They can offer turnkey solutions to cater for every occasion. For more than three decades, the team has been creating special corporate events where their creativity, passion and experience are at the heart of the business. From audiovisual to
01-16-2017 | Advertising, Media Consulting, …
9D Research Group
Global Sync Electo Helmet Market Research Report 2016 - 2020
The report, titled Sync Electo Helmet is an in-depth analysis of the Sync Electo Helmet market across the world. A brief historic overview of the Sync Electo Helmet market has been mentioned in the report, followed by the present scenario of the market. The report analyses the size of the market and forecasts the valuation and the growth rate of the market in the span of next couple of years.
10-10-2016 | Business, Economy, Finances, B …
Big Market Research
Analysis On Global Sync Electo Helmet Market, Trends & Application
“Global Sync Electo Helmet Market” Order This Report by calling BigMarketResearch.com at +1-971-202-1575. 2016 Global Sync Electo Helmet Market Report is a professional and in-depth research report on the world's major regional market conditions of the Sync Electo Helmet industry, focusing on the main regions (North America, Europe and Asia) and the main countries (United States, Germany, Japan and China). Get Full Report Detail @ @ http://www.bigmarketresearch.com/global-sync-electo-helmet-research-report-2016-market The report firstly introduced the
07-21-2009 | IT, New Media & Software
IT-Services Thomas Holz
Safer Outlook sync: Easy2Sync for Outlook 3.02
Dormagen, Germany - July 21, 2009: ITSTH has published the new version 3.02 of the Outlook synchronization software Easy2Sync for Outlook, which stands out with increased security. Until now the deleting of objects was mirrored 1:1 (which is in fact correct), but with the new version objects will be moved into the Outlook recycle bin, so the user can still access then, in case of doubt. Furthermore the new version contains
03-14-2009 | IT, New Media & Software
IT-Services Thomas Holz
Simple Outlook-Sync with many detail improvements
Dormagen, Germany - March 13, 2009: The new version 2.08 of the synchronization software Easy2Sync for Outlook makes it very easy for the user to synchronize e-mails, calendars and contacts between multiple Outlook instances. Many detail improvements make it easy (especially for novice users) to configure the program and let the synchronization run completely automatically. The software Easy2Sync for Outlook enabled everybody to synchronize Microsoft Outlook PST files, as well as
Comments about openPR
OpenPR is clearly structured and remains true to its principle of confining itself to the essential parts. OpenPR has proven to be a very good and reliable partner to our media agency: Within the shortest time the releases are online and go down well with the media representatives. The success of OpenPR is reflected in the steadily increasing number of press releases. It is good that OpenPR exists!
Ursula Koslik, Director Marketing & PR, F+W Hamburg