Where Do My Taxes Go? Adds Transparency to State Taxes Along with Federal Tax Data


Press release from: Where Do My Taxes Go 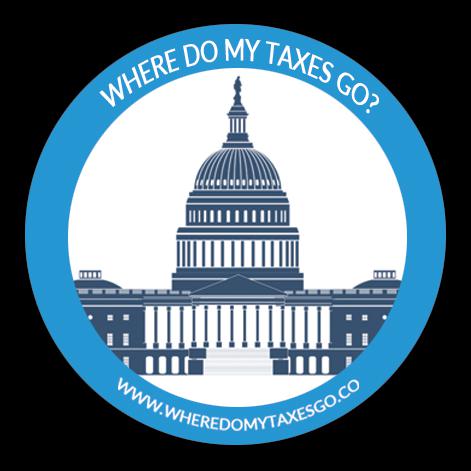 Of the two certainties in life, taxes are arguably the worst. Each year, millions of Americans file their taxes, uncertain how much their tax return might be… if they receive one at all. 2018's tax reform only served to make the entire process even more opaque and frustrating, with many families believing that they would be better off - only to find that they got less than previous years, or even owed the government money.“There’s no question that American government at all levels is better off for the open-door and open-record reforms of the past half-century,” former Indiana governor Mitch Daniels said in a 2018 Op-Ed for the Washington Post (source). “Knowing that the public is watching, public officials generally behave more responsibly in the conduct of their duties.”"Beyond just enouraging politicians to behave more responsibly," says founder Jacob Whitish, "it's just frustrating to know that the government is taking so much from us without any window into how that money is being spent. If I were to ask the government for a small business loan, they'd expect that I report back exactly how the money is being used. Why doesn't it work the other way?"With this in mind, Where Do My Taxes Go? (wheredomytaxesgo.co) aims to bring greater transparency to the U.S. tax system through an easy-to-use website, which was initially launched in late 2018 and now updated for the new 2019 Federal Budget as well as adding new State-level budget data. Users can anonymously enter their pre-tax income, state of filing, and tax status (single or joint filing) and with one click receive a comprehensive breakdown of the many federal departments and line items that their taxes pay for.New for the 2019 tax season, Where Do My Taxes Go? has added additional transparency at the state level. Residents filing in California, Illinois, New York, and Pennsylvania can now receive an additional breakdown of how their state taxes will be spent. Residents of Florida, Texas, and Washington have no state income tax, so their federal results represent their total tax burden but the general breakdown of their state-level budgets will still be displayed. New states will be added throughout 2019 to prepare for the 2020 tax season and presidential election.“In today’s political climate, taxes are a contentious topic,” says founder Jacob Whitish. “It doesn’t matter which side of the aisle you’re on or which party you vote for. Having a better understanding of how the government spends each dollar we contribute through taxes helps us hold all of our elected representatives accountable and improves the quality of governance at every level. They take our hard earned dollars, it’s only fair that we know how they get spent.”For the data-curious, the site has also added a new Explore page that shows a map of the US and how many queries have been submitted from each state.Curious where your taxes go? Visit wheredomytaxesgo.co to discover how much you’re paying toward National Defense, Social Security, Disaster Relief, and more.Where Do My Taxes Go? was founded in 2018 to provide greater transparency to the U.S. tax system. Users can anonymously enter income data and receive a breakdown of their federal and state taxes to the penny.Where Do My Taxes Go? 1 1st Ave Oakland, CA 94606 Jacob Whitish hello@wheredomytaxesgo.co

You can edit or delete your press release Where Do My Taxes Go? Adds Transparency to State Taxes Along with Federal Tax Data here

12-14-2016 | Industry, Real Estate & Constr …
Galvanizers Association
Zinc Geeks go GAGA
Galvanizers Association, the advisory body for the hot dip galvanizing industry, invites entries for its annual zinc fest, also known as the Galvanizers Association Galvanizing Awards (GAGA). The awards, are open to all sectors, from construction and transport, through to the oil and gas industry. Winners will be announced at a ceremony to be held next June at the Royal Aeronautical Society, Hyde Park Corner, London. Over the next six months,
03-07-2016 | Leisure, Entertainment, Miscel …
The Beehive
Erin Go Beehive
WHAT: On Thursday, March 17th, 2016 The Beehive will present its 9th annual St. Patrick’s Day festivities from 5:00PM – 2:00AM. St. Patrick’s Day at The Beehive means an evening of authentic entertainment including a live performance from Galway Native Katie McD, Irish-inspired drinks from the evening’s sponsor, West Cork Distillers, à la carte food specials from Executive Chef
03-06-2013 | Leisure, Entertainment, Miscel …
The Beehive
Erin Go Beehive
WHAT: Irish eyes will be smiling when The Beehive presents their 6th annual St. Patrick’s Day festivities on Sunday, March 17th, 2013 from 5:00PM – 1:00AM. St. Patrick’s Day at The Beehive means an evening of authentic entertainment including performances from Boston-based and lively Irish music performers, Irish inspired à la carte food & drink specials from Kilbeggan
08-02-2011 | IT, New Media & Software
Text2Sit
Restaurants Go Wireless, Go Green With Texting Solutions
Restaurants Go Wireless, Go Green With Texting Solutions Friends Text Friends, Restaurants Email Customers. Now, the Relationships can be Merged and Restaurants can Text Customers Like Friends Text2Sit, a software designed by a Restaurant Entrepreneur, has innovated the relationship between business and consumer. Text2Sit allows any restaurant the opportunity to text message their customers when their table is ready. Beyond that one experience, customers have the option to immediately begin receiving promotions
07-06-2011 | Energy & Environment
Hydropower Africa
Hydropower Africa: Go small or go home
Small hydropower projects have proven to be major contributors to the electrification of developing countries and Sub Saharan Africa's small hydro potential still remains largely untapped, says Nicolaas Loretz, project director of Hydropower Africa that is taking place from 19-23 September in Johannesburg. During what is Africa's largest hydropower event, delegates will have the unique opportunity to visit some of Africa's top hydropower projects, including DRC's Inga, Zambia's Kafue
03-10-2011 | Arts & Culture
The Beehive
Erin Go Beehive
*Event Image Available FOR IMMEDIATE RELEASE Contact: JP Faiella Image Unlimited Communications, Ltd. P. 781.721.4624 C. 617.504.7585 E. jfaiella@imageunlimited-boston.com Erin Go Beehive The Beehive in Boston, MA Partners with the Boston Irish
Comments about openPR
OpenPR ist the nicest and most clearly laid out PR platform I have seen to this day. The press releases are displayed very nicely and clearly and without any unnecessary frills. The updates are fast and the finished release looks appealing and is clearly legible. Even with 16 years of experience one discovers new things from time to time. Congratulations!
Gabriele Ketterl, Director Marketing & PR, Menads