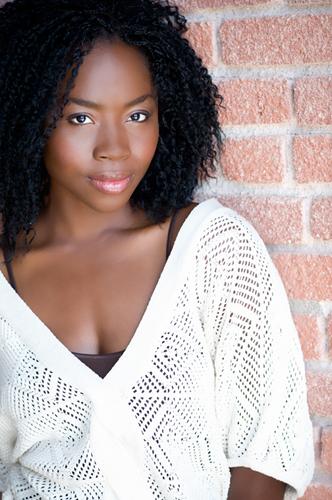 LOS ANGELES, CA, February 10, 2010 -- Actress Ihuoma Ofordire stars as Camille in the award-winning film GOOD INTENTIONS, directed by Morocco Omari ((Mis) Leading Man). The film is set to screen at the Texas Black Film Festival in Dallas, Texas from February 23 – February 26. The film has screened at several film festivals across the country and was awarded Best HBO Short Film at 2010 Martha’s Vineyard Film Festival. In this heartfelt and timely piece, Good Intentions chronicles the lives of Camille and Avery, a young married couple. In a time where economic hardships and poor healthcare dominates today’s society, they must cope with the unfortunate hand they were dealt. But when an opportunity presents itself as a possible relief to their situation, a decision must be made to either save a love one or break the bonds of marriage. When love is the driving force, does the means justifies the ends? The film boasts an all-star cast including Kevin Carroll (Broadway and Obie award winning actor) and Jose Yenque (Traffic).About Ihuoma Ofordire Raised in Washington, DC, this award-winning producer is quickly making a name for herself. Born to Nigerian parents, Ihuoma is not only a versatile actress, but also a writer and producer. Ihuoma is the creator, writer and star of the successful web series, Life, Love, & Hollywood (www.llhtv.com). Ihuoma other recent projects include the critical acclaimed and multi-winning film, “Kwame”, (Winner of Best Film at The Pan African Film Festival and Cleveland Film Festival). She can also be seen in the upcoming sci-fi film, “Thrillseekers: The Indosheen”. Ihuoma plans to continue her writing and producing, releasing her projects through her production company, Good Luck Productions Visit Ihuoma's website at www.ihuomaofordire.comContact Information: Good Luck Productions 264 South La Cienega Blvd. Suite 272 Beverly Hills, CA 90211 www.goodluckproductions.com

News-ID: 162088 • Views: 1583
Comments about openPR
Your portal is fast, simple, and easy to use. Others may have more functions but they also demand more editing time, you have to preformat the text in order to achieve a good result etc. I think openPR is really fantastic!
Andreas Knepper, wallmedien AG