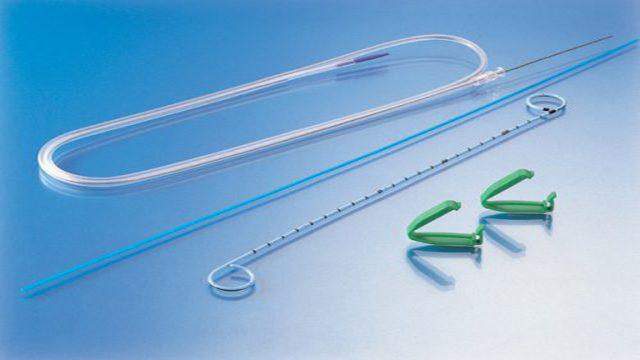 New designs such as a helically-cut ureteral stent is aimed to stretch and conform the ureter. Drug-eluting stents with an antimicrobial property are designed to reduce bacterial adherence to ureteral stents. Furthermore, bioabsorbable stents are designed to reduce infection and prevent the forgotten stent syndrome. In June 2018, HydrUStent, a startup based at the University of Minho in Portugal, announced its research on developing a ureteral stent made from a patented material that is homogeneous, antibacterial, and biodegradable.Download PDF Brochure @ http://bit.ly/2T3c73QCurrently, there is no ideal stent available that does not experience failures and complications. Manufacturers are focusing on various advancements in materials, design, and coating of ureteral stents. These advancements aim to address specific causes of stent’s failure, especially biofilm formation and encrustation. In 2016, BrightWater Medical received FDA approval for its ConvertX nephroureteral stent system designed for treating ureteral obstructions. Combining the most appropriate material, design, and coating would allow the development of an optimal stent.Ureteral stents are minimally-invasive method of maintaining ureteral drainage to ensure renal function and treat pain caused due to ureteral obstruction. These stents are an integral part of the treatment of different urological conditions such as malignant obstruction, nephrolithiasis, ureteral stricture, ureteral injury, and healing.Increasing prevalence of urinary incontinence with age and rising geriatric population are major factors expected to drive the ureteral stents market growth during the forecast period. According to the Global Forum for Incontinence held in 2014, incontinence is a serious medical condition and set of diseases, which affected 4% to 8% of the population or the lives of around 400 million people worldwide over a period of 2007-2010.Furthermore, lifestyle associated disorders such as obesity and diabetes increase the risk of kidney stone formation, which eventually requires ureteral stents usage during severe condition. According to the Journal of Materials Science report 2008, urolithiasis affects around 12% of the world population at some stage in their lifetime. Although it affects people of all ages, sexes, and races, it is more frequent in men than in women within the age of 20–49 years.Increasing prevalence of obesity is considered a major risk factor for kidney stone development, which in turn propels demand for ureteral stents. According to the National Health and Nutrition Examination Survey (NHANES), in 2014, kidney stones affected nearly 8.8% of adults in the U.S. Majority of these patients ultimately require surgical intervention. Stent placement is common at the time of stone surgery, mainly in the setting of extracorporeal shockwave lithotripsy and ureteroscopy.Ureteral stents are important for management of several urologic and non-urologic conditions, however, hematuria, pain, infections, and encrustation are common side effects associated with these stents. Moreover, presence of the stent can result in bladder irritation in short-duration detrusor contractions, leading to a transient rise in bladder pressure. Furthermore, ureteral stent opens the VesicoUreteric Junction (VUJ), allowing urine to reflux whenever the bladder pressure rises, for instance, during a spasm or voiding.Get Request Sample Copy @ http://bit.ly/2T5dgYvKey players operating in the global ureteral stents market include Applied Medical, Allium Medical, Bard Medical, B.Braun, Boston Scientific, Cook Medical, Coloplast, Conmed Corporation, Optimed, Olympus America, Pnn Medical A/S, Taewoong Medical, Teleflex, Uromed, and Urotech. Manufacturers in the ureteral stents market are focusing on development of less expensive products causing lower side effects than the available ones. Product innovation also comprises to address specific causes of stent’s failure, especially biofilm formation and encrustation.About Coherent Market Insights:Coherent Market Insights is a prominent market research and consulting firm offering action-ready syndicated research reports, custom market analysis, consulting services, and competitive analysis through various recommendations related to emerging market trends, technologies, and potential absolute dollar opportunity.1001 4th Ave,, #3200, Seattle, WA 98154