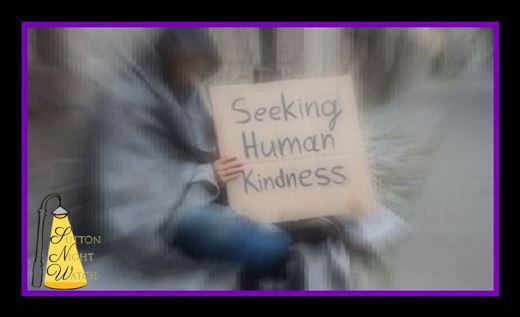 The Sutton Night Watch Charity Response to Video taken at Sutton Train Station.FOR IMMEDIATE RELEASE – Feb 25th 2019Following the recent release of a video appearing to show Southern Rail workers pouring dirty water on a homeless person (a Sutton Night Watch Service user) in the Sutton area, we would like to release the following statements. “This disgusting act by a southern rail employee has shocked us to the core. At Sutton Night Watch Homeless Charity, it sadly comes as no surprise as it is indicative of society’s treatment of the homeless & vulnerable, with no dignity afforded nor respect shown. These people are human beings & the individuals who committed this act should hang their heads in shame along with the local councils & governments who by their resistance to offer solid support & funding, keep the homeless ON the streets & thereby sanction this simply horrifying behaviour”. Carole Greig – Director – Sutton Night Watch “To treat a human being in the way they did was disgusting. For people in his situation, it's a struggle for them, day to day & too many people judge homeless people harshly. Sutton Night Watch are hoping to meet up with the man targeted in the incident, with plans to help him get new dry clothes as soon as possible” Andy Fulker – Director – Sutton Night WatchSutton Night Watch Charity:• The Sutton Night Watch Charity is a registered charity (1171903). The charity was set up in 2017 to support and raise awareness for the homeless people within the London Borough of Sutton and surrounding areas. • The volunteers had been working since 2015, giving up their time to run a soup kitchen & food bank. • The Sutton Night Watch Charity relies completely on donations, both monetary & material, from businesses & individuals.Twitter @SNWHomeless Facebook /SuttonNWHomeless Instagram Sutton.Night.WatchRocoja Ltd 28 Haynt Walk Wimbledon SW20 9NX Contact PR@Rocoja.co.uk for any further information. Thank you