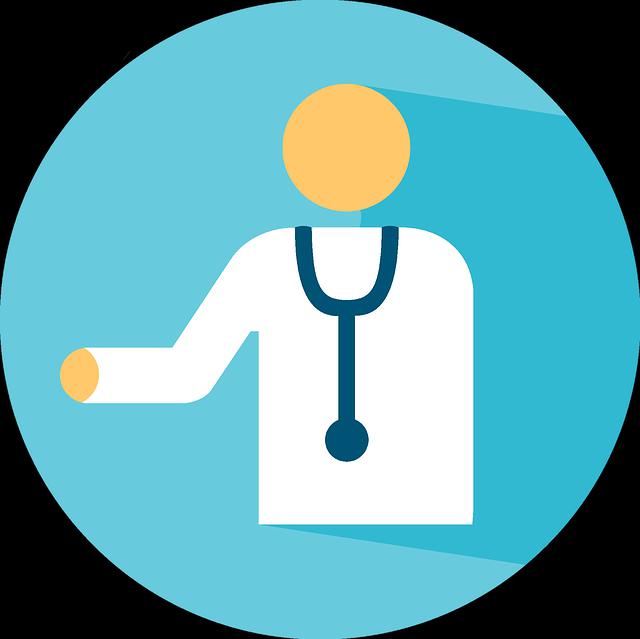 Long-acting beta-agonists or long-acting beta adrenergic receptor agonists are class of drugs used in the management of asthma by relaxing the muscles surrounding the bronchial tubes and facilitating the opening the airways wider. Long-acting beta-agonists have a longer duration of action of at least 12 hours.Long-Acting Beta-Agonists Market: Drivers and RestraintsThe growing demand generated due to increasing incidence of asthma and congestive obstructive pulmonary diseases owing to increasing exposure to risk factors such as growing geriatric and younger population, being overweight, sedentary lifestyles, exposure to allergens and others which is driving a large market. The lower demand for medication owing to the long duration of action of 12 hours in comparison with the 4 to 5 hour duration of short acting beta agonists, making the long-acting beta-agonists ideal candidates for treating nocturnal and chronic asthma.Request Sample Report @ https://www.futuremarketinsights.com/reports/sample/rep-gb-8701According to the Centers for Disease Control and Prevention (CDC), almost 1 in 13 people in the U.S. suffer from asthma representing almost 26 million Americans. In terms of demographics 8.3 percent of adults and 8.3 percent of children suffer from asthma. The CDC also states that asthma is more common in children than adults, with a prevalence of more than 6 million under the age of 18 in the U.S. In clinical terms asthma is responsible for 14.2 million physicians visits, and 1.8 million emergency visits per year in the U.S. and is the third highest ranking cause of hospitalization among children younger than 15 years.Speaking in economic terms , asthma costs about $3,266 per patient, which includes the cost of health care services, medications, and lost productivity. According to the CDC asthma resulted in $50.3 billion in medical costs to the U.S. from 2008-2013, which is a whopping $81.9 billion in annual economic cost. Thus a large long-acting beta-agonists market is well evident even to an untrained eye. The growing mortality is another driver of the market as in 2015 alone, 3,615 U.S. citizens died from asthma. Technological advancements resulting in product development such as the development of smart inhalers is driving a faster long-acting beta-agonists market adoption.However, the falling cost of long-acting beta-agonists, competition from alternative drug therapy, and the lower per capita income of the developing world is hampering the long-acting beta-agonists market.Long-Acting Beta-Agonists Market: SegmentationTo gain a bird’s eye view of the global long-acting beta-agonists market, the report is segmented on the basis of alloys, valve type, and region.Based on the molecule, the global Long-Acting Beta-Agonists market can be segmented as, Salmeterol Formoterol Arformoterol OthersBased on the formulation, the global Long-Acting Beta-Agonists market can be segmented as, Inhaled Tablet Liquid InjectableLong-Acting Beta-Agonists Market: Regional Wise OutlookThe global long-acting beta-agonists market can be classified into the following region: North America, Latin America, Western Europe, Eastern Europe, Asia-Pacific, Japan, Middle East and Africa. North America, led by the U.S., is expected to drive the largest market share owing to the attractive reimbursement healthcare expenditure, and large number of high income patients.The Asia Pacific long-acting beta-agonists market excluding Japan is projected to expand and dominate the scene in the near future, owing to the growing healthcare and large young population.China and India are anticipated to account for the major share of the Asia Pacific long-acting beta-agonists market growth. Germany, France and the U.K., are projected to be the largest drivers of the Europe long-acting beta-agonists market. The Middle East and Africa long-acting beta-agonists market is anticipated to be dominated by the gulf economies of Saudi Arabia, Kuwait, UAE and Qatar.Request to View TOC @ https://www.futuremarketinsights.com/toc/rep-gb-8701Long-Acting Beta-Agonists Market: Market ParticipantsSome of the major vendors operating in the global long-acting beta-agonists market are Sumitomo Dainippon Pharma Co., Ltd., AstraZeneca plc, GlaxoSmithKline plc, Boehringer Ingelheim International GmbH, Mylan Inc. and others.The global long-acting beta-agonists report is a compilation of first-hand information, qualitative and quantitative assessment by industry analysts, inputs from industry experts and industry participants across the value chain. The report provides in-depth analysis of parent market trends, macro-economic indicators and governing factors along with market attractiveness as per segments. The report also maps the qualitative impact of various market factors on market segments and geographies.ABOUT US: Future Market Insights is the premier provider of market intelligence and consulting services, serving clients in over 150 countries. FMI is headquartered in London, the global financial capital, and has delivery centers in the U.S. and India. FMI’s research and consulting services help businesses around the globe navigate the challenges in a rapidly evolving marketplace with confidence and clarity. Our customized and syndicated market research reports deliver actionable insights that drive sustainable growth. We continuously track emerging trends and events in a broad range of end industries to ensure our clients prepare for the evolving needs of their consumers.Future Market Insights U.S. Office 616 Corporate Way, Suite 2-9018, Valley Cottage, NY 10989, United States T: +1-347-918-3531 F: +1-845-579-5705 Email: sales@futuremarketinsights.com Web: https://www.futuremarketinsights.com

02-25-2019 | Advertising, Media Consulting, …
QandQ Market Research
Fillings Market
https://www.qandqmarketresearch.com/reports/7557223/fillings-market-108 Fruit fillings are fruits preserved in a glaze. These fillings have high fruit content and retain the natural texture, taste, flavor and color of the fruits. Benefits of these fillings include year around availability of exotic fruits, readytouse application, long shelf life and no wastage. In this report, the statistics mainly focus on the fruit fillings in North America mainly including USA, Canada and Mexico etc.. According to QYR’s analysts, the concentration
01-08-2019 | Business, Economy, Finances, B …
Future Market Insights
Ethanol Market: Market Intelligence and Market Trends
Ethanol is a compound which is manufactured by the fermentation of various biological materials such as wheat, corn, wood, barley and sugarcane. Corn and starch based crops are the most common materials used in ethanol production. This compound is miscible with water and most of the organic solvent. Ethanol is a very important element of various industries and used as a solvent for many substances. It is because of wide range
01-07-2019 | Business, Economy, Finances, B …
Future Market Insights
Ginseng Market: Market Intelligence and Market Trends
Future Market Insights (FMI) delivers key insights on the global ginseng market in its upcoming outlook titled, 'Ginseng Market: Global Industry Analysis 2013-2017 and Opportunity Assessment 2018-2027'. In terms of value, the global ginseng market is projected to experience a healthy CAGR of 4.8% during the period of forecast, due to various factors such as globalization and increase in consumer acceptance for oriental and Asian flavors and demand for Chinese
01-07-2019 | Advertising, Media Consulting, …
QandQ Market Research
Sourdoughs Market
https://www.qandqmarketresearch.com/reports/7338837/sourdoughs-market-18 The global Sourdoughs market is valued at million US$ in 2018 and will reach million US$ by the end of 2025, growing at a CAGR of during 20192025. The objectives of this study are to define, segment, and project the size of the Sourdoughs market based on company, product type, end user and key regions. This report studies the global market size of Sourdoughs in key regions like North America, Europe,
12-17-2018 | Business, Economy, Finances, B …
Future Market Insights
Biostimulants Market : Market Intelligence and Market Trends
Demand for biostimulants is expected to surpass US$ 4 billion in revenues, according to a new research report by Future Market Insights (FMI). The report titled, “Biostimulants Market: Global Industry Analysis and Opportunity Assessment 2015-2025” forecasts the demand for biostimulants to expand at a CAGR of nearly 11% through 2025. Biostimulants are finding increasing application in the agriculture sector owing to their environmentally-friendly and organic nature. Rising food demand is
11-28-2018 | Advertising, Media Consulting, …
Transparency Market Research
Lottery Market: Market Insights and Market Potential
The global lottery market is expected to gain momentum due to the rise in demand for games where people have a fair chance of winning substantial amount of money. Nowadays, social media is acting as the medium through which promotions can be done without making much efforts. The trend of using social media as a medium to advertise is being used by the lottery market on a wide range. Both
Comments about openPR
9 o'clock: discuss press release with client, 10 o'clock: submit release to openPR, within the briefest possible time release is published and displayed in a prominent place on openPR.de. I am thrilled!
Zehra Spindler, Calypso Now! - Communication Agency