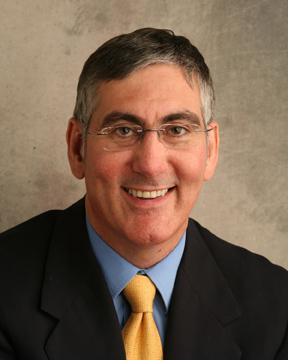 HOUSTON – Joe Ahmad, name partner in the Houston complex commercial litigation law firm of Ahmad, Zavitsanos &Anaipakos, has launched a blog focusing on legal issues facing executives, everything from compliance with securities and corporate governance laws to harassment claims and covenants not to compete.
“This isn’t about how companies can avoid a sexual harassment claim,” Mr. Ahmad writes in the inaugural posting of Legal Issues in the Executive Suite. “It’s what individual executives should do if faced with such an accusation. We won’t be discussing how companies can write an ironclad covenant not to compete, but we will explore how talented individuals with in-demand skill sets can maximize their opportunities in the marketplace despite a covenant not to compete.”
Executives are in a unique legal position, Mr. Ahmad says.
“Executives are individuals with their own legal status as well as representatives of their employers and, therefore, accountable to shareholders and, arguably, the economy as a whole,” Mr. Ahmad says. “They’re scrutinized to a greater degree than just about anybody else in their company, which is why I wanted to write a blog that addresses their unique issues.”
Mr. Ahmad, who is Board Certified in Labor and Employment Law by the Texas Board of Legal Specialization, represents executives in employment-related litigation, including trade secret and non-compete cases. Mr. Ahmad has been recognized nationally as one of the best lawyers in his field and was elected to the prestigious American Board of Trial Advocates, an elite group of the country’s leading judges and civil trial lawyers. He has been selected by his peers as one of the “Best Lawyers in America” and recognized as one of the leading Employment & Labor Law attorneys in “Chambers USA: America’s Leading Lawyers for Business.”
Two of his more recent engagements include: representing an owner of an accounting practice who signed a covenant not to compete and an employment agreement with the buyer of his practice; and representing a group of physicians with senior administrative roles in a breach-of-contract dispute with their medical center.
For more information, please contact Mary Flood at 713-383-0090 or mary@androvett.com.

Ahmad, Zavitsanos & Anaipakos is a Houston-based law firm that is home to true courtroom lawyers with a formidable track record in complex commercial litigation including energy, intellectual property, securities fraud, construction, and business dispute cases. AZA is one of only 32 firms in the U.S. to be recognized as "awesome opponents" in a nationwide poll of corporate general counsel who were asked to name the law firms they hope their companies never have to face in court. In fact, AZA has been hired more than once by the same companies the firm has prevailed against at trial. More information about the firm can be found at http://www.azalaw.com/index.html.