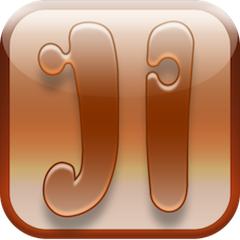 It has been almost two months since the first version of Join It - Jigsaw Puzzle for iPad has been released on App Store. Now the number of users continues to grow up, and the app becomes more and more better. The new version 1.1 will be released in AppStore in few days and it will bring a new features and make the game even more comfortable for users.The results of the two past months are that Join It - Jigsaw Puzzle for iPad has almost 5 star rating in the US App Store from about 135 users and many friendly user’s reviews worldwide.Join It team continues to work on usability testing and at the same time follows each feedback received from our users. At the current stage we have lots of interesting ideas for improving Join It - Jigsaw Puzzle for iPad and we have scheduled their implementation throughout this year.The new Join It - Jigsaw Puzzle game (ver. 1.1) will include changes in the interface and in the gameplay. First of all after several request we have greatly improved the usage of Reference Picture Sticking on the game field. And now we sure that it will be much more comfortable for iPad users to use this feature. The next improvement of the interface usage of the game was adding of the option of showing the full screen preview of each picture and ability to save finished picture to user’s iPad library. And do not forget about already implemented Saved Game Bookmarks which where also made for making interface usage more comfortable.We promis to do all the best to become the number one jigsaw puzzle among all iPad games!The most recent user reviews from iPad App Store:[Australia] Excellent App! - 5 stars by Froggles - Version 1.0.1 - 08 January 2011 I have tried many jigsaw apps and never really been satisfied but JoinIt is fantastic. It is easy to use, has great pictures and means I don't have to leave jigsaws out on the table! If you love puzzles then you'll love this :)[USA] Unending puzzle fun! - 5 strars by Mypatawata - Version 1.0.1 - 16 January 2011 Really like that you can choose different difficulty levels and controls are so user friendly. I'll never run out of puzzles as I can use my own photos from my library. Pieces are easy to organize, turn, and place. LOVE it![USA] Luv it! - 5 stars by Sbrwp - Version 1.0.1 - 14 January 2011 This app is absolutely perfect for me. Just like the real thing without the backache from leaning over it sitting on the floor.[USA] Great app - 5 stars by dminka - Version 1.0.1 - 07 January 2011 Love this and it works great not like another program I downloaded. I have a suggestion however, that we can enlarge it further for people with limited sight. Love it though, very entertaining.Now you have a nice opportunity to try to get a free Gift Code for a new version of Join It - Jigsaw Puzzle game. All you need just to follow @joinitpuzzle on Twitter and retweet the following message: Win a gift code for Join It - #Jigsaw #Puzzle #game for #iPad. #RT this massage and follow @joinitpuzzle http://joinitpuzzle.com #joinitprm1Feel free to contact us with any questions from our website http://joinitpuzzle.com.IT company with the team of professionals in different fields of the IT industry. Most of the members have significant experience (over 10 years) in developing software products for Darwin, Mac OS X and iOS, porting from Windows to Mac OS X.02090, office 1016, 21 Maryny Raskovoi St, Kyiv, Ukraine

12-30-2010 | IT, New Media & Software
d-Studio, Ltd.
Join It - Jigsaw Puzzle for iPad. The game you should have on your iPad
There are lots of different apps for iPad, but Join It - Jigsaw Puzzle is one of those that should be downloaded. This app is the most realistic mobile jigsaw puzzle. The jigsaw puzzle games have never been so realistic and natural before. By using all amazing iPad gesture abilities Join It became truly close to real game. The jigsaw puzzles for iPad have never been so realistic and natural

02-11-2021 | Fashion, Lifestyle, Trends
#ProjectPlantBase
#ProjectPlantBase - Join the Movement!!!
#ProjectPlantBase is a movement launched to raise awareness about the power of plants, and how these can be used in our daily lives to improve our health. Our goal is to promote plant-based brands and organisations, by understanding and explaining how using their products and services can contribute to empowering us to live in a healthier, happier, and greener world. Research shows that as a society we have reached a
12-05-2017 | Business, Economy, Finances, B …
Gleistein Ropes
Pfeifer and Gleistein join forces
Leading international rope specialists secure strategic cooperation for joint sales and development It is no secret that “wire ropes of the future” will continue to be increasingly produced using synthetic fibres. High-performance ropes made of high-tech textile fibres weigh just a fraction and are easier to handle than their steel-wire based counterparts while delivering performance attributes that are on par. It is upon this backdrop that Gleistein Ropes and the Pfeifer
04-18-2017 | IT, New Media & Software
Vistar Communications
AOC join hands with SDC
MMD , Asia Pacific brand licensing partner of AOC and AGON, today announced that it has joined hands with Dubai based distributor, SDC to market AGON range of gaming monitors and also its premium range of monitors across GCC. The business development manager at AOC in Middle East Africa, Sameh Gamal said,: “It is our pleasure to partner with SDC and their experience in gaming market with various other leading
01-28-2016 | Advertising, Media Consulting, …
Roq.ad GmbH
Roq.ad and Webtrekk join forces
Berlin, 7 September 2015 – Roq.ad, Europe’s leading cross-device technology provider, has entered into a strategic partnership with Webtrekk, a provider of digital intelligence solutions, headquartered in Berlin with offices in China, Italy, Spain, the Netherlands and the USA. The collaboration leverages Roq.ad probabilistic matching capabilities to enrich the digital intelligence solutions from Webtrekk, including the Webtrekk Digital Intelligence Suite. On a user basis, this allows improved cross-device attribution modelling and
08-03-2009 | Energy & Environment
AP Sensing GmbH
AP Sensing to join TUSEC
The Tunnel Safety & Security Network (TUSEC) is welcoming AP Sensing as a key member for fire detection in tunnels and important infrastructure projects. TUSEC’s charter is to foster innovation and collaboration in the area of Tunnel Safety. Tunnels are sensitive traffic bottlenecks and consequently extraordinary vulnerable in case of accidents and terrorist attacks. Danger for lives and enormous economic consequences ask also for technical solutions of prevention and limitation of
10-09-2008 | Energy & Environment
Green Building Media
Join in the Green Building Online Community
Green Building Media has launched a new forum platform for all professionals, educators and property owners who are looking for answers, solutions or would like to share their knowledge in green building. The forum is officially open for registration and allows members to post questions or stories in the different categories. Green Building Media is hoping all experts, beginners and intermediates join up and post stories, questions and facts about green
Comments about openPR
I can't but agree to the positive statements about your portal: easy to use, clear layout, very good search function, and quick editing!
Jens O'Brien, Borgmeier Media Communication