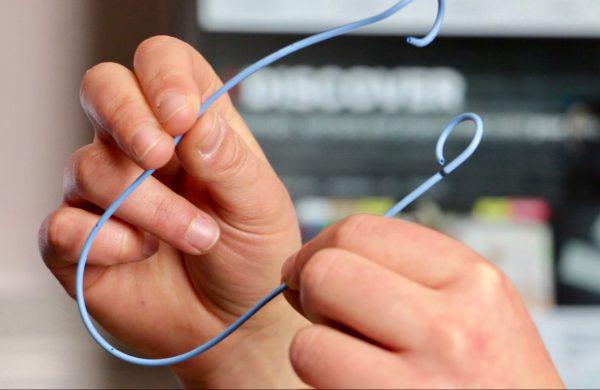 Increasing prevalence of urinary incontinence with age and rising geriatric population are major factors expected to drive the ureteral stents market growth during the forecast period. According to the Global Forum for Incontinence held in 2014, incontinence is a serious medical condition and set of diseases, which affected 4% to 8% of the population or the lives of around 400 million people worldwide over a period of 2007-2010.

Furthermore, lifestyle associated disorders such as obesity and diabetes increase the risk of kidney stone formation, which eventually requires ureteral stents usage during severe condition. According to the Journal of Materials Science report 2008, urolithiasis affects around 12% of the world population at some stage in their lifetime. Although it affects people of all ages, sexes, and races, it is more frequent in men than in women within the age of 20–49 years.

However, retaining of ureteral stents for longer duration can cause encrustation, infection, and patient discomfort. Therefore, the use of ureteral stents require timely follow-up in order to avoid increased morbidity, mortality, and healthcare costs.

Increasing prevalence of obesity is considered a major risk factor for kidney stone development, which in turn propels demand for ureteral stents. According to the National Health and Nutrition Examination Survey (NHANES), in 2014, kidney stones affected nearly 8.8% of adults in the U.S. Majority of these patients ultimately require surgical intervention. Stent placement is common at the time of stone surgery, mainly in the setting of extracorporeal shockwave lithotripsy and ureteroscopy.

Ureteral stents are important for management of several urologic and non-urologic conditions, however, hematuria, pain, infections, and encrustation are common side effects associated with these stents. Moreover, presence of the stent can result in bladder irritation in short-duration detrusor contractions, leading to a transient rise in bladder pressure. Furthermore, ureteral stent opens the VesicoUreteric Junction (VUJ), allowing urine to reflux whenever the bladder pressure rises, for instance, during a spasm or voiding.

Furthermore, long-term use of stents is associated with infection and precipitation of some salts in the urine, which can lead to build-up of crystalline deposits on the stent surface. Encrustation can cause blockages of the ureteral system, which makes stent removal painful and difficult. These factors are expected to reduce patient adherence for the procedures including ureter stent placement, which in turn hinders growth of the ureter stents market. However, precautions such as timely monitoring of stent location, change if chronically indwelling and removal of stents when no longer needed can avoid any associated complications.

You can edit or delete your press release Ureteral Stents here

03-04-2021 | IT, New Media & Software
Coherent Market Insights
Business Intelligence & Analytics Market : New Incredible Transformations
Business intelligence and analytics software are the data management solutions which helps managers, executive, and other corporate end users to collect, integrate, and present the business data. It uses statistics and software to analyze the raw information which helps decision makers to formulate future strategy. Market Dynamics Increasing demand for real time data analysis, rising focus on understanding consumers' demand through analysis of unstructured data, and increasing adoption of cloud computing technology
03-04-2021 | IT, New Media & Software
Coherent Market Insights
Preventive Maintenance Software Market : The Secret History And Future Growth
Preventive maintenance refers to general, routine maintenance to help keep devices up and running, preventing any accidental downtime and costly expenses from unexpected hardware failure. Increasing demand for maintenance reports is one of the essential growth factors for the global preventive maintenance software market. Many organizations utilize the preventive maintenance software or solutions and computerized maintenance management system (CMMS) to screen and analyze the maintenance operations, as organizations are required
03-04-2021 | IT, New Media & Software
coherent market insights
Pro AV Market : New Key Tactics The Pros Use
Pro AV is an advanced audio-video system that enables the seamless communication. Pro AV uses various components such as display components, camera, audio components, computer, controller, room scheduler, companion whiteboard, advanced options such as digital signage, and other supporting accessories. All these components are connected with the internet to provide a seamless experience in meetings and conferences. Due to high-quality communication Pro AV products are used in various industries
03-04-2021 | IT, New Media & Software
coherent market insights
Next Generation In-vehicle Networking (IVN) Market : Secrets Revealed
Next generation in-vehicle networking (IVN) connects all the electronic components of car through a single common platform. In-vehicle networking systems use connectivity standards such as CAN, LIN, FlexRay, RF, Ethernet, and MOST. The in-vehicle networking solutions makes the communication system compact by sending the signals to multiple electronic components through a single wire. Additional functions can be added in the next generation in-vehicle networking systems through small changes in the