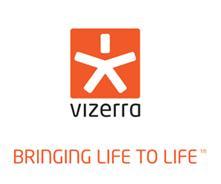 HAYMAN-WOODWARD announced today that the company has entered into a Strategic Business Development agreement with 3DreamTeam, a Russian-based software house who have created the Vizerra eco system. The company has already created a unique library of 3D worlds including twenty 3D environments commissioned for UNESCO World and heritage sites, more than forty major 3D virtual construction renderings, virtual museum, exhibitions and product simulations for clients across Europe, Russia and the USA.The Vizerra Ecosystem then allows third party design studios to use the software client as a service to create their own renderings, using the Vizerra Platform tools, posting content via one simple unified enabler to any and all end user environments such as desktop (currently available), web browser or iPhone mobile platform (which is currently under development). Recent commissioned projects have included the photorealistic creation of the largest construction project in Southern Europe in Barcelona, Spain a transportation, entertainment and retail hub. The city developers are using the Vizerra Platform to plan and create every stage of the construction, using the tool set to check, re calculate and in this instance actually re design the vistas of the development. Other projects have included work for the aerospace industry with the creation of a design platform and simulation for a new range of passenger helicopters. This 3D, photorealistic, promotional show reel was created in 12 days and cost less than 100k Euros all in a 75mega byte file.Unlike other typical 3D software, videos or renderings, where you can only see what gets replicated, Vizerra provides a degree of foresight for the planner and designer that have never been available to city architects before. Whilst there are a few a well established 3D, photorealistic rendering software companies serving the gaming or architectural markets the unique selling proposition for the Vizerra Platform and Ecosystem is speed to create, cost of production and size of file Vs quality of rendering. Having licensed and enhanced the best features from theses players, 3DreamTeam is the only International Company serving the Industrial, educational and entertainment markets with a commercially viable solution, via its own studio and a software as a service platform.Under the terms of the Agreement, HAYMAN-WOODWARD will provide ongoing business development to VIZERRA and assist with opening new markets in Latin America countries, providing the architectural and tourism industries with enhanced imagery in 3D walkthrough renditions. Many of the existing and planned tourist sites (Machu Picchu - Peru, Christ the Redeemer – Rio de Janeiro - Brazil, Sugar Loaf – Rio de Janeiro – Brazil, El Calafate Glaciers – Argentina) would benefit from these technologies to showcase the beauty and breathtaking dimensions of these landmarks, as well as increasing revenue streams through interactive content.Another aspect of this contract is to bring a closer collaboration between VIZERRA and the ‘The Olympic Committees’ in many nations, especially in preparation for the Olympic Games being hosted in Rio de Janeiro, Brazil, 2016. “Vizerra is being exclusively used by the Organizational Committee of Winter Olympic Games Sochi, Russia, 2014 in order to assemble all the architectural and planning data of eighty construction and architectural teams developing each separate piece of the real estate and infrastructure over 40 square km. Vizerra has become the de-facto reporting tool for the Organizational Committee to report to Government and will be showcased by the president of Russia in China in September 2010”. Said Nicholas Jeffery COO of Vizerra.This Strategic partnership will significantly expand HAYMAN-WOODWARD’s core strategic consulting business into Latin America, and provide VIZERRA a closer collaboration with the Ministries of Tourism of Brazil, Mexico, and Argentina, as well as the Brazilian Olympic Committee.http://vizerra.com/HAYMAN-WOODWARD is a global network of professionals providing, Fundraising, Technology Management, Business Development Advisory, Outsourcing, Human Behavior Analysis, Profiling, and Consulting Services; with unparalleled experience, across all industry segments. Assisting clients, and helping them become high-performance businesses and efficient governments, with our team of skilled professionals, delivering our valued services in over 100 countries worldwide, since 1996.1221 Brickell Ave 909 Miami FL 33131

11-25-2010 | Media & Telecommunications
HAYMAN-WOODWARD
HAYMAN-WOODWARD provides Business Development support to HYBRID
HAYMAN-WOODWARD has been contracted by French company HYBRID to support its business development endeavors and provide advisory services within Latin America and the Caribbean. As part of this agreement, HAYMAN-WOODWARD will also serve as investor relations’ advisor and conducting funding procurement for R&D for HYBRID. HYBRID is a French-based company and the leading manufacturer of broadcast production technologies in virtual studios; developing solutions and products that allow the digital media
10-06-2010 | IT, New Media & Software
HAYMAN-WOODWARD
HAYMAN-WOODWARD and LOGIWAYS sealed IBC with commercial agreement
From 10 to 14 of September the Managing Director and the Broadcast & Media staff of HAYMAN-WOODWARD has attended 2010 IBC edition, in Amsterdam, where they witnessed the biggest challenges and Strategic trends on the broadcasting & media distribution business, technology advancements, content creation and innovation. Attendance figures released at the end the event show that 48,164 industry professionals visited IBC2010, a 9.4% increase on numbers from last year. One of