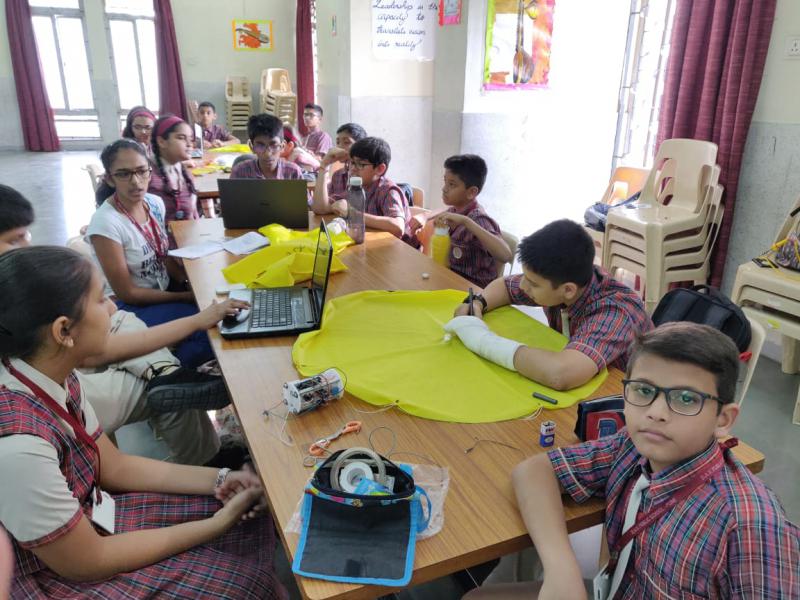 Suresh Naik, Ex-Group Director ISRO, a well known senior space scientist from Pune, along with Mr.Suhas Punekar, Managing Director ‘Punekar Educational Initiaves’ is leading a movement, aiming to give a huge thrust to Space technology education, a fascinating subject which is fast catching the imagination of the students across the country.

As part of this initiative, a highly popular and educative space exhibition by the world-renowned premier organisation of the country, ISRO is being organised in Pune on February 15, 16 and 17, 2019 details about which are given in the adjoining block. Co organiser for it is the prestigious College Of Engineering Pune (COEP) whose students, to their credit, have the distinction of making the student-satellite ‘Swayam’ which was launched by ISRO.

ISRO’s Exhibition. Highlights of ISRO Space Exhibition include a set of posters related to ISRO satellites and their applications, Chandrayaan/ Mars mission; scaled down models of ISRO rockets, satellites; a working model showing satellites orbiting around earth; video documentaries show on mars mission and chandrayaan mission; how to join ISRO – IIST. Also ISRO’s Geo portal-BHUVAN website will be demonstrated during the exhibition.

It will be a great opportunity for the youth not only to learn about ISRO’s history and glorious space missions through posters, models & videos but also to interact with ISRO’s scientists in person.

The low cost of implementation, short preparation time, simplicity of design and the fascinating nature of the subject like Space Technology make this concept of ‘Suresh Naik CubSat workshop’ an excellent practical opportunity for students to take their first steps in space.

"Punekar Educational Initiatives Pvt Ltd" along with "Suresh Naik Space Education Center" Pune, are set to drive a revolution in innovation in Space Technology with an exciting 2 days' premium educational event, comprising of Satellite design, its construction & launching by the school students.

The first ever CubSat workshop was conducted by us in a School in Pune in July 2018 with resounding success. Since then more than 800 students from various schools in Pune & Lonavala have zealously participated in this exciting workshop.

It is noteworthy that the space technology has been taken to even village school students near Pune through this highly interesting educational mission.

The workshop aims at simulating space environment of real space mission with an objective of providing the basic knowledge of space science, satellites, electronics and embedded systems followed by the on-hands activity by the students'-groups under the guidance of experienced trainers.

This mission is ideally designed to provide the first-step-training to the school students for the development of real satellite. That is why the name "CubSat".

These desirous students are given a specifically prepared brief syllabus based on which an entrance test (MCQ) is conducted. Based on the performance the students are selected. Separate tests are conducted for students of 6th to 8th class & 9th to 12 th class.

In this novel workshop a miniature satellite, weighing about 350 grams fitted into a structure slightly bigger than a soft- drink can and equipped with a parachute would be assembled by groups of 5 students each.

The students also make the parachute & the ground station as a part of the workshop. A specially designed kit provides the students with all the parts, materials & tools. After the integration, the system is tested by the students on the ground before the launch.

The climax of this dramatic mission would be the launching of the CubSats. The students really enjoy watching their selfmade CubSat flying 15/20 m high with the help of drone, after getting detached the satellite descending gracefully with the help of a parachute, and at the same time transmitting the atmospheric data in real time wirelessly like air temperature etc. using a ground station also built by them.

The mission is guided by the eminent space scientist Suresh Naik, Ex-Group Director ISRO & the present Chairman of International Space Society, who is well known as a 'crusader for popularising Space Science' among the students of the country since the last two decades.

Suhas Punekar, the Chairman Punekar Educational Initiatives Pvt Ltd has planned to take this immensely interesting & inspiring educational mission to thousands of school students in Maharashtra and other parts of the country and start a revolution in the field of spreading the knowledge about the fascinating Space Technology.

On 15th February 3rd event of the SSEC & PEI will take place in the auditorium of the Ganesh Kala & krida Munch, in which the website-sureshnaikcubsat.com would be launched followed by an interesting talk on Space Technology related topic by Prof. Suresh Naik and others to the students.

You can edit or delete your press release ISRO to Organize Space Exhibition on February 15, 16 and 17, 2019 here