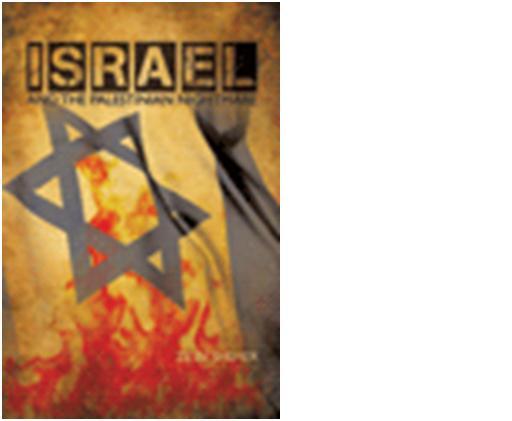 Israel and the Palestinian nightnare

FOR IMMEDIATE RELEASE Featured Book:ISRAEL AND THE PALESTINIAN NIGHTMARE By Ze’ev Shemer Published on December, 2010 iUniverse PublishingJanuary 1st 2011Israel and the Palestinian nightmare is not only a reliable reference book; it is a captivating description and review of the Arab-Israeli conflict. It offers an honest account of where Israel went wrong, covers facts relating to the origins of the nation of Israel and the profound effect that history has had upon contemporary events. The Arab-Israeli conflict is not a battle over land nor is it rooted in ancient claims of two peoples to the same small piece of real estate in the Middle East; but rather it is a clash between Judaism and Islam. A conflict the Christian world has been touched by but so far timidly involved with.Israel and the Palestinian nightmare, answers some of the toughest questions regarding Israel and the Palestinian people. It takes the reader through an historical timeline that puts many issues into proper perspective. The author has tough words for both Israelis and the Arab world, and the book contains inspiring articles and commentaries by Middle East experts such as Yoram Ettinger, Phyllis Chesler, Paul Eidelberg; as well as thought-provoking observations written by Larry Miller, David Wilder and Shifra Hoffman among others. This book will clarify many of the misconceptions that exist regarding this conflict and it is essential reading for both Jew and gentile alike."In a time of universal deceit, telling the truth becomes a revolutionary act." George OrwellIsrael and the Palestinian nightmare is available online at Amazon, Borders, Barnes & Noble, or directly from the publisher at iUniverse Publishing.Author’s website: http://www.zeevshemer.comZe’ev Shemer 3389 Sheridan Street #262 Hollywood, FL 33021 zeevshemer@walla.comABOUT THE AUHORZe’ev Shemer is the author of The Answer, does Religion really matter?, From the Ashes of Deir Yassin, and several articles that have appeared in periodicals and Internet news sites. Ze’ev is a college professor who teaches English and Social Studies. As a hobby, he teaches Aikido and Ju-Jitsu to pre-army cadets, and is a member of several community and outreach organizations.Ze’ev teaches in a multi-cultural environment. Most of his students are Jewish, Druze, Christians and Muslims. Ze'ev lives in the Galilee with his wife and children and travels frequently to Judea and Samaria. His understanding of the Arab-Israeli conflict stems from personal experiences, as well as from years of research. It was his association with brilliant and passionate Jews that shaped his understanding of Israel's struggles. His mentors were mostly Jewish fighters from Lehi, Irgun, and survivors of the Altalena.Ze'ev graduated with a B.A. from University of Miami, obtained his MSEd from Barry University, and is currently pursuing his doctorate at the University of West Timisoara in Rumania. As a son of Holocaust survivors he believes this project to be an essential stepping-stone toward the pursuit of truth and justice.Ze’ev Shemer 3389 Sheridan Street #262 Hollywood, FL 33021

You can edit or delete your press release Featured Book here

10-07-2020 | Advertising, Media Consulting, …
HTF Market Intelligence Consulting Pvt. Ltd.
Israel: Country Intelligence Market Report
HTF Market Intelligence released a new research report of 42 pages on title 'Israel: Country Intelligence Report' with detailed analysis, forecast and strategies. The study covers key regions that includes Israel, Europe and important players such as Cellcom, Partner, Pelephone, HOT Mobile, Golan, Bezeq, Yes. Get Access to FREE Sample Pages @ https://www.htfmarketreport.com/sample-report/1234555-israel-country-intelligence-report Summary Israel: Country Intelligence Report Telecom service revenue in Israel will decrease over the 2019-2025 period. The revenue growth in fixed
03-10-2020 | Industry, Real Estate & Constr …
ESCHA GmbH & Co. KG
New Sales Partnership in Israel
Halver, 10 March 2020 - The connectivity specialist ESCHA has had a new sales partner in Israel since the beginning of the year. Since then, Fritz Kupferschmied (FRK) has been exclusively selling and assembling the connector- and housing solutions of the German company on the Israeli market. Both partners perfectly complement each other and together intend to focus on the sales of customer-specific developments. Short after the beginning of the
04-06-2017 | Advertising, Media Consulting, …
ReportsWorldwide
Cigarettes in Israel, 2016
ReportsWorldwide has announced the addition of a new report title Cigarettes in Israel, 2016 to its growing collection of premium market research reports. “Cigarettes in Israel, 2016”, is an analytical report by Canadean which provides extensive and highly detailed current and future market trends in the Israeli market. Despite high living standards and expanding population, Israel has a lower market volume in Cigarettes in 2015 compared to the 1990 level, and it
08-12-2016 | Leisure, Entertainment, Miscel …
LastThink
Israel Radio Live ( Online Radio )
Israeli Live Radio is customized only for iPhone, iPad and iPod touch which is created to meet our users’ high demands. This online application is free and enables you to listen to Radio, news, diverse programs from any country you want, awing to its broadband connection. The following Israeli Live Radio with regular updates gives you an ideal opportunity to get acquainted with the latest news or programs. This pioneering
01-19-2012 | Sports
RAP4 Real Action Paintball
RAP4 Israel Training Facility For Israel SWAT
RAP4 Israel is proud to be the official training facility for force-on-force drills for Yamam - the Israel SWAT team! With our extraordinary indoor facility, glassed-in viewing area, assortment of props, and strong ties with training officers in the Israel Defense Forces, RAP4 has created the perfect training environment for this frontline hostage rescue and law enforcement team. RAP4 provides support in the form of a leading-edge, multi-story training facility, and
09-15-2010 | IT, New Media & Software
MVTec Software GmbH
MVTec Announces New Distributor in Israel
Since September 2010, the distribution of MVTec machine vision software products in Israel is performed by OpteamX Ltd. (Azor near Tel Aviv). Besides the distribution of HALCON and ActivVisionTools, OpteamX will also provide high-level technical support for MVTec’s software products. OpteamX, one of the leading distributor companies in Israel for imaging components, decided to complete its product portfolio by MVTec software to meet the requirements of a growing market for highly
Comments about openPR
I can't but agree to the positive statements about your portal: easy to use, clear layout, very good search function, and quick editing!
Jens O'Brien, Borgmeier Media Communication