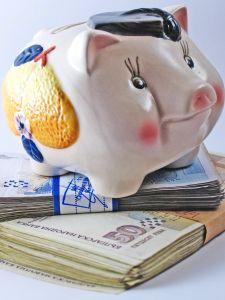 On average, gays and lesbians earn more than the majority of Americans. They enjoy more disposable income as a result of higher wages and fewer expenses. However, gay and lesbian professionals suffer from discriminatory tax policies that have been in place for decades, and during the current tax debate these issues have once again been ignored.

Many gay professionals are left wondering why they have again been ignored in the whole process. Gays and Lesbians still do not get a deduction for their spouse’s or domestic partner’s insurance benefits they get through work like their heterosexual counterparts do. This issue wasn’t even raised during the tax debate or the healthcare debate and it leaves many gay rights advocates wondering why nobody is looking out for their interests when these debates are happening.

“I just don’t get it,” says Christopher Lewis of Meet Gay Professionals.com. “Organizations like the Human Rights Campaign should be taking every opportunity to put tax equality for gays and lesbians into these negotiations.” Some might say that there was no chance of tax equality for gay and lesbian professionals being included in this bill but Lewis says to them, “Even if we didn’t actually get it in the bill it raises awareness of the structural and institutionalized inequality gays and lesbians face every day.”

Some companies, like Facebook, are taking tax equality into their own hands. Facebook announced in December of 2010 that it will start reimbursing their employees for the increased taxes they face as a result of Facebook’s domestic partner health benefits program.

As gays and lesbians continue to face disparate treatment through tax policies, look for more corporations to take the lead in equalizing pay between gay and lesbian and heterosexual employees. In that respect, the Human Rights Campaign and other workplace equality organizations like Out & Equal have done well in fostering support for gay rights in corporate America.

Meet Gay Professionals .com offers news updates from the perspective of gay professionals, social networking, dating, and advanced communications tools including in site secure email, instant messages, flash games, blogs, chat rooms, and audio/video chat. It is the place online for gay and lesbian professionals to network and meet each other.