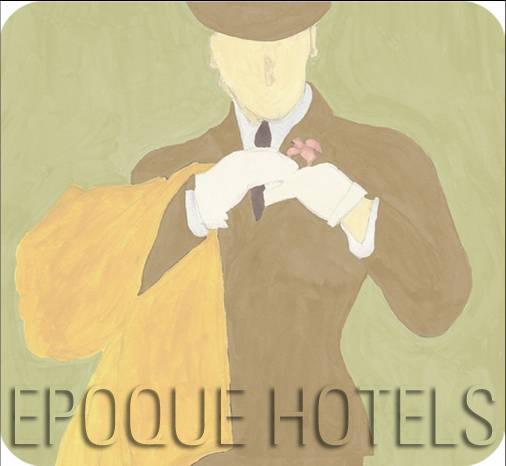 A New Trend in Hospitality

At the onset of 2007, the unique collection of avant-garde, trendy-chic, and luxury-classic boutique hotels of the American representation company grows to 270 properties.Miami Beach, FL, February 8, 2007 – Epoque Hotels continues to excel in establishing the most coveted collection of internationally acclaimed luxury boutique hotels. Due to its immense growth and success in 2006, the ground-breaking company has closed the year with a load of new first-rate affiliates in the major worldwide tourist destinations. Having started 2006 with 240 partners, Epoque Hotels has now reached 270 members that rank among the most trend-setting and luxury-classic boutique hotels and is ready to replicate this astounding achievement in 2007.Established in 2002 by David Maranzana and Juan Palmada, Epoque Hotels has grown and renovated itself thanks to the partners’ extensive experience in sales and marketing, property management, international representation, and technology in the hotel industry. A major breakthrough in the company’s profile was the creation in 2004 of a brand dedicated exclusively to the most hip boutique hotels of the collection, Avantgarde Hotels. Owing to the ever-increasing number of affiliates, the Avantgarde Line has recently earned a separate brochure as well as a website of its own, both of which were launched during the London World Travel Market in the Fall of 2006.Indeed, Epoque Hotels has never failed to showcase its chic properties at the leading tradeshows of the industry. Other than at the prestigious WTM, the company featured its stand at EIBTM in Barcelona, and at the 5th edition of ILTM (International Luxury Travel Market) in Cannes, while gearing up to attend the major rendezvous of 2007.Each Epoque Hotel, be it in the Epoque Line or in the Avantgarde Line, is carefully selected for its character, charm, quality, and central position, expressing the originality and atmosphere of the city where it is located. For these reasons, Epoque Hotels enthusiastically welcomed partners of international renown such as the Hotel Omm in Barcelona, the Design Suites in Buenos Aires, the Zetter Hotel in London, the Ca’ Pisani Hotel in Venice, to mention but a few of the stars in its firmament.“It is true, we made a tremendous impact in the hotel world and the figures speak for themselves,” allows Juan Palmada, co-director of the company. “Yet, we must not sleep on our laurels and double up our efforts so as to guarantee to our clients and partners the reliability they deserve and expect from Epoque Hotels. We will persist in the attempt to expand and constantly renovate ourselves, but we will hold on to our standards in the pursuit of a new dimension in hospitality.”About Epoque Hotels: Epoque Hotels is a collection of worldwide avant-garde, trendy-chic, and luxury-classic boutique hotels based in over 100 destinations . With its 270 hotels in its portfolio, divided in two lines : Avantgarde Line and Epoque Classic, it is rapidly establishing itself as the leading reference in the segment of boutique hotels. Headquartered in Miami, the Company has also sales offices in Italy, UK and France.Stefano Maranzana, Public Relations Epoque Hotels stefano@epoquehotels.com +39 340 9123 536 http://www.epoquehotels.com http://www.avantgardehotels.com

05-25-2018 | Business, Economy, Finances, B …
ReportsWeb
Boutique Hotel Market
ReportsWeb.com has announced the addition of the “Boutique Hotel Market”, Reports offering you more creative solutions that combine our deep geographic experience, intimate sector knowledge and clear insights into how to create value in your business. The report provides a basic overview of the Boutique Hotel industry including definitions, classifications, applications and industry chain structure. And development policies and plans are discussed as well as manufacturing processes and cost structures. Then, the
02-17-2017 | Tourism, Cars, Traffic
Stroblhof
Hotel in St. Leonhard
Meran hotels – The Stroblhof Active Family Spa Resort The four star Stroblhof Active Family Spa Resort is one of the best hotels in Meran. The hotel is based in the heart of Val Passiria, just 20 minutes away from the beautiful town of Meran. Meran will impress you as an idyllic alpine village. The Stroblhof is surrounded by a spectacular mountain scenery, so our guests enjoy a breathtaking view from
12-21-2011 | Tourism, Cars, Traffic
Falkensteiner Hotels & Residences
Falkensteiner Hotel & Spa Iadera in the Hotel Champions League
Vienna/Petr?ane/4th of December 2011- The five star Falkensteiner Hotel & Spa Iadera, which is situated in its own resort of Punta Skala near Zadar and opened on 1 July 2011, impressed decision-makers at The Leading Hotels of the World so much that it was accepted as a member of the world's most exclusive marketing platform for luxury hotels the first time it applied. The architecture of the house, which bears
12-10-2011 | Tourism, Cars, Traffic
Howard Johnson International Airport Hotel
Popular Phoenix Hotel - Howard Johnson International Airport Hotel
Our focus has been on customer care and we pride ourselves in the fact that we have testimonials from satisfied customers to support our claim. Our staff is courteous, friendly and ready to attend to your needs 24x7 with a very personalized service. Stay with us once and decide yourself whether our claims are authentic or not. Laced with all contemporary facilities, Howard Johnson International Airport Phoenix comes with features that
10-18-2011 | Tourism, Cars, Traffic
http://www.coorgexpress.com
Features of Coorg Hotel
Coorg is one of the hill stations that are located in the Western Ghats in small district named Karnataka. The place also known as the Scotland of India offers a lot of things for the visitors from all parts of the world. Whoever visits this place never prevents from saying that it is an untouched part of beauty and heaven on this planet Earth. Richly adorned with natural beauty, its
03-17-2011 | Business, Economy, Finances, B …
Hanoi Spark Hotel
Hanoi Welcomes New Budget Hotel “Hanoi Spark Hotel”
Roving reporter and travel writer Alejandra Simiz reports from down town Hanoi, Vietnam. On my most recent assignment I decided to take a few days off in Hanoi as it had been several years since I was last here and wanted to see what impact tourism in general had made on the Vietnamese culture. Hanoi, Vietnam, March 17, 2011 -- To my surprise, what I did find was that good budget,
Comments about openPR
OpenPR ist the nicest and most clearly laid out PR platform I have seen to this day. The press releases are displayed very nicely and clearly and without any unnecessary frills. The updates are fast and the finished release looks appealing and is clearly legible. Even with 16 years of experience one discovers new things from time to time. Congratulations!
Gabriele Ketterl, Director Marketing & PR, Menads