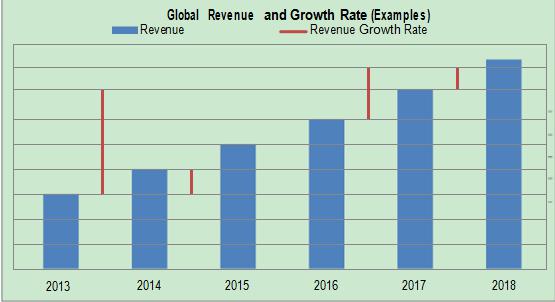 According to a new market report published by BlueWeave Consulting, The Global Craft Beer Market was valued at US$ 105.78 Bn in 2017 and is expected to expand at a CAGR of 22.75% from 2018 to 2025, reaching US$ 469.15 Bn by the end of the forecast period. According to the report, North America was the largest contributor in terms of revenue to the craft beer market in 2017.Rise in the number of microbreweries across the globe is driving the global craft beer marketCraft beers, loaded with flavours and minerals, are also rich in healthy anti-inflammatory polyphenols. Low ABV content of the beverage further balances these flavours and minerals, reducing the risk for diabetes, cancer, heart disease and effects of aging. Shifting consumers’ preferences towards healthy lifestyle is reducing excessive consumption of alcohol. Recent self-grooming trend has influenced younger population to adopt healthier beverages with low alcohol content like craft beer, backed by the influence of digital media.Craft Beers are produced in small breweries, using traditional methods and ingredients, inspired by local taste, texture, and flavours. Moreover, it is produced in small quantity. Hence, growth of Microbreweries and brew pubs, across the globe, will positively drive the demand for craft beers, brewed by small, independent and traditional brewers. Increasing government support in countries, like Australia, Belgium, Germany, United States, China, Mexico, United Kingdom, etc., is supporting the production of craft beers, via start-up breweries, that contribute to economic development and creation of job in these countries.Get PDF Sample of this Market Research Report@ https://bit.ly/2EZzrbYScope of the Report The global Craft Beer market is segmented on the basis of product type, and distribution channel. On the basis of product type, the market is segmented into Lager, Ale, Stout & Porter and Others. Lager Craft Beer was the largest segment in the global craft beer market in 2017 and is estimated to witness the highest growth during 2018-2025. On the distribution channel basis, the market is segmented into On-trade and Off-trade Channel. On-trade Channel accounted for the largest segment in the global craft beer market in 2017.On the basis of region, the market is segmented into five parts namely North America, Europe, Asia Pacific, Middle-East, Africa and Latin America. North America was the largest region in the global craft beer market in 2017 with a market share of 36.26% and it is estimated to grow over a CAGR of 21.5% during 2018-2025.Key Product Analysis • Craft Beers are segmented in various product types which include Lager, Ale and Stout & Porter • Lager and Ale both are derived from yeast. Lager yeasts are those that can be fermented at cool temperatures, generally in between 6°C and 13°C. Lager yeasts used in craft beers tend to produce fewer fermentation by-products and are perceived to offer cleaner and crisper taste to the craft beer drinkers. • Ale is also derived from yeasts that can be fermented at relatively warmer temperature, generally in between 15°C and 24°C. Lager yeasts are “bottom-fermenting” yeasts while ale yeasts are “top-fermenting” yeasts • The term “Stout” & “Porter” are used interchangeably for dark style craft beer that is produced using roasted barley, hops yeast and water. These are very strong beer types which became popular a long ago due to their increasing demandCompetitive Dynamics Companies, such as D.G. Yuengling and Son, Gambrinus Company, Heineken N.V, Boston Beer Company, Sierra Nevada Brewing Co., and Belgium Brewing Company are the key players in manufacturing craft beer. In terms of product offerings, Boston Beer Company and D.G. Yuengling and Son are the major players in the market, providing various tastes and flavours of craft beer.Market Segmentation: Global Craft Beer Market By Product • Lager • Ale • Stout & Porter • OthersBy Distribution Channel • On-trade • Off-tradeIn addition, the report provides analysis of the Smart Cities market with respect to the following geographic segments: • North America • Europe • Asia Pacific • Middle East & Africa • Latin AmericaGet Full Access of this Market Research Report@ https://bit.ly/2GZUrjL Contact Us: info@blueweaveconsulting.com https://www.blueweaveconsulting.com Global Contact: 18666586826About BlueWeave Consulting & Research Pvt Ltd. (BWC)BlueWeave Consulting provides a full scope of business intelligence solution for solving your toughest challenges. BWC is an emerging global expert & pioneer in the market research and provision of exclusive market INTEL. We optimize your decision making by equipping your industry with an accurate & better market research according to your industry demands through our professionally designed qualitative & quantitative research methods. Our trendy & efficient sample collection methods, integrated data solutions as well as methodologies certainly make us a better partner that you can rely on. With collective experience in the varied fields of retail, market research and reporting, we provide the business insight and business practices that would give the required impetus for your company’s growth.GD-69, Sector G, East Kolkata Twp,

07-03-2018 | Business, Economy, Finances, B …
Bonafide Research & Market Pvt. Ltd.
‘India Beer Market Outlook, 2023’
What is the best substitute to whiskey & wine which leaves you highand burns a hole in your pocket? Maybe Beer:Bonafide research The price of whisky,wine and other alcoholic beverages is increasing since a long time and are expected to further increase owing to rising inflation and changing in government rules and policies. while Beer only seems to be the best drink which comeseasy in the pockets of Indian consumers. Beer is
08-17-2017 | Business, Economy, Finances, B …
Orbis Research
Beer Market in South Korea
Summary This report helps to analyze competitive developments such as joint ventures, strategic alliances, mergers and acquisitions, new product developments, and research and developments in the Beer in South Korea Description The social and political environment significantly influenced sales of beer in 2016, with increasing numbers of consumers drinking alone, and the implications of the anti-bribery law. The former helped to fuel growing sales of global beer brands in convenience stores, whilst the
06-13-2017 | Leisure, Entertainment, Miscel …
Cool Shit in SA
International Beer Day Music Festival
For Immediate Release: How much do South African’s love beer? A LOT!!! So, we bring you the first ever International Beer Day Music Festival held right here on South African soil. International Beer Day Music Festival, will be happening on Saturday 5 August 2017, at the beautiful Cradle Moon Lakeside Game Lodge. The best local and loved breweries from around the country. Festival goers will get to taste hops from Darling Brew, The
06-02-2017 | Business, Economy, Finances, B …
Food and Beverages Industry - MRH
Global & India's Beer Market Study Supports Strong Demand for Beer
Beer is globally the third most popular drink after water and tea. Growing at a CAGR of 2.4%, it is projected that the global beer market will reach approximately USD 636 billion by 2020. In 2015, the global beer market was valued at USD 566.6 billion. While in 2014 the global beer market grew by 1%, it grew approximately by 2% in 2015. The low growth percentage is due to
11-02-2016 | Fashion, Lifestyle, Trends
Beer Selfie
Beer Selfie Craft Beer Gift Guide
BeerSelfie.com has published a Craft Beer Holiday Gift Guide for all of us that are shopping for the beer enthusiast in our life. Craft beer and homebrewing have exploded across the country and BeerSelfie.com has the inside track on the latest gear just in time for the holidays. With the help of BeerSelfie.com you’ll find beer clubs that deliver beers you can’t get anywhere else, fun crafts to express your beer
09-07-2016 | IT, New Media & Software
Digital Press
Ultras - Beer & Brawls, the game
The first videogame based on real ultras in the world By Digital Press September 1 2016 Tuscany, Italy - Ultras, need we say more? Take control of your fellow die-hard supporters, create your own group, energize your ultra leaders and get ready to fight against other real players. Create your own ultras, get on the coach, hold the belt in your fist and defend your sector. About the game In Ultras - Beer & brawls,
Comments about openPR
OpenPR is clearly structured and remains true to its principle of confining itself to the essential parts. OpenPR has proven to be a very good and reliable partner to our media agency: Within the shortest time the releases are online and go down well with the media representatives. The success of OpenPR is reflected in the steadily increasing number of press releases. It is good that OpenPR exists!
Ursula Koslik, Director Marketing & PR, F+W Hamburg