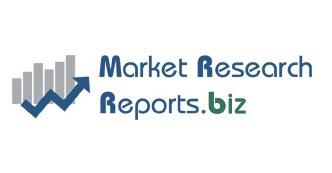 Humanoid robots are robots that resemble the body shape and characteristics of humans such as the ability to walk in upright position. Humanoid robots typically possess physical appearance similar to that of a human, including two arms, two legs, and a head. Characteristics of humanoid robots include autonomous learning, safe interaction with the surrounding environment and humans, and self-maintenance. Humanoid robots are employed in various applications such as scientific research, personal assistance, entertainment, automotive manufacturing line, education, and greeting guests and visitors. Usage of humanoid robots developed with artificial intelligence algorithms is expected to increase in perilous tasks such as space exploration missions. Various sensors including proprioceptive and exteroceptive sensors and actuators are used in humanoid robots to measure the surrounding attributes in order to help the robots work efficiently.Rise in demand for humanoid robots from the retail industry, increase in usage of humanoid robots in education and research purposes, and significant technological advancements in robotics are some of the key factors expected to drive the global humanoid robots market during the forecast period. Furthermore, usage of humanoid robots to greet and advise customers and present and demonstrate products in retail outlets is on the rise. Moreover, humanoid robots are an effective way of gathering consumer data such as gender, phone numbers, zip codes, email addresses, habits, and service feedback that help stores in serving their customers efficiently. Considering this, a number of retail outlets are adopting humanoid robots to enhance their customer experience. In September 2017, Sprint Corporation, a U.S.-based telecommunication service provider, announced the implementation of Pepper, a humanoid robot developed by SoftBank Robotics Corp. in its retail outlets. The company is planning to use the robot to gain market insights by engaging it with customers in its stores. SoftBank has deployed more than 10,000 Pepper robots in various organizations across the globe including Pizza Hut, Singapore. In several developed countries, humanoid robots are being deployed in classrooms to impart math, science, engineering, and technology lessons. Developed by the University of California, RUBI, a humanoid robot, is being used by a number of preschools in California to teach foreign languages to students. However, significant capital investments in research and development and high cost of humanoid robots are some of the factors expected to hinder the growth of the humanoid robot market. Nonetheless, growing geriatric population in counties such as Japan and China is anticipated to present lucrative opportunities to the humanoid robot market during the forecast period. Humanoid robots can be used to help aged people with their daily activities.Get Sample Report of the Research Study at: https://www.marketresearchreports.biz/sample/sample/7742The global humanoid robot market can be segmented on the basis of component, application, and region. Based on component, the humanoid robot market can be divided into hardware and software. The hardware segment of the humanoid robot market can be further classified into sensor, actuator, controller, power source, and others. Rise in adoption of artificial intelligence algorithms in humanoid robots to boost robots’ performance is expected to a primary reason for the leading market share of the software segment. In terms of application, the humanoid robot market can be categorized into personal assistance, education, search & rescue, entertainment, research & space exploration, public relations, and others. Increase in implementation of robots in retail outlets to enhance customer experience is expected to push the revenues of public relations segment of the humanoid robot market. Geographically, the global humanoid robot market can be segmented into North America, Europe, Middle East & Africa, Asia Pacific, and South America. Asia Pacific is expected to contribute a substantial revenue share to the humanoid robot market during the forecast period owing to growing geriatric population in countries such as China, India, and Japan.Key players in the global humanoid robot market include SoftBank Robotics Corp., ROBOTIS, KAWADA ROBOTICS Inc., Honda Motor Co., Ltd., Hajime Research Institute, Ltd., UBTECH Robotics, Inc., DST Robot Co., Ltd., Toyota Motor Corporation, PAL Robotics SL, and ROBO GARAGE Co. Ltd.MRR.BIZ has been compiled in-depth market research data in the report after exhaustive primary and secondary research. Our team of able, experienced in-house analysts has collated the information through personal interviews and study of industry databases, journals, and reputable paid sources.About Us: MarketResearchReports.biz is a seller of syndicated market studies, featuring an exhaustive collection of research reports from leading international publishers. Our repository is diverse, spanning virtually every industrial sector and even more every category and sub-category within the industry. We also provide consulting services to enable our clients have a dynamic business perspective.Contact Us: State Tower 90 State Street, Suite 700 Albany, NY 12207 United States Toll Free: 866-997-4948 (USA-Canada) Tel: +1-518-621-2074 Email: sales@marketresearchreports.biz