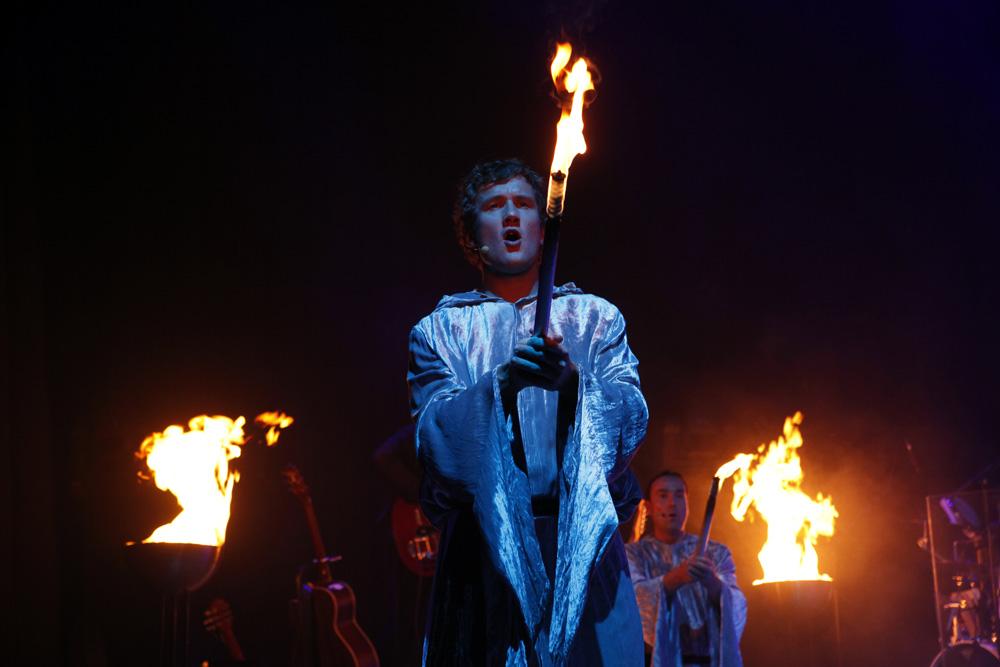 The GREGORIAN project's new album "The Dark Side Of The Chant" has gone straight to number 7 in the charts, making it the third-highest new entry of the week. This is the second-best placing for GREGORIAN in Germany. Their album "Masters Of Chant – Chapter II", released in 2001, reached number 6.For over a decade, GREGORIAN have been building a musical bridge between medieval Gregorian chant and contemporary pop and rock music. Creative mastermind, Frank Peterson, has not only created a highly successful synthesis of the arts with GREGORIAN but also a new form of neo-Gregorian music and with that a new genre. GREGORIAN's distinctive sound has fans around the globe. Recordings released to date sold in excess of 5 million copies worldwide in the first ten years, and so far more than 1 million people have seen GREGORIAN live in concert.The fact that GREGORIAN can also pump up the volume, without losing any of their authenticity, was demonstrated back in 2004 with the release of "The Dark Side". On the new CD "The Dark Side Of The Chant", Frank Peterson again takes the listener on a musical journey in true virtuoso manner, presenting some of the great rock anthems of all time along with contemporary rock hits. Never before have songs like "Hells Bells" (AC/DC), "Bring Me To Life" (Evanescence), "Lucifer" (The Alan Parsons Project) or "Stripped" (Depeche Mode) been recorded in such magnificent polyphonic sound. With "Bring Me To Life" GREGORIAN present the very first English version of the hit "Geboren um zu leben" by Unheilig, this year’s best selling band in Germany. The recording of "O Fortuna" is a further highlight which is certain to delight fans of Carl Orff and especially those of "Carmina Burana".In 2011, GREGORIAN will again embark on a grand tour with their new CD "The Dark Side Of The Chant". The tour is to feature the biggest and most elaborate stage show since the start of the project. Frank Peterson promises a magnificent production with great musical variety. Besides the repertoire from the new CD, GREGORIAN will include highlights from the 150 recordings they have released to date. The tour starts in Hamburg on 2 February 2011. The 2011 tour will take in Germany, Austria and Switzerland, and include stops in Russia, Poland, Estonia, Lithuania and Croatia.Mike P. Heisel has been operating successfully for over 10 years, specialising in strategy and business consultancy for both musicians (artists, writers and music producers) and media companies. His services cover all aspects of marketing for the music business.Mike P. Heisel Bavariaring 10 80336 Muenchen Germany Tel: +49 89 12 14 15 17 Fax:+49 89 12 14 15 20 Mobile: +49 172 724 64 80 Email: mike@heiselconsulting.de Skype: MikeHeisel

News-ID: 152719 • Views: 3020
Comments about openPR
OpenPR is clearly structured and remains true to its principle of confining itself to the essential parts. OpenPR has proven to be a very good and reliable partner to our media agency: Within the shortest time the releases are online and go down well with the media representatives. The success of OpenPR is reflected in the steadily increasing number of press releases. It is good that OpenPR exists!
Ursula Koslik, Director Marketing & PR, F+W Hamburg