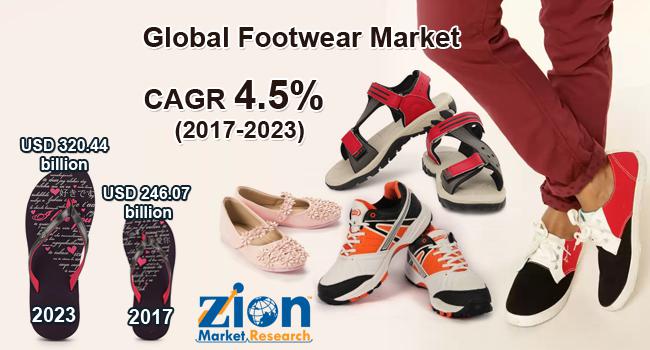 Adidas AG, Nike Inc., New Balance Inc., Puma SE, Asics Corporation, and Bata Ltd are some of the key vendors of footwear across the world. These players are focusing aggressively on innovation, as well as on including advanced technologies in their existing products. Over the coming years, they are also expected to take up partnerships and mergers and acquisitions as their key strategy for business development, states the footwear market study.Citing an instance, on September 11th 2018, Ted Baker – a UK based luxury clothing retail firm- has declared that it has entered into agreement with Pentland Brands Limited to acquire the issued share capital of No Ordinary Shoes Limited and No Ordinary Shoes USA LLC –the two units via which Pentland operates Ted Baker’s shoe business. Analysts predict that the strategic move of Ted Baker is aimed at taking shoe- business in-house and stimulating further expansion of the firm’s footwear business across the globe.Request a Sample of Footwear Market @ http://bit.ly/2RZvRnBAs estimated in this report, the Global footwear market stood at US$ 246.07 billion in 2017. Witnessing a tremendous rise during the period from 2015 to 2021, the revenue in this footwear market is expected to reach US$ 320.44 billion by the end of the forecast period. The main products available in this footwear market are athletic and non-athletic. Among them, the demand for non-athletic footwear is relatively higher and the trend is anticipated to remain so over the next few years, notes the research report.Humungous Demand For Product To Drive Footwear Market Size“Lucrative demand for comfortable, convenient, and user-friendly footwear among different age-groups of population will tend the demand curve for footwear products towards the positive axis on the growth graph of footwear market,” says the author of this study. Apart from this, the rise in involvement & participation of the individuals in sports events along with the drastically altering life patterns will further enlarge the growth trajectory of footwear market in the coming years.Download Request TOC Footwear Market @ http://bit.ly/2sEou6SAvailability of variety of footwear products, exponentially increasing population base, and swelling of disposable incomes of consumers are few of the other factors driving the footwear market revenue.The easy accessibility of counterfeit products developed by local manufacturers, however, is anticipated to restrict the expansion of the global footwear market in the years to come. Nevertheless, escalating health consciousness among the non-sportspersons is predicted to enhance the popularity of the athletic shoes, thereby generating lucrative growth avenues for footwear market. This, in turn, will normalize the impact of hindrances on the market, reports the study.Rising Health Consciousness Among the Population To Steer Regional GrowthRegionally, North America has been leading the worldwide footwear market and is anticipated to continue on the dominant position in the years to come, states the market study. Mounting awareness among the residents of the region to stay healthy, fit, and active is the main factor behind the dominance of the North America footwear market. The high number of market players being headquartered in North America is another significant factor that is supporting this regional market.Download Brochure of Footwear Market @ http://bit.ly/2T51vNTThe global footwear market is segmented as follows:By ProductAthletic Footwear Running and Cross Training Shoes Soccer/Football Shoes Hiking Shoes Others Non-Athletic Footwear Casual Footwear Military Boots OthersBrowse detail report @ http://bit.ly/2FEmrbg By MaterialRubber Leather Plastic Others By End-UserMen Women Kids By Distribution ChannelOnline Sales Supermarkets and Hypermarkets Independent Retail Stores Others By RegionNorth America The U.S. Europe UK France Germany Asia Pacific China Japan India Latin America Brazil The Middle East and AfricaTop Selling Report :- Global Video Analytics Market http://bit.ly/2HptS7X Global Vegetarian Capsules Market http://bit.ly/2AYpHdD Global Thermal Imaging Market http://bit.ly/2AUW1hk Global Sports Medicine Market http://bit.ly/2HmYruRZion Market Research is an obligated company. We create futuristic, cutting-edge, informative reports ranging from industry reports, the company reports to country reports. We provide our clients not only with market statistics unveiled by avowed private publishers and public organizations but also with vogue and newest industry reports along with pre-eminent and niche company profiles.244 Fifth Avenue, Suite N202 New York, 10001, United States Tel: +49-322 210 92714 USA/Canada Toll-Free No.1-855-465-4651 Visit Our Blog: https://zionmarketresearch.wordpress.com/ Website: https://www.zionmarketresearch.com