Dethcentrik is Poised to Take Extreme Music by Storm 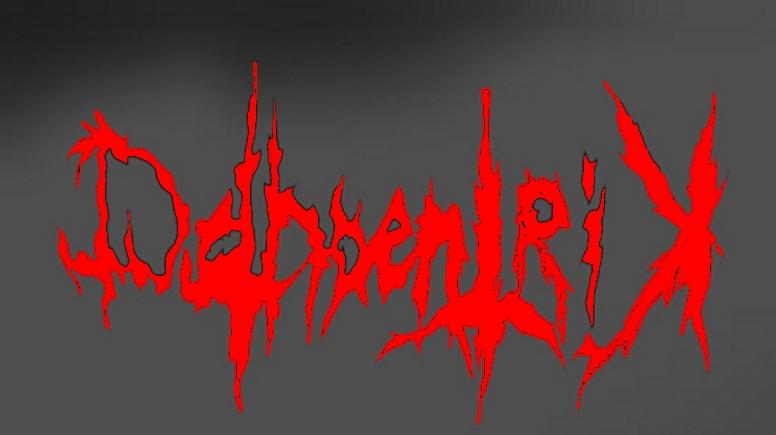 Somewhere between powerviolence and ambient, techno and noise punk, black metal and trance lies Dethcentrik, a band whose music is almost as unpredictably evolving as it is generally bizarre. Since the band's conception and formation in 2009, and despite a general lack of lineup stability and having performed only one live show, the band's name continues to grow in the extreme music underground. Dethcentrik is beginning to gain attention of many niches including the heavy metal, punk rock, and to a lesser extent the industrial scene. The band has recently begun to appear in compilations, and have two EP releases on their own: Early Demos and Singles, a compilation of their first year's works, and an untitled EP they have released for free download via their website. Since the band continues to release music on their own imprint, Død Incarnate, they are never restricted from experimentation, and frequently make music to test boundaries. Anyone into extreme music, experimental music, or both should keep an eye on this band, they certainly have their own sound, and that alone gives them a tremendous potential.Dethcentrik is an extreme music group from Colorado, United States. Fusing elements of harder rock genres such as punk and heavy metal, along with electronica.Død Incarnate Records 2015 Dortmund Dr Apt 618 Colorado Springs, Colorado 80918

08-13-2018 | Politics, Law & Society
Law Office of Steven Rodemer, LLC
Colorado Springs Jury Acquits Shooting Suspect
A Colorado Springs jury has acquitted a suspect in an August 27, 2016 shooting. The shooting occurred at a rental home in eastern Colorado Springs during a house party attended by 75-100 people. According to witness testimony, the victim was located in the living room of the home, when she was randomly struck by gunfire. Further testimony revealed that the suspect was on the second floor of the home handling
02-08-2018 | Health & Medicine
Hair Club
HAIR CLUB® OPENS SECOND LOCATION IN COLORADO
Hair Club will now be offering hair loss solutions to the residents of Colorado’s second largest city at its new center in Colorado Springs. Hair Club is the largest provider of all-proven hair loss solutions across North America, including the United States, Canada and Puerto Rico. Founded more than 40 years ago, Hair Club has provided hair restoration options to 600,000+ clients and has expanded to nearly 120 locations. “We are proud
06-09-2011 | Business, Economy, Finances, B …
McDowell Laybourne & Rodemer,LLC
Colorado Law Firm With Colorado Traffic Lawyers Offers Best Possible Resolution …
Colorado Springs, USA, June 06, 2010: One of the most acknowledged Colorado Springs Attorney firm, McDowell Laybourne & Rodemer, LLC has announced that they offer best possible resolution for traffic violation cases. The company’s Colorado Traffic Lawyers are experienced enough to obtain reduced points, a plea to a lesser charge, or even a deferred plea and sentence that results in no points against the license of their customers. In
01-26-2011 | Business, Economy, Finances, B …
Quest CE
Quest CE’s Colorado Annuity Training Course Approved
MILWAUKEE – January 25, 2011 – Quest CE, premier provider of continuing education, is proud to announce their Colorado 4-Hour Annuity Training Course has been approved and meets the State’s one-time, four (4) hour annuity training course requirement. In addition, this course is available for resident CE credit. The course provides the mandatory training and education required by Colorado licensed producers who desire to or currently sell, solicit or negotiate the
07-08-2010 | Leisure, Entertainment, Miscel …
gameday
GamedayHousing Plans to Stay Warm in Colorado
GamedayHousing.com Plans to Stay Warm in Colorado June 19th, 2010 – Boulder, CO – Colorado has been known for its cold weather, high altitudes, and tremendous ski resorts. Despite all the implications of coldness, GamedayHousing is blazing a trail throughout the CU area near Folsom Field. Gameday Housing is an online sports vacation rental service that specializes in short-term football weekend rentals. They bring homeowners and college football
10-09-2008 | Sports
Ski Butlers
Ski Butlers Expands to Telluride, Colorado
Park City, Utah…Ski Butlers is proud to announce Telluride as its newest location, opening for the 2008-2009 ski season. “We are excited about our expansion into Telluride. It is a great opportunity to offer another world class ski destination to our customers,” said Bryn Carey, founder and President of Ski Butlers. Founded four years ago in Park City, Utah, Ski Butlers has become the leader in in-room fitting. Ski Butlers
Comments about openPR
I can't but agree to the positive statements about your portal: easy to use, clear layout, very good search function, and quick editing!
Jens O'Brien, Borgmeier Media Communication