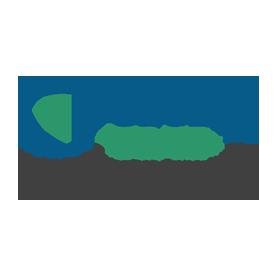 Earlier this year, the government of Canada has announced its intention to replace the current, highly contentious system of lottery-based allotment of parents and grand parents and visa and move towards a quota-based system. The applications for the new system are expected to open at the end of this month. A social media post period is set to reopen at the end of the month. According to a spokesperson for the IRCC (Immigration, Refugees and Citizenship Canada), a social media post conveying the same was issued around the end of the previous year. The minister for Canada immigration, Mr Ahmed Hussen clarified that an overwhelming frustration among both the immigrants and Canadian citizens over the existing systems was the primary reason for switching to the new one. He however assured the applicants that the change would not blindside anyone and adequate warning would be given to all before the applications are reopened In the previous allotment for the year 2017 which was through a lottery nearly as many as 95,000 applications were made by permanent residents for bringing in their aged relatives to the country through the Canada immigration process(https://globaltree.in/services/immigration/canada-immigration-consultant/) out of which only 10,000 applications were accepted which led to fierce competition. Many people complained of the unfair pressure on the applicants Mr Rahman opined that politicians need to work out the details of the quota system and see how it will affect the families coming to Canada in the future. In the short term, however he suggested that the IRCC admit its lack of enough manpower to process the application in time. There has been a huge backlog of applications which have swamped the family reunification system for many years, however with these changes the backlog may be reduced considerably. The positive changes that are being made not just for this visa program, but the Canada immigration system is typical of the current political climate of the country and is a testimonial to the Canadian government’s commitment to immigration For more Information about this content kindly check out @ https://globaltree.in/Ever since its inception in 2006, Global Tree overseas education ltd has been growing from strength to strength to become the most trusted immigration and overseas education consultancy in India. The consultancy boasts of 15 branches pan India and thousands of success stories.3rd Floor, G.Pulla Reddy Sweets Building, Beside CM Camp Office Begumpet, Hyderabad- 500016

01-04-2021 | Logistics & Transport
ELOG CANADA
Electronic Logging Device Canada
There are some trucking companies that have what is known as an electronic logging device. This logger is actually a computer software program that keeps track of everything that goes on with the trucks. It can track the route, the fuel consumption and the maintenance on the vehicle. The trucking electronic logging devices in the truck can be hooked up to the company computer system and all of this can
08-05-2020 | Fashion, Lifestyle, Trends
Giftapart
Giftapart expands to Canada
Giftapart, the world’s first social ecommerce supermall, is now available in Canada. “We are thrilled to provide Giftapart’s innovative features to the Canadian people,” said Filipe Pedroso, founder and CEO of Giftapart, “Giftapart provides the world’s first and only place where anyone can make a gift registry and control the precise order that the gifts are funded. For the first time in the world, gift receivers can actually get what they
09-03-2018 | Business, Economy, Finances, B …
CBF Management
CBF Management, Canada
'''CBF Management''' is the doing-business-as name of CBF Management/CBF and currently a non-franchisor selling and supporting post construction cleaning services, janitorial, commercial, residential, and floor care services through the [[Canada]], and 2 other countries using the “CBF Management” trademarks and systems to commercial services. Company History and Key Dates *2006 – CBF Management Company founded in Vancouver, British Columbia, as a floor care company by Harpreet Sandhu, a former track athlete. *2008 –
08-28-2017 | Fashion, Lifestyle, Trends
Orbis Research
Jewellery Market in Canada
Summary This report helps to analyze competitive developments such as joint ventures, strategic alliances, mergers and acquisitions, new product developments, and research and developments in the Jewellery in Canada Market. Description Producers of fine jewellery brands continue to invest and expand across Canada, bringing more competition. In late 2016, David Yurman introduced its high jewellery collection at Holt Renfrew in Vancouver, featuring by-appointment-only pieces. It also aims to open more outlets in luxury
06-08-2017 | Energy & Environment
ReportsWorldwide
Agrochemicals Market in Canada
ReportsWorldwide has announced the addition of a new report title Canada: Agrochemicals: Market Intelligence (2016-2021) to its growing collection of premium market research reports. The report “Canada: Agrochemicals: Market Intelligence (2016-2021)” provides market intelligence on the different market segments, based on type, active ingredient, formulation, crop, and pest. Market size and forecast (2016-2021) has been provided in terms of both, value (000 USD) and volume (000 KG) in the report. A
04-06-2017 | Business, Economy, Finances, B …
ReportsWorldwide
Consumer Payments Country Snapshot: Canada
ReportsWorldwide has announced the addition of a new report title Consumer Payments Country Snapshot: Canada 2016 to its growing collection of premium market research reports. In spite of being a highly mature market, Canada provides increasing opportunities for digital and mobile payment providers to develop innovation. Canada is a developed payment card market due to its robust economy and high level of card penetration. While the market has a high level
Comments about openPR
OpenPR is clearly structured and remains true to its principle of confining itself to the essential parts. OpenPR has proven to be a very good and reliable partner to our media agency: Within the shortest time the releases are online and go down well with the media representatives. The success of OpenPR is reflected in the steadily increasing number of press releases. It is good that OpenPR exists!
Ursula Koslik, Director Marketing & PR, F+W Hamburg