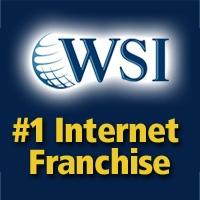 FOR IMMEDIATE RELEASEToronto, Ontario, October 21, 2010… WSI franchisee owner Andrew Nguyen is going into his second year and this online marketing marine believes that that service to his country gave him the savvy to move into the online business world with the worlds #1 digital promoting and marketing organization, WSI. In his first year the online mogul acquired revenues at the executive level and rounding out 2010, he has about 100 clients, two partners and four individuals with the expectation that he will earn roughly 5 times greater his second time at bat.Added Ideas for Nguyen now consist of starting off a non-profit in 2011 which will motivate veterans to take an entrepreneurial avenue of their own, as Nguyen fully believes that the 14 command traits he learned with the Marines which includes integrity; is the cornerstone and manifestation of your organization and lifestyle. “You have to be self-motivated and that’s where the skill set and discipline from the Marines helps. To me there is a direct connect between the military and entrepreneurship,” Says Nguyen.Ron McArthur, President of WSI says, “He’s a very energetic guy, who sees that one of the key aspects of WSI is building working relationships.” McArthur states that Nguyen is in the top 200 or 300 of WSI’s 1,000 plus franchisees.Nguyen 30, journeyed the world as a marine a year after the 9/11 attacks and looking to do more for his country says, “I can’t explain it except it put a fire in me, standing there watching it, (the towers) and feeling helpless, I wanted to physically be apart of the solution.”After his four year tour with the Marines, Nguyen decided he wanted to be apart of another set of techniques and make his mark in the home business world, and resolved becoming a WSI Franchisee was a way to make it happen. When he returned from duty, Nguyen went to the University of North Texas and earned a bachelor degree in business and administration and Entrepreneurship. Nguyen also prefers the freedom that comes with being a franchisee owner of WSI. Running a WSI franchise allows Nguyen a flexible schedule which allows him to fly to New Orleans for two weeks of Reserve schooling every few months and work from anywhere in the world so long as he brings a cell phone and personal computer. He also tops that off with graduate school at SMU and is on track to graduate in May with a master’s degree in entrepreneurship.WSI which is known for its non profit management is currently running a campaign, “Investing in America” which is aimed towards American veterans. The program offers the chance to purchase a WSI franchise at one half the cost. The promotional event will run for a modest time.“Anyone in business knows, small business is the lifeblood of America. I feel like Marines specifically have the skill set and leadership ability to transition smoothly into entrepreneurship. I want to help them connect the dots,” Nguyen stated.For more material about WSI and the chance to become a franchisee please call Elizabeth Monaghan @ 416-418-8751 or email at emonaghan@wsicorporate.comOn WSI – we simplify the Internet: WSI is the world’s #1 franchise featuring internet marketing expertise to suit the needs of several industries. The business has the world’s largest Internet Marketing Consultants’ system and a formidable head office in Toronto, Canada. WSI Internet Marketing Consultants have helped thousands of small and medium-sized businesses realize their online marketing future. By using ingenious Internet technologies and excellent internet marketing strategies, businesses can have a WSI Internet Marketing System customized to their various needs to boost their Internet existence and productivity to new levels. In 2009, WSI was the proud recipient of 5 Standard of Excellence Awards at the Annual WebAwards Competition organized by the Web Marketing Association (WMA). WSI has been ranked the #1 Internet Services Franchise in Entrepreneur Magazine’s Franchise 500 listing for 10 years in a row. Entrepreneur Magazine also ranks WSI at #13 among the Top Home Based Franchises and #49 in America’s Top Global Franchises. With the assistance and cooperation of its customers, franchise network, employees, vendors and charitable corporations, WSI aims to help make child poverty history through its global outreach system.5580 Explorer Dr. Mississauga, ON. L4W 4Y1

You can edit or delete your press release Top Web-based Consulting Marketing Organization, WSI, is Proud of Marketing and advertising Marine Andrew Nguyen, as He Encourages Other Marines to Become Effective Business owners as Well here