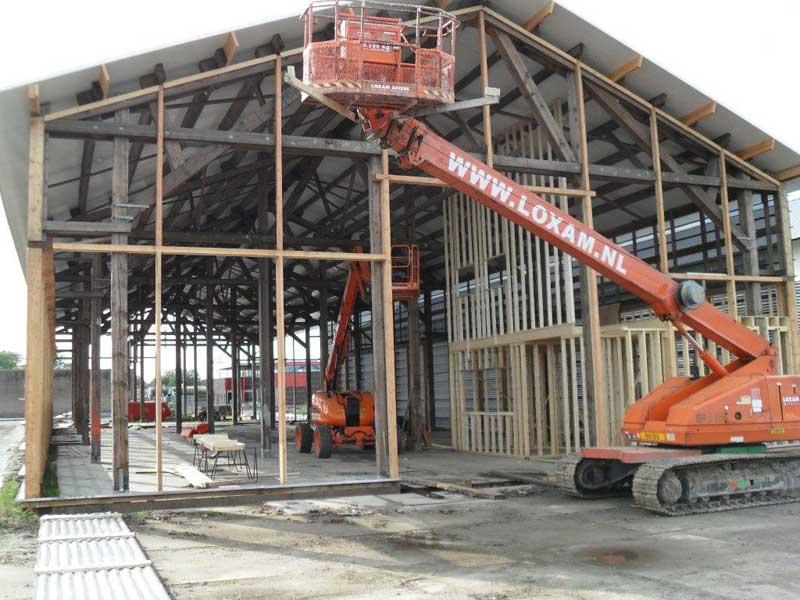 DOKKUM, THE NETHERLANDS - Today, Active Constructions (ACS) announced the commencement of building a new climbing park on the Adfunturepark site near Dokkum at the beginning of October. “After weeks of intensive planning, it’s always great to get on site,” says Kess-Jan Verwaal, the head designer of the Dutch contractor which specialises in innovative designs of outdoor and indoor climbing facilities. “If everything goes according to plan, the new features at Adfunturepark will open in late November.” “We wanted a unique design that fitted our current combination of both indoor and outdoor activity courses,” explains Joel Bruinsma, one of the managing directors of Adfunturepark. “ACS has a track record of building indoor climbing parks, especially in Germany,” adds Jesse Oenema, his business partner. “We liked what they did there. And used that as a starting point.”“The Dokkum project isn’t just about coming up with high ropes course layouts and put them indoors,” says Verwaal. “Adfunturepark has been looking for someone who could help them developing an encompassing theme for their indoor and outdoor activities. Particularly, because customer surveys show that theme parks attract significantly higher visitor numbers and achieve higher levels of visitor retention. It’s about providing an experience, not just a product.”The innovative concept also met with approval by the regional business development agency in Dokkum: Adfunturepark has been awarded a business investment grant. “The city of Dokkum has been very supportive from the very start, talking us through the paperwork, helping us obtaining the required permits, things like that,” says Jesse Oenema. “After all, they want what we want: to put Dokkum back on the region’s recreational map.”About Active Constructions Active Construction Services (ACS) is one of the leading designers and manufacturers of outdoor climbing facilities in Europe, including Active Forest ECO forest climbing parks, Active Challenge high ropes activity courses, adventure towers, outdoor playgrounds and adventure parks.Active Constructions b.v. Leemkolkweg 10a Werkhoven NL3985 SL The Netherlands marcom@activeconstruction.eu +31(0)30-7117302

News-ID: 146676 • Views: 1504
Comments about openPR
We publish our press releases on openPR.de because we like people who are "open" - just like us.
Frank Obels, CEO, INCONET - Informationssysteme, Communication und Netzwerkberatung GmbH