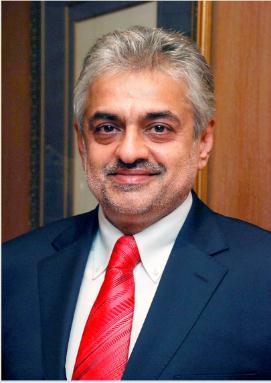 Mr. Deepak Talwar is well known and respected in business circles for his acumen and knowledge of public affairs, advocacy and corporate strategy, over the past 3 decades. Mr. Deepak Talwar is the principal and founder of the concern M/s. DTA Consulting. He established the firm in the year 1979 for undertaking various activities in public affairs domain. DTA Consulting has navigated the entry of some of the world’s largest corporations and companies in India and facilitated and assisted them in starting and enhancing business operations in India, by this mechanism the Mr. Deepak Talwar has been instrumental in facilitation and entry of large volumes of foreign business ventures in India. As an example – the Mr. Deepak Talwar has been instrumental in facilitating the business of major multinational corporations in India such as Coca Cola, General Motors, Emirates, Air France, Vodafone, Indus Concessionaires, Roadies Transportation, IKEA, AMWAY, Isolux, Carlsberg Breweries, Fosters, Talgo, SEUPPTCL, Diageo, Mars, Nokia etc. It is pertinent to mention here that the aforesaid companies are internationally well known, for example – Coca-Cola is a world-renowned soft drink manufacturer; Vodafone of England is a world known telecom service provider company; Air France is an aviation services company; Carlsberg of Denmark is a beverage manufacturer; Foster of Australia is again a beverage manufacturer; Amway of USA is a world-renowned direct selling and retail company; General Motors is a world-renowned American company, manufacturing automobiles, industrial machines etc.; Emirates is a world-renowned aviation company; Indus Concessions is a Spanish company which excels in infrastructure and telecom services; IKEA of Australia is a world-renowned furniture manufacturer; Mars Incorporated is a world-renowned company of the USA involved in confectionery manufacture; Diageo of England is a world-renowned beverage company; Talgo of Spain is a world-renowned metro rail coach manufacturer. Mr. Deepak Talwar has had a pioneering role in facilitating the businesses of the aforesaid foreign companies in India including incorporation, statutory clearances, operations etc., which has led to millions of job opportunities for Indian citizens as well as huge amount of foreign exchange investments and revenue generation in the form of foreign exchange for the country as a whole, besides revenue generation in the form of taxes.In view of the entrepreneurial ventures of the Mr. Deepak Talwar, without any doubt the Mr. Deepak Talwar has been successful in single-handedly attracting and facilitating large volumes of international business operations in our country which has resulted in the country making huge gains in foreign reserves besides the aforesaid companies generating employment and livelihood, directly & indirectly, for large number of Indian citizens as well. For example – an MNC like Coca-Cola has given employment to more than 50000 people in India; Vodafone has given employment to more than 25000 people in India; Emirates has given employment to more than 2000 people in India; Carlsberg & Fosters has given employment to more than 5000 people in India and also brought huge amount of foreign investments in the form FDI in India by aforesaid companies. Mr. Deepak Talwar throughout his operations has been compliant of all the statutory regulations, requirements of law and has worked with steadfast dedication, diligence, sheer hard work as a consequence of which the Mr. Deepak Talwar has gained envious reputation and recognition throughout his peers, business partners, general public at large, government officials, organizations both national as well as abroad.About Mr. Deepak Talwar is a law-abiding citizen of India. Mr. Deepak Talwar is an Honors Graduate in the field of Commerce from the leading and highly reputed Shri Ram College of Commerce of Delhi University.Media Contact : Name - Shilva Contact number - 9898989898 Address: K2/ Gk part 2, India