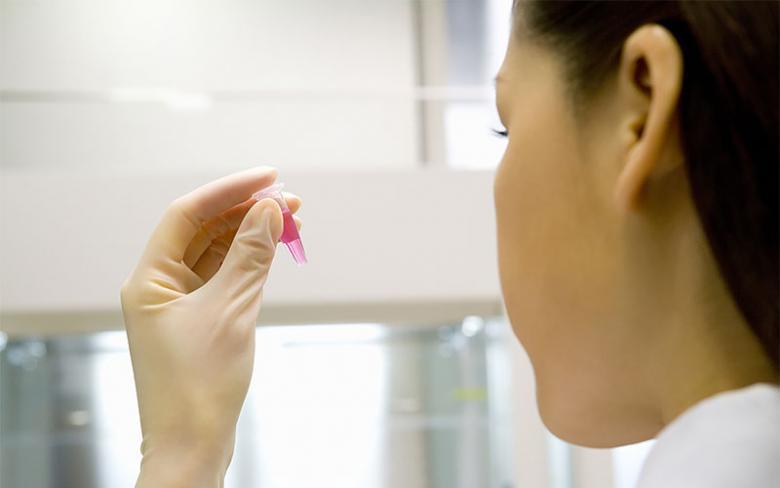 Alzheimer disease (AD) is a type of dementia that affects memory, thinking, language and behavior. Increasing age and high number of people suffering from Alzheimer's with age 65 and older are the major risk factors for progression of this disorder. It starts with mild symptoms and ends with severe brain damage in which individuals lose the ability to carry on a conversation and respond to their environment. According to Alzheimer Association, 2017, more than 5.5 million Americans are suffering from Alzheimer’s dementia. An estimated 5.3 million are age 65 and older and approximately 200,000 individuals are under age 65 and have onset of Alzheimer's. Alzheimer’s cognitive and behavioral symptoms can be treated using non-drug treatment and symptomatic based medications. However, specific treatment for Alzheimer disease is not available in the market, which creates an opportunity for development of Anti- β- Alzheimer therapies.Global Anti-β-Alzheimer Therapies Market Taxonomy:By Drug:Aducanumab Bapineuzumab Solanezumab By Distribution Channel:Hospital Pharmacies Retail Pharmacies Online PharmaciesDownload the PDF brochure: https://www.coherentmarketinsights.com/insight/request-pdf/1204 A breakthrough therapy is expected to provide immense growth for the Anti-β-Alzheimer therapies marketIn July 2015, Biogen Pharmaceuticals announced results from a prespecified interim analysis of PRIME, which was the Phase 1b placebo-controlled study of aducanumab in patients with prodromal or mild Alzheimer’s disease (AD). Phase I clinical trials were conducted on 166, patients, which showed significant progress by lowering of Amyloid beta levels in the brain and slowdown in cognitive function as compared to the control group who received placebo. Phase III efficacy trial showed significant cognitive results in FDA based specific memory tests. On the other hand, in 2016, Eli Lilly and Company announced the development of Alzheimer drug solanezumab, which was in phase III clinical trial due to its slow progression of the Alzheimer disease and high cost.In 2012, Pfizer Inc. and Johnson & Johnson, announced to discontinue the development of Alzheimer drug which was in intravenous (IV) form – bapineuzumab as drug failed to help patient with memory robbing condition in a second high profile clinical trial. Such failures, deter the expected growth of a market.Increasing prevalence and incidence of Alzheimer disease is expected to favor the growth of Anti-β-Alzheimer therapies marketIncreasing aging population along with its associated complications, such as dementia is the major driving factor for the growth of Anti-β-Alzheimer therapies market. For instance, according to Centers of Disease Control and Prevention (CDC), 2013, five million Americans were suffering from AD and the number is expected to rise up to 14 million by 2050. Moreover, according to World Health Organization (WHO), 2017, approximately 47 million people have dementia and nearly 10 million new cases are reported annually.According to Australian Bureau of Statistics (ABS) in 2013, dementia was the second leading cause of death in Australia. According to Australian Institute of Health and Welfare (AIHW) estimates, the number of people with dementia is expected to reach around 400,000 by 2020, and around 900,000 by 2050. The National Health and Medical Research Council (NHMRC) is working in collaboration with the Australian Research Council (ARC) to priorities and fund new dementia research projects and translate research to improve prevention, diagnosis, treatment and care for dementia patients. Increasing prevalence and incidence of Alzheimer disease and its complication worldwide and rise in demand for therapy is expected to favor the growth of Anti-β-Alzheimer therapies market in near future. Get Discount On This Report: https://www.coherentmarketinsights.com/insight/request-discount/1204About Coherent Market Insights: Coherent Market Insights is a prominent market research and consulting firm offering action-ready syndicated research reports, custom market analysis, consulting services, and competitive analysis through various recommendations related to emerging market trends, technologies, and potential absolute dollar opportunity.Contact Us: Mr.Shah Coherent Market Insights 1001 4th Ave, #3200 Seattle, WA 98154 Tel: +1-206-701-6702 Email:sales@coherentmarketinsights.com

09-13-2021 | Health & Medicine
Ken Research Pvt Ltd
Global Alzheimer Market, Global Alzheimer Industry, Covid-19 Impact Global Alzhe …
Alzheimer's is a progressive disease that leads to the death of brain cells, resulting in memory loss, behavioral issues, and disruption the thought processes. The Alzheimer disease is considered fatal. Age and heredity are the two main risk factors for developing Alzheimer's disease. Several other preventable risk factors have been associated to the development of this disease, including diet, environment, and overall general health. A combination of risk factors is
02-15-2018 | Health & Medicine
Pharamceutical
Anti-β-Alzheimer Therapies That Cut Attacks Hailed As 'huge Deal'
Alzheimer disease (AD) is a type of dementia that affects memory, thinking, language and behavior. Increasing age and high number of people suffering from Alzheimer's with age 65 and older are the major risk factors for progression of this disorder. It starts with mild symptoms and ends with severe brain damage in which individuals lose the ability to carry on a conversation and respond to their environment. According to Alzheimer
09-22-2017 | Advertising, Media Consulting, …
MarketResearchReports.biz
Alzheimer Diagnostic Tests Market - Medical Devices Pipeline Assessment, 2017 | …
"The Latest Research Report Alzheimer Diagnostic Tests - Medical Devices Pipeline Assessment, 2017 provides information on pricing, market analysis, shares, forecast, and company profiles for key industry participants. - MarketResearchReports.biz" About Alzheimer Diagnostic Tests Market GlobalData's Medical Devices sector report, Alzheimer Diagnostic Tests - Medical Devices Pipeline Assessment, 2017" provides an overview of Alzheimer Diagnostic Tests currently in pipeline stage. The report provides comprehensive information on the pipeline products with comparative analysis of
06-30-2017 | Health & Medicine
PNS Pharma
US Alzheimer Drug Pipeline Analysis
In US, the Alzheimer's disease is the 6th leading cause of death overall and among those aged 65 and above, it is the 5th leading cause of death. While the deaths from major diseases, like heart disease have decreased, the death due to Alzheimer's have increased by more than 60% between 2000 and 2012. The total number of patients having Alzheimer’s disease was 5.4 million in 2012. Out of this,
06-05-2017 | Business, Economy, Finances, B …
Alzheimer Market
Global Alzheimer Market Report: 2015 Edition | Now Available at Researchmoz.us
Researchmoz added Most up-to-date research on "Global Alzheimer Market Report: 2015 Edition" to its huge collection of research reports. Alzheimer’s disease is defined as an advanced neurological disorder that increasingly deprives patients of their memory and ability to carry out daily activities. As it grows in a human brain, individuals are likely to practice difficulties in linguistic, agility and insight along with negative changes in the character and performance such as
03-23-2016 | Media & Telecommunications
Letstrak
Personal GPS Tracker to Keep Care of Suffering Alzheimer Patients
A GPS tracker is appropriate for Letstrak who are worried about keeping track of their loved ones. Many Alzheimer’s patients can get lost accidentally as they have trouble remembering why they left home and where they are going. By using a tracker, Letstrak can keep track of elderly patients without needing to be by their side 24 hours per day. The device is easy to secure on the wrist and
Comments about openPR
We publish our press releases on openPR.de because we like people who are "open" - just like us.
Frank Obels, CEO, INCONET - Informationssysteme, Communication und Netzwerkberatung GmbH