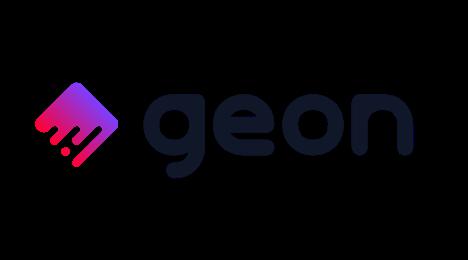 December 11, 2018 – Gibraltar - Geon Network Limited (“GEON”, “Geon Network” or “Company”) today announced that the release of its Geon Network App (“GeonApp”) available at the Apple Store and Google Play has reached its first major milestone with over 10,000 user downloads. The initial alpha Geonapp was launched for Android OS on October 25, 2018 and for iOS on October 27, 2019.These are exciting times for the Geon Network. In early October 2018, Geon Network filed a US Patent Application #: 62/743,365 for GEOMINING – DISTRIBUTING DIGITAL ASSETS USING GEOLOCATED BEACONSSince the launch of the GeonApp in late October, Geon Network’s global community has been and continues to grow rapidly with strong supporters emerging in multiple countries, boosting local adoption. To date, over 5,000 GEONs have been created all around the world and the total number of GeonApp downloads recently surpassed 10,000. According to statista.com, this places the GeonApp in the top 13% of the most popular (by number of downloads) apps available for Android OS if compared to the statistics available for Q1 of 2018.“We are overwhelmed by the response. It’s great to see that people all around the world understand our vision and most importantly - enjoy participating in it.” - Robert Radek, CEO.During the coming weeks, the Company plans to introduce many new features, bringing real-world value to the Geon Network further boosting adoption. The release of the GEON token to the public and its implementation within the GeonApp is expected in late Q1 2019, however, other business and user engagement initiatives will be implemented as early as the second half of December 2018.Geon Network is about to run its GEONs for the Holidays promotion, wherein 100 secret message GEON beacons will be planted all over the world. Each will contain a cryptocurrency wallet address with funds available to collect by the local community. The promotion will highlight one of many ways that the GeonApp can be used in various marketing and charity scenarios, while engaging its user base. More details about the promotion will be released in the coming days via official company social media channels as listed below.Geon Network is also busy with finalising deals with highly respected business partners around the world. This will result in various companies using the GeonApp to boost their own marketing strategies. Discount codes and other forms of digital goods distribution is planned to begin before the end of the year.More information on Geon Network’s upcoming partnerships and features will be released shortly.The Company has recently received public accolades for the launch of GEON. Please visit www.geon.network for more information.Geon Network Limited is continuing to review financing offers and interested parties should contact Mr. Robert Radek, CEO.About Geon Network Limited – www.geon.networkGeon Network Limited, a Gibraltar Corporation is the owner and operator of the Geon Network.The Geon Network is a platform that delivers a brand new class of applications based on geolocation. Secured by blockchain technology and enhanced by augmented reality, Geon Network represents an entirely new way to distribute value.What makes Geon Network stand out is that the recipient does not have to have an address stored on the blockchain in order to receive funds. Instead, they simply provide a proof-of-location to validate the transaction on the network. All of that is done via the Geon Network app running on IOS/Android.The Geon Network App is a tool which helps you securely transfer, exchange and store value, regardless of the local infrastructure – using only a smartphone. The transfer of value is done via GEONs – virtual beacons planted in specific locations via the Geon App. GEON beacons hold GEON Coins, which can be acquired either by converting fiat or cryptocurrency, or through geomining, a brand new mining concept based on proof-of-location, introduced by the Geon Network.For more information please contact:Robert Radek Chief Executive Officer Geon Network Limited rradek@geon.network +48881703250Medium blog: https://medium.com/@geon Linkedin: https://www.linkedin.com/company/geon-network/ Facebook: https://www.facebook.com/geonnet/ Twitter: https://twitter.com/GeonNetwork Telegram: https://t.me/geon_network GitHub: https://github.com/geonnetwork Instagram: https://www.instagram.com/geonnetwork YouTube: https://www.youtube.com/channel/UCCewWl9KZpXJabHE9P0QFHAGeon Network is a service that allows you to create virtual objects (Geons) located anywhere in the world. You can deposit funds (Geon Coins) in Geons, which can be withdrawn by anyone nearby. In order to withdraw, users need to complete the tasks defined by the Geon creator.Geon Network 6 Bayside Road Gibralter

01-25-2019 | Business, Economy, Finances, B …
marketstudyreport.com
Water Network Management, Water Network Management trends, Water Network Managem …
MarketStudyReport.com adds a new 2018-2023 Global Water Network Management Market Report focuses on the major drivers and restraints for the global key players providing analysis of the market share, segmentation, revenue forecasts and geographic regions of the market. This report presents a comprehensive overview, market shares, and growth opportunities of by Water Network Management product type, application, key manufacturers and key regions. Over the next five years, Water Network Management will
06-15-2018 | IT, New Media & Software
kbvresearch
Network Optimization Services Market
According to a new report Global Network Optimization Services Market, published by KBV research, the Global Network Optimization Services Market size is expected to reach $9.6 billion by 2023, rising at a market growth of 13.6% CAGR during the forecast period. The Professional market holds the largest market share in Global Network Optimization Services Market by Type in 2016, and would continue to be a dominant market till 2023. The Managed
04-27-2018 | IT, New Media & Software
ReportsWeb
Global Network Sandboxing Market
The report provides a detailed overview of the industry including both qualitative and quantitative information. It provides overview and forecast of the global network sandboxing market based on type, business size and end-user industry. It also provides market size and forecast till 2025 for overall network sandboxing market with respect to five major regions, namely; North America, Europe, Asia-Pacific (APAC), Middle East and Africa (MEA) and South America (SAM). The
08-10-2017 | Business, Economy, Finances, B …
ReportsWorldwide
SWOT Assessment: Ariba Network
ReportsWorldwide has announced the addition of a new report title SWOT Assessment: Ariba Network to its growing collection of premium market research reports. Introduction This SWOT report provides an assessment of how the SAP Ariba Network has developed and looks at its strengths, weaknesses, opportunities, and threats. For a Detailed description and table of contents of this report please click here: https://www.reportsworldwide.com/report/swot-assessment-ariba-network Highlights The Ariba Network is an end-to-end procurement solution that
04-29-2015 | IT, New Media & Software
Model Engineering Solutions GmbH
MES Joins SafeTRANS Network
Berlin (Germany), April 28, 2015: Model Engineering Solutions (MES), specialists in embedded software from Berlin, has become a member of the international competence network SafeTRANS. SafeTRANS is an association of prestigious enterprises and scientific institutions that ensures exchange between research and industry in embedded systems for transportation. The goal of the network is to increase the safety of transportation with the help of cutting-edge technology and optimized processes. Focus of the
09-03-2013 | Business, Economy, Finances, B …
No B.S. Guitar - How To Play Guitar
PR 24x7 Network Limited
PR Agency in India PR 24x7 Network Limited is today North India's largest network, Public Relations Company. It has not only team of dedicated 75 members, but strong network spread over 22 cities also, through which company has been serving the country by effective PR services. PR 24x7 Network Limited is ISO 9001:2008 Certified company for global standard and Asia's first company to have SA 8000:2008
Comments about openPR
OpenPR is clearly structured and remains true to its principle of confining itself to the essential parts. OpenPR has proven to be a very good and reliable partner to our media agency: Within the shortest time the releases are online and go down well with the media representatives. The success of OpenPR is reflected in the steadily increasing number of press releases. It is good that OpenPR exists!
Ursula Koslik, Director Marketing & PR, F+W Hamburg