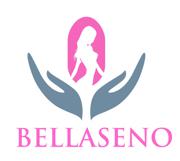 - Leipzig-based start-up prepares for first clinical trial in 2019Leipzig, Germany, December 06, 2018 - BellaSeno GmbH, a company developing absorbable implants using additive manufacturing technology, today announced it was awarded the 2018 Award for Cultivating Excellence by RegMedNet for its innovation, creativity, professionalism and investment in young professionals. BellaSeno won the public vote after five finalists were shortlisted by an expert jury. The award was established in 2017 to increase the visibility of the most valuable players in regenerative medicine.BellaSeno was founded in 2015 by a group of seasoned regenerative medicine and medtech specialists and is located on Leipzig’s BioCity campus. To date, the Company has raised EUR 3.2 million in public grants and private equity, e.g. from Herbert Stadler, one of Germany’s top bioentrepreneurs, the Saxony Development Bank (SAB) and the European Fund for Regional Development (EFRE).The Company is developing novel, non-silicone-based breast implants from a biocompatible and absorbable polymer that is FDA-approved and CE-marked for a variety of other clinical applications. Multiple preclinical studies have shown that the implants are slowly absorbed by the body. During the process, the implant guides the growth of natural tissue from lipoaspirate, which is derived from the patient's own body via a routine liposuction procedure. After the implant has been fully absorbed, the result is a natural tissue with no foreign body remnants. BellaSeno’s implants are produced via additive manufacturing (AM), more commonly known as 3D-printing. „As a young company in the implant and regenerative medicine field, we feel honored by the award,“ said Dr. Simon Champ, CEO of BellaSeno. „We are a diverse team of young engineers and biologists from around the world. Our goal is to advance additive manufacturing towards the development of new, flexible, absorbable breast implants.“BellaSeno’s first product, Senella®, is a patented, porous, absorbable implant which will provide a step change in the quality of life of breast reconstruction and augmentation patients around the world. The Company believes it has the potential to disrupt the current breast reconstruction and augmentation markets, which at present are dominated by silicone implants. Comprehensive clinical trials are planned to commence in 2019.RegMedNet is a community site that unites the diverse regenerative medicine community. The award comes with a month-long special feature on RegMedNet, featuring interviews with lab members and selected published research. BellaSeno will also receive a one year-long subscription to a Future Science Group title of their choice, and 50% off open access fees for up to five articles published in the peer-reviewed journal Regenerative Medicine.###About BellaSenoBellaSeno GmbH was founded in 2015 and is located on the BioCity campus in Leipzig, Germany. The Company is developing novel absorbable breast implants made by additive manufacturing (3D-printing). The Company has received substantial financial support from private investors as well as from the Saxony Development Bank (SAB) and the European Fund for Regional Development (EFRE). The company is thereby co-funded from tax resources based on the budget adopted by the members of Saxon State Parliament. About Senella®Senella® is a patented porous implant made of absorbable Polycaprolactone (PCL) containing highly-specialised topological and design features, which act as recipients for injected fat tissue isolated with a standard liposuction procedure. The implant absorbs over a span of two years and provides a stable platform for the injected fat tissue to mature, adapt to its environment and stabilize. The clinical end result is a natural breast – without remnants of foreign material and thus alleviates the complications found in current breast reconstruction and augmentation approaches.BellaSeno GmbH Dr. Simon Champ Deutscher Platz 5a (BioCity) 04103 Leipzig Germany simon.champ@bellaseno. com Tel.: +49 176 8033 7273Media Inquiries akampion Dr. Ludger Wess / Ines-Regina Buth Managing Partners info(at)akampion.com