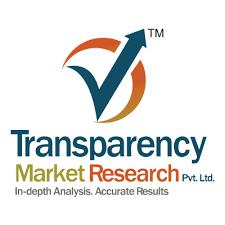 Cosmetics are products used to enhance various aspects of an individual’s appearance. Hair care, skin care, and deodorants are some of the most popular types of cosmetics available in the global market. The global cosmetics market has grown by leaps and bounds in the last few years due to the rising awareness among the global population. The growing geriatric population and its rising demand to maintain a youthful appearance has also had a major role in the expansion of the cosmetics market. Thus, the global cosmetics market is expected to expand significantly in the coming years.The global cosmetics market is primarily propelled by the rising health awareness among the global population and the increasing preference for maintaining a youthful appearance. The aging baby boomer population in the West has also allowed the cosmetics market to prosper, since the elderly are trying to maintain their youthful appearance instead of giving in to the onset of signs of aging. Anti-wrinkle products are thus among the major segments of the global cosmetics market.Get PDF Sample of This Report @ https://www.transparencymarketresearch.com/sample/sample.php?flag=B&rep_id=10667The global cosmetics market is also propelled by the increasing awareness about the adverse effects of pollution on the skin and hair. Due to rapid urbanization and industrialization, pollution has spiraled out of control in many emerging regions, with cities such as New Delhi, Mumbai, Beijing, and Shanghai regularly showing up on lists of the most polluted cities in the world. Air pollution can cause dryness, rashes, and several other minor and major skin and hair conditions, which eventually lead to poor skin health. Due to this, protective cosmetic products are rising in demand to counter the adverse effects of pollution on the body.The possible side effects of cosmetic products on human health are the major restraint on the global cosmetics market. To counter this, companies in the global cosmetics market are increasingly adding natural and organic products to their portfolio. Rather than natural cosmetics emerging as a rival for conventional cosmetics, switching to natural cosmetics is expected to emerge as a feasible and highly profitable strategy for cosmetics industry players in the coming years.The increasing utilization of e-commerce has also emerged as a beneficial factor for the global cosmetics market. Online shopping has allowed manufacturers to establish a sales network in developing regions even without having a major manufacturing plant in the region, boosting the global market.View Our Report @ https://www.transparencymarketresearch.com/cosmetics-market.htmlThe increasing disposable income of consumers in developing regions has also helped the cosmetics market significantly. Owing to their high disposable incomes and rising living standards, consumers in regions such as Asia Pacific, Latin America, and the Middle East are becoming increasingly important for cosmetics industry players, since countries such as China, India, Indonesia, and Brazil have a large population and thus a large potential consumer pool.The Asia Pacific (APAC) market for cosmetics has expanded rapidly in the last decade. The region has become a major player in the global cosmetics market. The rising disposable income of consumers in this region has been a major factor boosting the APAC cosmetics market. Western Europe and North America are the established hubs in the cosmetics industry and are home to several major players in the industry. These factors will result in these two regional markets retaining their high shares in the global cosmetics market in the coming years.Transparency Market Research (TMR) is a global market intelligence company providing business information reports and services. The company’s exclusive blend of quantitative forecasting and trend analysis provides forward-looking insight for thousands of decision makers. TMR’s experienced team of analysts, researchers, and consultants use proprietary data sources and various tools and techniques to gather and analyze information. TMR’s data repository is continuously updated and revised by a team of research experts so that it always reflects the latest trends and information. With extensive research and analysis capabilities, Transparency Market Research employs rigorous primary and secondary research techniques to develop distinctive data sets and research material for business reports.Transparency Market Research State Tower, 90 State Street, Suite 700, Albany NY - 12207 United States Tel: +1-518-618-1030 USA - Canada Toll Free: 866-552-3453 Email: sales@transparencymarketresearch.com Website: http://www.transparencymarketresearch.com Blog: https://factsntrends.com/

01-27-2020 | Energy & Environment
Transparency Market Research
Dynamic Voltage Restorer Market Detailed Assessment Of The Growth Opportunities …
Global Dynamic Voltage Restorer Market: Overview With the ever-increasing demand for power, industries are increasingly deploying systems that ensure uninterrupted generation, transmission, and distribution of power to minimize their losses in terms of revenue, resources, and productivity. This is positively influencing the growth of the global dynamic voltage restorer market. Dynamic voltage restorers are principally accountable for offering reliable and cost effective protection against power fluctuations. They allow consumers to isolate
01-27-2020 | Business, Economy, Finances, B …
Transparency Market Research
Sulphur Coated Urea Market Detailed Industry Scope, Future Market 2027
Sulphur Coated Urea Market: An Overview The sulphur coated urea market is poised to witness robust growth during 2018-2026. Sulphur coated urea is widely used in agriculture for reducing some of the harmful effects of fertilizers including crop burn. These release Nitrogen but in much smaller larger quantities. On average, they release about 32% or 41% of their body weight. The large granual surfaces of coatings was a major problem in
01-27-2020 | Business, Economy, Finances, B …
Transparency Market Research
Ferrovanadium Market Insights On Emerging Scope Prophesy 2027
Global Ferrovanadium Market: Overview In the last 2 years, the global ferrovanadium market has witnesses a surge in price and some remarkable changes in global trade landscape. Price of ferrovanadium has doubled as compared to the price of 2017. Higher prices of ferrovanadium have led to increased demand for its substitutes. A blend of iron and vanadium, ferrovanadium finds abundant use in the assembly of steel. The components of ferrovanadium come
01-27-2020 | Business, Economy, Finances, B …
Transparency Market Research
Silicon Carbide (SiC) Fibers Market Detailed Industry Scope, Future Market Size …
Global Silicon Carbide (SiC) Fibers Market: Overview The search for high-performance composites for various engineering applications has stimulated the rapid evolution of the silicon carbide (SiC) fibers market. Advances in ceramics composites industry has increasingly impacted the market's growth and will continue to do so. SiC fibers and their composites have emerged as robust candidates for researchers and industry players in high-temperature structural applications. SiC fibers use have gathered traction notably

02-11-2019 | Advertising, Media Consulting, …
HTF Market Intelligence Consulting Pvt. Ltd.
Cosmetics Market Is Booming Worldwide
HTF MI recently introduced Global Cosmetics Market study with in-depth overview, describing about the Product / Industry Scope and elaborates market outlook and status to 2023. The market Study is segmented by key regions which is accelerating the marketization. Request Sample of Global Cosmetics Market 2019 by Manufacturers, Regions, Type and Application, Forecast to 2024 @: https://www.htfmarketreport.com/sample-report/1627183-global-cosmetics-market-15 Cosmetics are care substances used to enhance the appearance or odor of the human
05-03-2018 | Business, Economy, Finances, B …
Variant Market Research
Cosmetics Market
SAN FRANCISCO, May. 03, 2018 According to a new report published by Variant Market Research, the global cosmetics market size is forecasted to reach $$488 billion by 2025 from $364 billion in 2017, growing at a CAGR of 3.7% from 2017 to 2025. Geographically, the global dairy alternatives market is dominated by Europe. Click Here to Request
04-19-2018 | Fashion, Lifestyle, Trends
CMI-Research Reports
Huge demad of Color Cosmetics driving the Color Cosmetics market
The global color cosmetics market was valued at US$ 62.36 billion in 2016 and is expected to reach US$ 90.16 billion by 2025, witnessing a CAGR of 4.22% over the forecast period (2017 - 2025), according to Color Cosmetics Market Report, by Product Type (Nail care, Lip Care, Eye Make-up, and Face Make-up) by Distribution Channel (Hypermarkets, Supermarkets, Specialty stores, and Online Stores) published by Coherent Market Insights.Color cosmetics are used to
11-08-2017 | Business, Economy, Finances, B …
ReportsWeb
Latin America Colour Cosmetics Market
The colour cosmetics market in Latin America managed to keep its head above water over 2011-2016. The category recorded a CAGR of 1.7% despite a decline in value occurring towards the end of the period, Chile and Argentina offsetting the impact of economic crisis in Brazil and Venezuela. Direct selling still holds strong as the core channel for colour cosmetics purchases in the region but retail infrastructure is rapidly improving
10-11-2017 | Health & Medicine
OMICS International Conferences
Drug and cosmetics
Drug and Cosmetics Conferences regards each one of the individuals to go to the On “Drug and Cosmetics” amidst October 17-October 18, 2018 in Toronto, Canada which melds brief keynote presentations, speaker talks, Exhibition, Symposia, Workshops. Drug and Cosmetics Congress is one of the meetings and conferences which will be visited by all the prestigious cosmetologists, Scientists, fiery inspectors, postgraduates, affiliations, business meanders under a solitary rooftop. DRug and cosmetics BLESSY MATHEW Program
10-11-2016 | Business, Economy, Finances, B …
SGS
Formulating Cosmetics For Multiple Markets
With all the regulatory information and expertise available, it’s worth considering the destination markets where you want to sell a product as the basis for the formulation you use. For example, when formulating products destined for the US market, you should consider the demands of federal and state legislation – in as many states as you want to sell into. If California is one of them, you need to know if
Comments about openPR
9 o'clock: discuss press release with client, 10 o'clock: submit release to openPR, within the briefest possible time release is published and displayed in a prominent place on openPR.de. I am thrilled!
Zehra Spindler, Calypso Now! - Communication Agency