SCI-FI YES, BUT SO MUCH MORE.


Press release from: SCI-FI YES, BUT SO MUCH MORE. 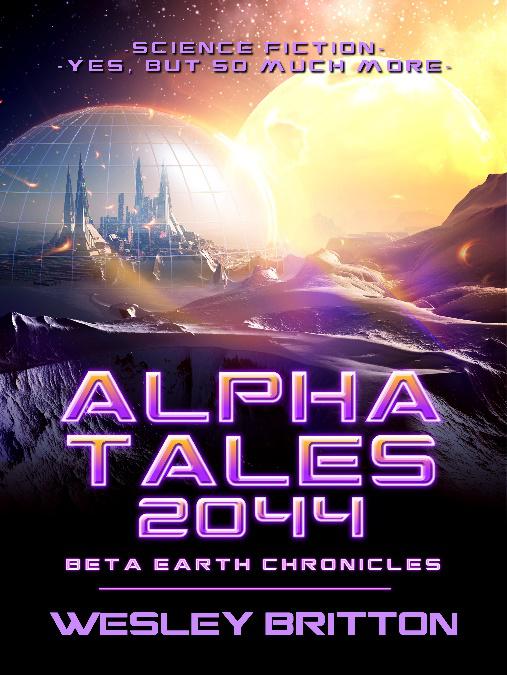 FOR IMMEDIATE RELEASEUSA (Nov 26, 2018) - Alpha Tales 2044: Beta-Earth Chronicles, written by Dr. Wesley Britton, is all set to be released on December 9, 2018 in the Kindle edition. The Beta-Earth Chronicles revolves around three different Earths. One Earth is ruled by an ancient plague that enjoys killing three male babies out of four in their initial year. Another Earth serves as a home to humans that share feelings, thoughts and emotions amongst them. The last one runs 40 years ahead in the future, a planet that is wrecked by global warming and adversely affected by the biological weapons.Alpha Tales 2044 is a Sci-Fi but is so much more than just a fictional story. The story starts from Beta Earth where there are two mutants, genetically enhanced, that are asked to recuperate some stolen secrets. These secrets are known to heal Plague-With-No-Name. on the other hand, on Alpha Earth, Captain Mary Carpenter invades White Supremacists whose desires are Texas purification after years and years of drastic climate changes and weaponized viruses.Forty years in the future on Alpha Earth, Captain Mary Carpenter infiltrates White Supremacists who want Texas purification after decades of drastic climate changes and terrorist-created weaponized viruses. Captain Carpenter then joins a family of four aliens, two from Beta-earth, two from Serapin-earth. All four of these parallel earth visitors have the same father, The Blind Alien, who is the only man to travel across the multi-verse and live on all three earths. His children come to Alpha to tell us about other kinds of humanity on their home planets. However, after the crippling, multiple devastations to Alpha, our descendents don’t want to hear about multiple deities and very different cultures from anything they’ve known. After being imprisoned in a secret city, the alien family escape into a First Nation sanctuary in the former British Columbia. Driven further into the Canadian wilderness, the tribe meet a pair of Sasquatch that change everything. A cornucopia of surprising stories, Alpha Tales 2044 is science fiction written by Dr. Wesley Britton and published by Alien Vision. The tales include sci-fi, murder mysteries, social commentary and horror. The tales are full of adventure, unexpected twists, and will leave you awestruck! Sold by Amazon Digital Service LLC, this is the seventh volume of the Beta-Earth chronicles series. The book is currently available to preorder and will be released on 9th December 2018. For more information, please visit https://www.amazon.com/gp/product/B07KJBSQG5 Media Contact Alpha Tales 2044: Beta-Earth Chronicles Dr Wesley Britton Email: spywise@verizon.net###Kindle Edition of Alpha Tales 2044: Beta-Earth Chronicles Is All Set to Be Published on December 2018USA,10001,spywise@verizon.net

You can edit or delete your press release SCI-FI YES, BUT SO MUCH MORE. here

10-12-2018 | Fashion, Lifestyle, Trends
Mentality Cosmetics, Inc.
Leaked! Earth Tone Holo Collection
Mentality Cosmetics leaks first photo of the highly requested Earth Tone Holographics by Mentality Nail Polish. The 10 piece collection features signature Mentality holographic sparkle in the sunlight, which are subdued indoors for work appropriate settings. Limited collections will be available soon. Find out more information at http://www.mentalitynailpolish.com/blog/leaked-earth-tone-holographic-collection Mentality Cosmetics, Inc. is owner of the world's most exclusive nail polish brand. Founded in 2012, they survived corporate sabotage by their manufacturer and successfully
04-18-2017 | Advertising, Media Consulting, …
Fior Market Research
Global Lutetium Oxide Market 2017 - Treibacher, China Minmetals Rare Earth, Long …
Global Lutetium Oxide Market Research Report 2017 Global Lutetium Oxide Market 2017, presents a professional and in-depth study on the current state of the Lutetium Oxide market globally, providing basic overview of Lutetium Oxide market including definitions, classifications, applications and industry chain structure, Lutetium Oxide Market report provides development policies and plans are discussed as well as manufacturing processes and cost structures. Lutetium Oxide market size,
03-01-2017 | Advertising, Media Consulting, …
Global Market Research
Global Rare Earth Metals Market 2017- Beifang Rare Earth, Jiangtong Rare Earth, …
Global Rare Earth Metals Industry 2017 is a comprehensive, professional report delivering market research data that is relevant for new market entrants or established players. Key strategies of the companies operating in the market and their impact analysis have been included in the report. Furthermore, a business overview, revenue share, and SWOT analysis of the leading players in the Rare Earth Metals market is available in the report. Download Sample Report
09-06-2013 | Industry, Real Estate & Constr …
Earth Infrastructurs Limited
Earth Titanium and Earth Gracia Get Propitious Commencement
Bhoomi Poojan of both the Greater Noida based Projects with Excellence and Lifestyle Earth Titanium is a Hi-Tech City of Excellence studded with modern offices, IT spaces, studios, retail, villas and institutional areas. Earth Gracia is a high-end open lifestyle based residential project which gives the feeling of openness at the very first impression. Many new and ground-breaking real estate projects in Delhi - NCR have made the region as one of the
01-24-2013 | Arts & Culture
Strychnin Gallery
ATTENTION EARTH!
It’s the year 2013, if you’re reading this Earth has shockingly survived the Mayan prediction and prophetic date of December 21st, 2012. Since this is being written in the past, it’s not certain what has happened to humankind. Did Earth collide with planet X? Or was the cataclysm of 2012 a positive physical and/or spiritual transformation for humanity. Be as it may, hopefully this day will mark the beginning of
04-13-2012 | Industry, Real Estate & Constr …
Earth Infrastructurs Limited
Earth Iconic launched in Gurgaon
It’s called Earth Iconic, and it’s sure to roll-up into a rage in the Gurgaon realty sector. Delhi NCR-based realty major Earth Infrastructures Ltd. launched its yet another ambitious project called Earth Iconic at Sector-71 in Gurgaon. Spread across 3.75 acres of prime landscape and set within the increasingly popular concept of commercial mixed land use, Earth Iconic offers retail shops, entertainment zone, food courts, studio apartments and unfurnished
Comments about openPR
9 o'clock: discuss press release with client, 10 o'clock: submit release to openPR, within the briefest possible time release is published and displayed in a prominent place on openPR.de. I am thrilled!
Zehra Spindler, Calypso Now! - Communication Agency